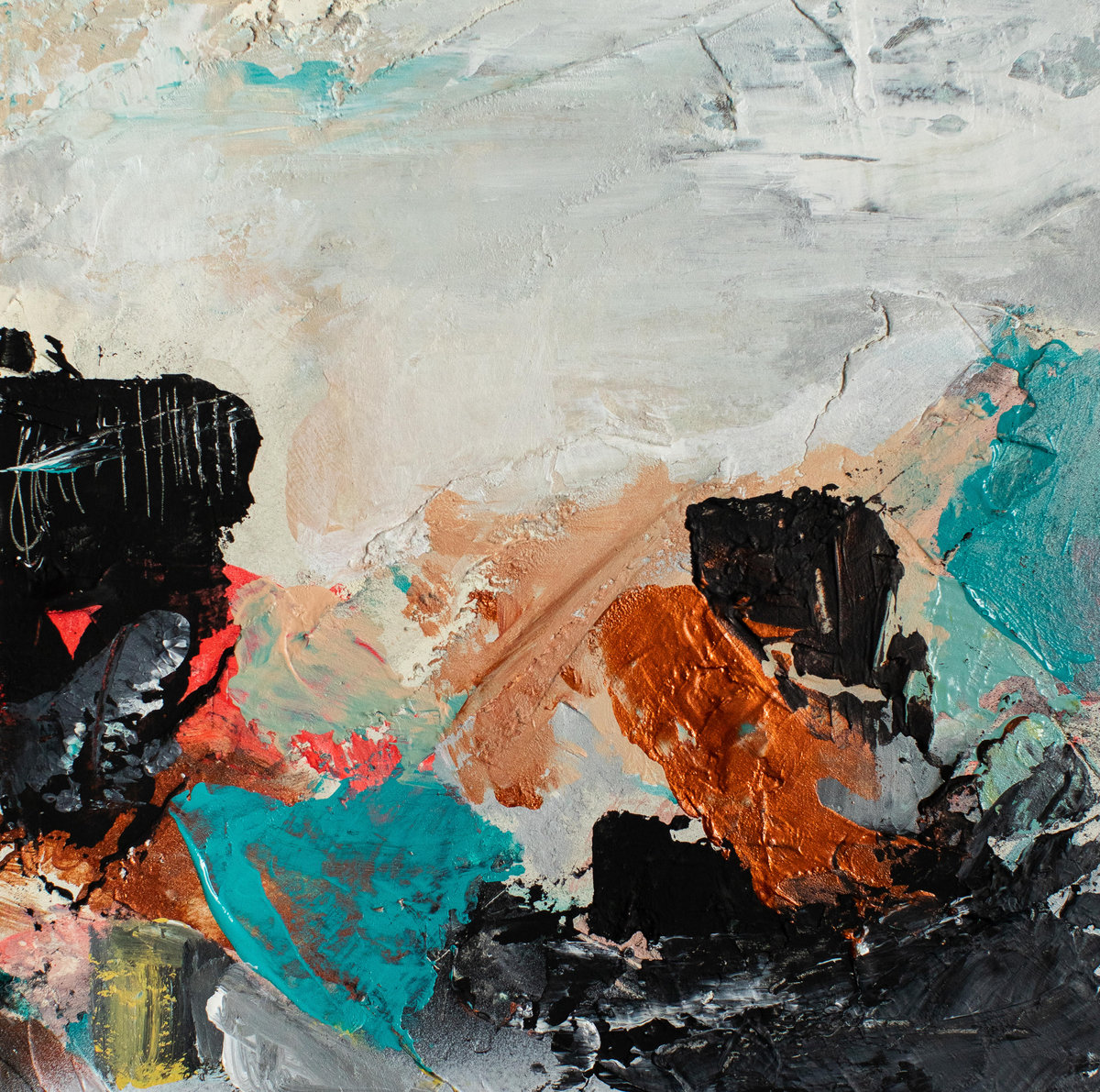 It’s easy to see where Khamsin draws influence from. They wear them proudly on their sleeve, clear students of the Mean Everything to Nothing school of quiet-loud, ’90s-influenced alt-rock. It’s a sound that hasn’t ever really gone out of style since; bands like Microwave, All Get Out, and The Republic of Wolves each, for example, took the blueprint Manchester Orchestra laid down and created something fresh from it. Khamsin is only the latest of these; though they might be part of a clear lineage, they never come off as derivative or uninspired. Contrarily, their debut LP What’s Left of Life arrives fully-formed, a welcome addition to the canon.

Khamsin, for the most part, filter out much of the post-hardcore stylings those bands pepper their records with; instead, generally, What’s Left of Life is a mid-tempo, milder affair. The dreamy, twinkling “Permanent” was a fitting single for the record, a good taste of the general vibe of the LP; it’s meandering and sparse until it hits its driving, almost-spoken-word chorus–a clear nod to Catch for Us the Foxes-era mewithoutYou. That it leads into “Limbs as Pages (Pt. 2)” is surely no accident; for much of its first minute it seems to follow the same trajectory as “Permanent,” but when it bursts into its chorus the band ratchets up to ten, and by the second chorus Jacob Curry is shouting until the song collapses into a pummelingly heavy minute-long denouement.

It’s one of the few moments on the record when the band allows their heavier side to shine through, and the only moment outside the first half of the LP that can really be described that way. The swirling opener “Dye Front” flirts with post-rock, not terribly far removed from the sorts of things Pianos Become the Teeth were doing on Keep You, and when it gives way to feedback and then into the raucous, messy “Conjuring,” it almost appears like a bait-and-switch; indeed, with its gnarled, overdriven bite, “Conjuring” immediately calls to mind Colour Revolt, Curry’s strained, desperate wails only solidifying the comparison with their resemblance to Jesse Coppenbarger’s. “Sycamore” follows, which flits between crushing and dissonant riffs and languid, ambient passages. Khamsin’s “Our World Is Grey,” it’s one of the few songs on the record to feature unclean vocals, and it’s perhaps the song that best shows off Khamsin’s range; its final two minutes find the band at their most patient, their most somber, and their prettiest, a dreamy, extended outro built on a fuzzy bassline and eerie, hazy riffs, and everything that precedes it is a slow crawl upward to the song’s urgent, piercing bridge. Inside of Khamsin there are two wolves.

The record’s final third is its most pared-back–each successive trio of songs, generally, gets a little bit softer; the sub-two minute “Every Morning” is the record’s slowest and quietest composition, a repetitive, droning dirge that bridges the crunch of “Limbs as Pages (Pt. 2)” with the hazy title track. Like the other two singles, “What’s Left of Life” is built on the same pull-and-release tension that bands like Caracara are making careers off of; the track teeters on the edge of explosive release for two and a half minutes, teasing a crescendo well before delivering. When the feedback signals that it’s here, it should feel cheap–it’s been clearly telegraphed for over two minutes!–but the band sells it; there’s such conviction in Curry’s voice when he cries out, “Won’t take down my harp and sing / I keep dragging my feet ignoring all of the things that are right / I’ll stick to my slingshot and stones / I’ll aim for the sky and let it all come back to me” that is doesn’t matter how clear it was this was all coming the whole time.

That final verse, buried under crashing cymbals and snakelike riffs, carries the weight of a latter-day mewithoutYou track, and it’s a fitting way to close out What’s Left of Life. It doesn’t end there, though, as the barebones “Follow” closes out the LP. Where one might expect a grandiose finale, Khamsin bucks the trend and ends things off with an intimate ambient piece. “Follow,” recorded six months after the rest of the record and consisting almost exclusively of Curry’s voice and some haunting, booming choral harmonies, feels more like an epilogue than a conclusive final statement; it’s nonetheless a fitting closer for a record so concerned with absence. What’s Left of Life might tread a well-worn path, but it does it well, and Khamsin’s own footprints are clearly visible. It’s easy to imagine, one day, a world where young bands look to Khamsin in hopes of writing their very own What’s Left of Life.

What’s Left of Life is out tomorrow but is premiering a day early below:

The Alternative is ad-free and 100% supported by our readers. If you’d like to help us produce more content and promote more great new music, please consider donating to our Patreon page, which also allows you to receive sweet perks like free albums and The Alternative merch!