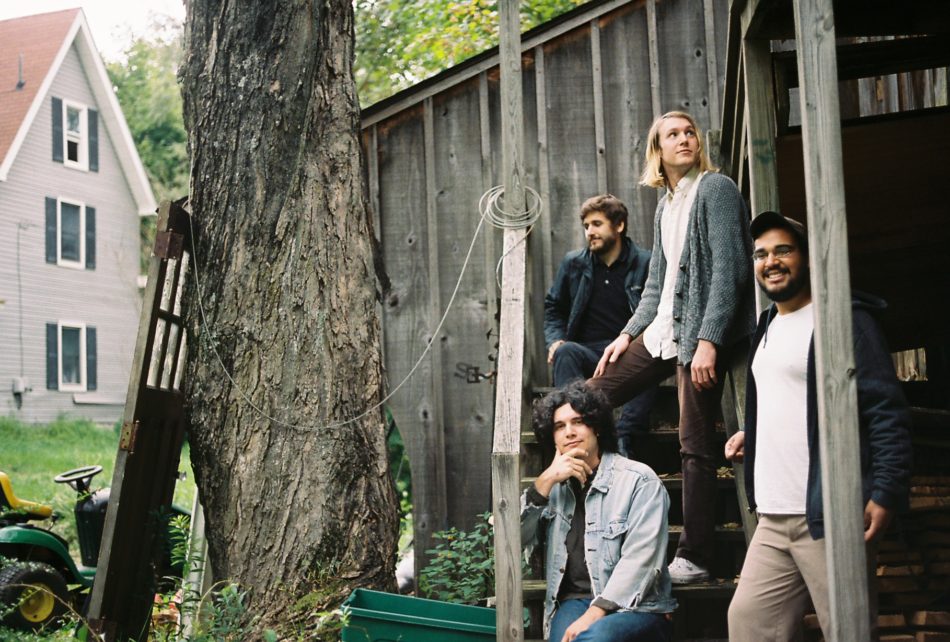 We are excited to be premiering the video for “Feeling Shot” by Three Man Cannon. The song has a slow burn appeal to it, with vocals that smoothly ride over top the chord progression, leaving listeners in a vibrant daze. What is really highlighted in this track is the ambiance swirling behind the main progression, creating a distinct and memorable atmosphere. This particular section of the song comes into the foreground for the closing number. The song is off of the band’s upcoming self-titled release, out via Lame-O Record on March 16th.

“All footage for the video was recorded between 2006 and 2008 by Spenser’s dad, Dink. It was during a time where we were very much figuring it out as we went and also super embarrassed to have parents at a show filming. Trying to be cool teens, lol. That apprehensive attitude faded with time and having that footage now feels invaluable, if also cringeworthy. Nothing like seeing yourself 12 years ago with all your formative expressions and actions.

With the “Feeling Shot” video we want the unbounded energy and optimism of being young to coincide with the weight of living another few years, feeling the burden of existence and pressure to ‘grow up’ *eyeroll* ”  – Three Man Cannon

Three Man Cannon formed in the young, tight-knit DIY community of Scranton, Pennsylvania. Playing together since high school, the band developed a unique blend of driving K Records-inspired indie rock, laid back 60s folk, and droning croons that can be heard throughout their new album.