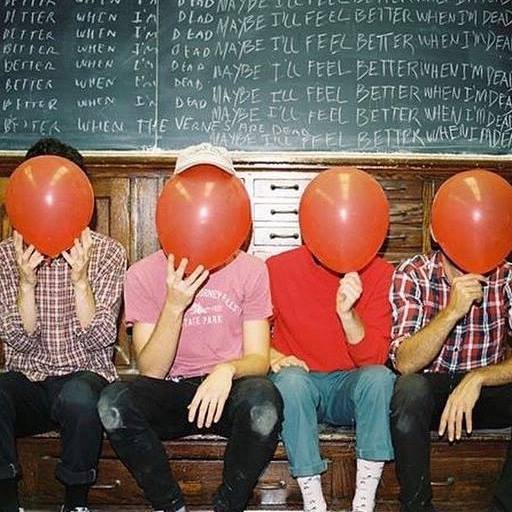 Philly rockers The Vernes’ latest single “Time (Cool Version)” jumps right in with a preview of the chorus followed by a melodic synth line and bouncy guitar that carry the verse forward at an energetic pace. The group describes the song as “a stream of thought collection of words written while wandering home drunkenly through the streets of Philadelphia one night.” The frantic energy of the music plays well off the refrain of “take your time,” as the instrumentation seems to be doing anything but that. It’s the first track off the group’s excellent upcoming record NUCLEAR WINTER.

The video, directed by band member Fabi Mera, shows the band as “four Sad Dads, having a bummer day,” as Mera says.  “Pat gets caught slacking on his chores by his wife, Fabi gets yelled at by the boss, Matt gets bested by a fish, and Cole gets rained on as he grills. The video ends in chaos, with each dad taking out their frustrations in a moment of chaotic vengeance. Does it have anything to do with the song? Maybe. I don’t know. I haven’t read Matt’s lyrics.”

Check it out below and look for “Time (Cool Version)” on streaming services tomorrow and NUCLEAR WINTER out on November 19.