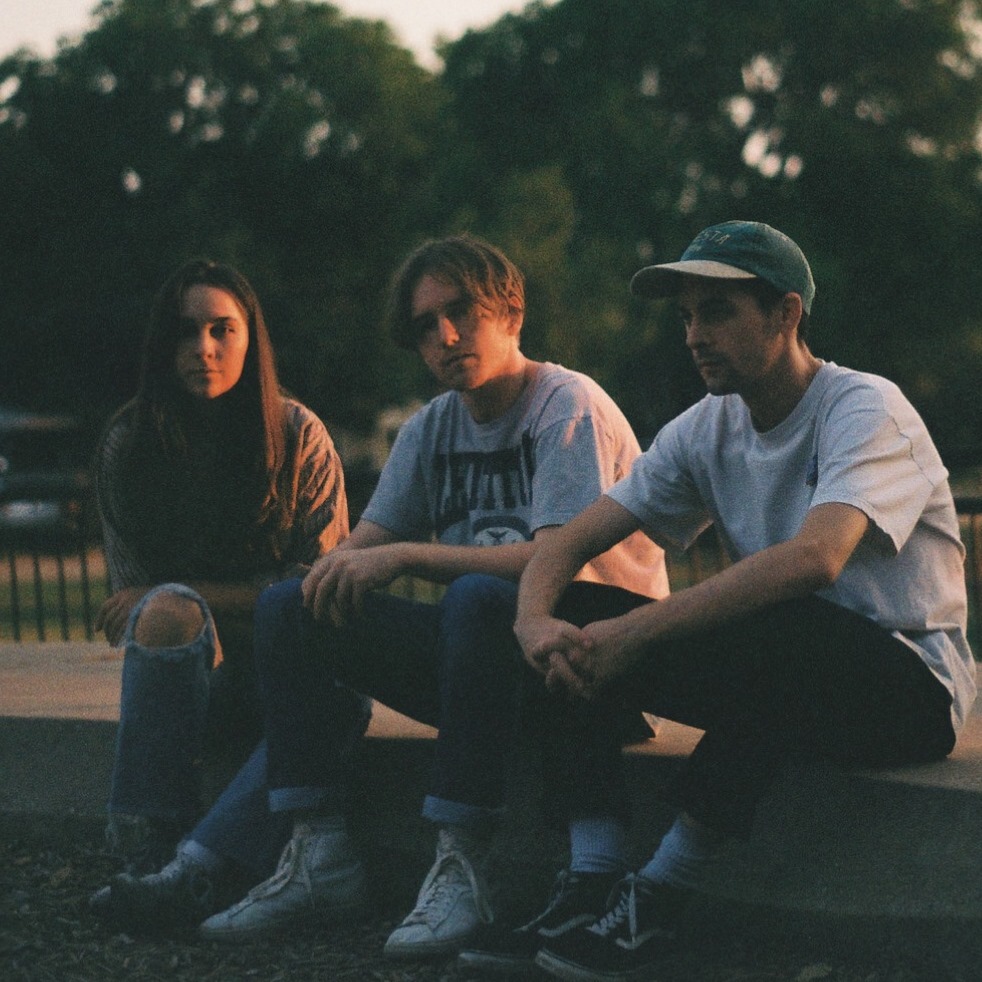 Crisman’s music has a way of evoking the insular experience of a young person sinking into the dull days of adult life. Their patient, shimmering self-titled debut LP, out last month on Topshelf, juxtaposes a nostalgic visual curiosity with a kind of wonder at the uncertainty of aging—“paint a portrait of me/future self we’ll see,” Madeline Dowd sings on the opening track, “Portrait.”

When I listen to Crisman, with its slowly noodling guitars and steady demeanor, I can’t help but be reminded of Death Cab For Cutie’s classic We Have the Facts and We’re Voting Yes—another album that stoically emanates a kind of claustrophobic, low-key coming of age. While Crisman, in contrast to that album, is noticeably less anxious, it does maintain that familiar feeling of isolation that comes with being out there on your own.

The “Surprise” video, which we’re premiering below, reflects that isolation—the only two characters appear to be Dowd and a personified bag of ice from the gas station, having a whole day to themselves in an empty town. The playful, VHS-recorded aesthetic of the video is a perfect match for the vibe of the album, full of songs that pull a past self’s images and attitudes into the present not with sadness or regret, but with careful honor.

Check out the video and read our Q+A with Dowd about the making of the album below.

Statement from Maddie about the video:

The video for “Surprise” revolves around dependency, letting go, and urgency versus patience. The story starts as the main character purchases ice from the local ice store. The video showcases a relationship between the main character and the bag of ice—they spend time together through activities such as playing basketball, going to the park, feeding the ducks etc. Eventually the ice starts to melt and their relationship starts to dwindle. The ice eventually melts away and the character is confronted with feelings of emptiness and loneliness. Being able to bury these emotions and ultimately come to terms with them is what this video is talking about.

The Alternative: Tell me a little bit about the recording of Crisman. What was that experience like?

Madeline Dowd: We all started out making music in our rooms, independently at first, but the project slowly became more collaborative over time. Some lo-fi textures were hard to recreate live, so a lot of songs eventually had to be reworked for the live set. Through this, some tracks sounded so different that they felt more like new songs, so we thought it would be cool to have an album that represents how we sound as a live band. It was definitely a new, and different, experience being in a studio and working with hi-fi equipment, but we still drew inspiration from the original Crisman Tape, and tried to retain some of those unique lo-fi qualities. Brack Cantrell [who recorded and mixed the Crisman LP] understood the sound we were going for, so it was really easy to work with him and we’re really happy with his production.

Is there any song on the record that was particularly challenging to finish? Why?

All of these songs were written over such a long period of time that we never really pictured them as part of a full-length album. Most of them were written just for fun and without the pressure of a release, so they came pretty natural. It has been exciting to work through all of these songs with Boone [Patrello, guitar and piano] over the last few years and together figure out how to make them sound as good as they can.

What inspired you during the writing of this album? Could be music, books, anything like that.

These songs started coming together about three to four years ago, so there has been a wide variety of inspirations in that time. Listening to other music is what motivates me to start writing the most, especially what people around me are making. Boone and Grahm [Robinson, drums] are always finding new music and showing me their new recordings, so being involved in their projects and playing in their live bands has always been a close source of inspiration.

Madeline, you’re a visual artist as well as a musical one. Does your visual art inform your musical art? How so?

Not in a direct way, but definitely in the actual process of making something. Creating is a way to get out of my head, so I like to keep an open mind and try not to hold myself to any specific plan or boundaries. When I overthink, it starts to feel wrong and too calculated, which can feel disorderly, but working through that disorder is what makes art therapeutic for me.

Do you have a favorite track on the album? Is there any reason why?

My favorite track is “Go.” That is the most recent song that is on the album so it feels most relevant and relatable to me.

How do you approach writing a new song? What comes first?

It’s always different. A lot of the songs come from the Crisman Tape, so it was a process of handing over what I started to Boone, who helped a lot with the writing process. We worked through the songs together, which made it a lot easier and gave me confidence in the songs. Getting to see something grow into something more than you thought it could be is a cool feeling—it’s exciting to collaborate and see how different ideas from other people mesh together to create something new, something you couldn’t make yourself.

What do you hope a listener will get from listening to Crisman? What kinds of emotions do you think it evokes?

It is a pretty direct and personal album, so I just hope people will connect with the experiences portrayed and the variety of feelings that surround them.

Crisman is out now, buy or stream it here.