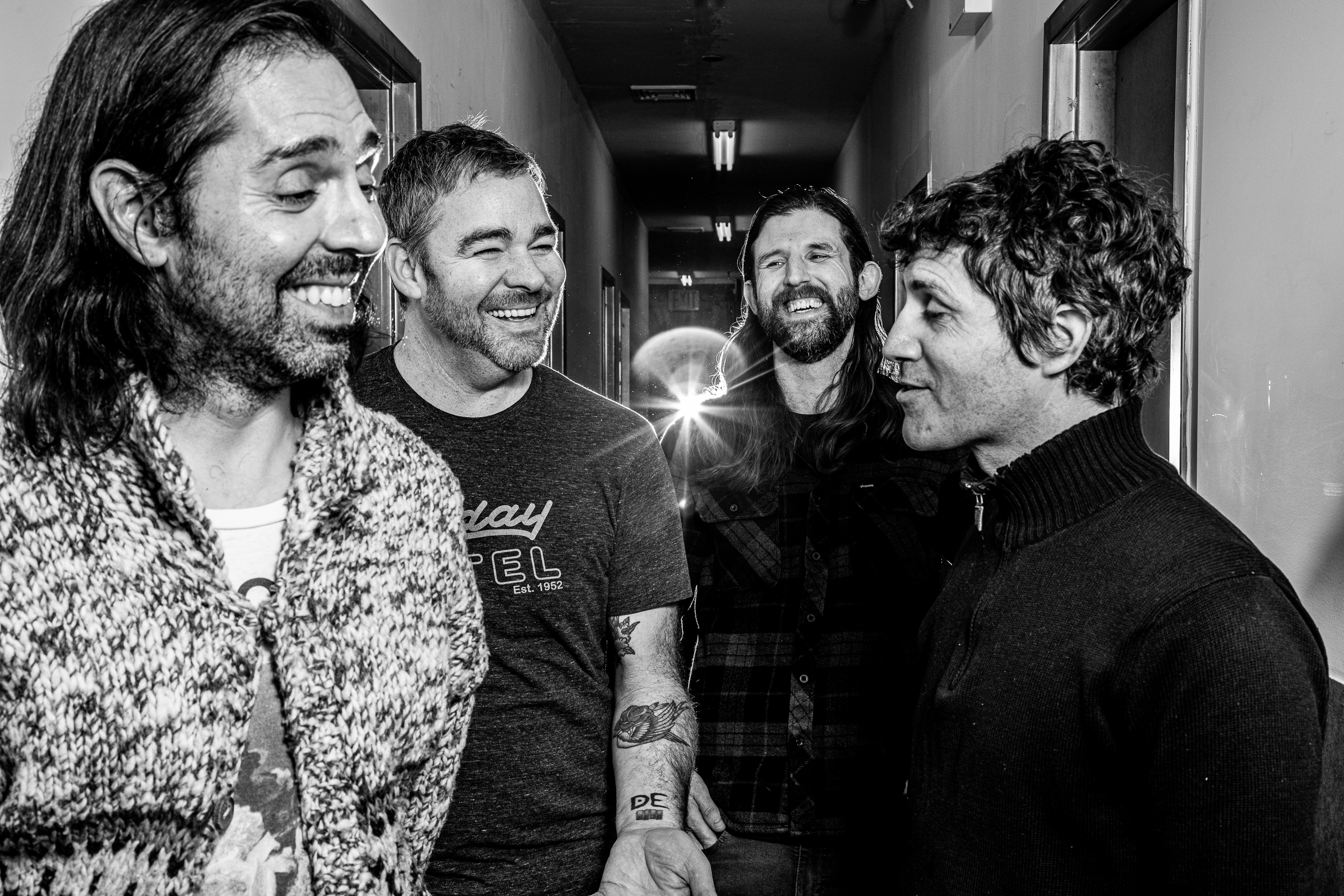 Boasting members of bands as diverse as, among others, The Casket Lottery, Saves the Day, and Small Brown Bike, alt rock foursome Her Head’s on Fire has crafted a sound that resembles none of the above. They’re equal parts gruff and melodic, and when they burst onto the scene with their debut College Rock and Clove Cigarettes it was a breath of fresh air.

Today we’re excited to bring you an exclusive premiere of the video for “Rising Tide,” one of the record’s best cuts, and a great exemplar of Her Head’s on Fire’s strengths. About the video, vocalist Joseph Grillo explains:

I was listening to a conversation between Anderson Cooper and Stephen Colbert about grief after the loss of my father and Stephen said “death is a door to a room in your home that closes, and there’s no knob on the outside. You can never open the door again, yet you yearn to open the door and be in that room once more.”
It made me think of the moments we pass by and connections we miss because of work, or schedules, or the limits of our imagination. I ache to return to certain rooms in my life as we all do, but am motivated by loss to fill the rooms I still have left with as much joy and honesty and passion as I am able.
Michael Feerick (Amusement Parks on Fire) edited together some footage of us from the legendary Liar’s Club in Chicago along with some footage from a couple larger shows we had recently done in Los Angeles.

Check out the video for “Rising Tide” below.

College Rock and Clove Cigarettes is out now on Iodine Records.