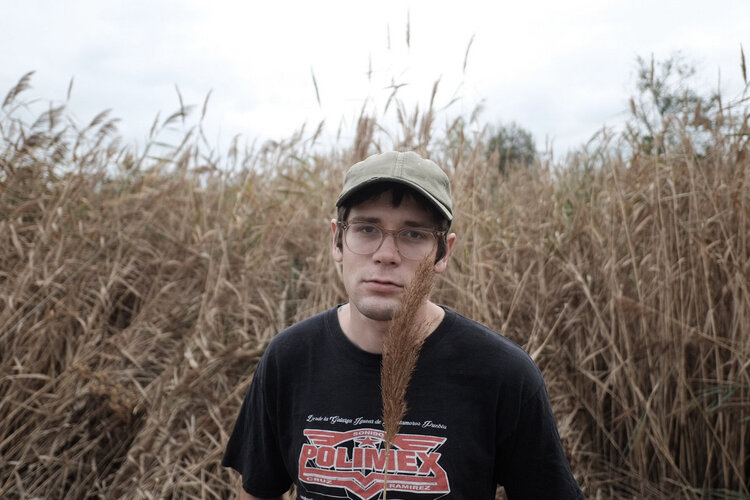 Earlier this year, Philadelphia songwriter Greg Mendez released Cherry Hell, a collection of small, mostly acoustic songs in which Mendez seems to hazily recount a series of dreams that slip seamlessly between pleasant and nightmarish. “I wanna ride your brother’s bike/ I wanna stab his friends sometimes,” he sings with a little Belle and Sebastian quaintness on one of those songs, “Bike.” Mendez is especially good at sliding between sweet and sour in ways that blur the edges of the experience he’s describing—often his songs teeter so deftly between cheerful and sinister that your understanding of the song changes depending on your mood.

“Long Division” is another great example of Mendez’s subtle manipulation of tone. On the surface, it sounds like an agreeable acoustic love song, a charming and pretty ode to a blooming romance. But Mendez describes this seemingly positive attraction with the language of mundane annoyances—”I’ll be the shit on your shoe/ want you to stick/ like I stick to you.”

These muted shifts in mood are drawn out by the song’s new music video, which we’re premiering below. Animated with artwork by Aranza Torres, the “Long Division” video shows the charming attraction of two cartoon cats in a little dark grey and pastel pink world. Much of the video is wonderfully twee, but, like Mendez’s songs, there are subtle implications of something less optimistic below the surface—a heart turns into a tiny raindrop, a frustrated scribble fills the screen, one character disappears into the darkness of another.

Watch the video below:

Cherry Hell is out now and starting today it’s available on CD—you can listen and purchase over on Bandcamp.