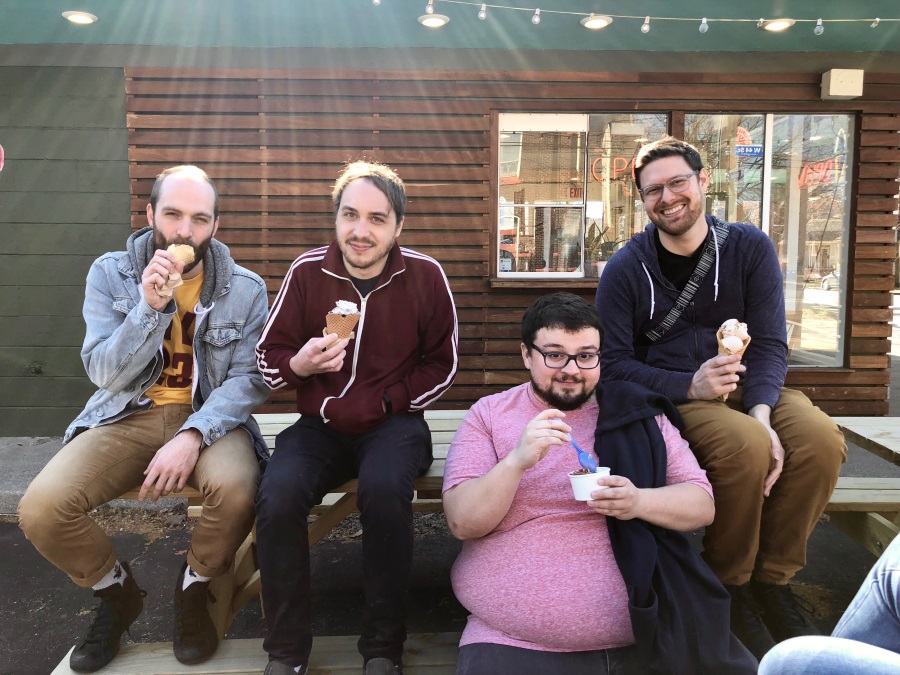 Curtail’s sophomore LP When the Sway Sets, released this spring, was an homage to the indie and alt rock greats of the ‘90s. An amalgamation of shoegaze fuzz, emo dynamism, grunge bite, and pop hooks, it took all the successes of their debut All Your Luck and stretched that record’s sound to its limits. But it goes beyond just the sum of its influences–it’s one of the most impressive releases of the year in its own right.

A case in point is single “Hiya,” for which we’re premiering the video below. A groovy and bright indie rock song, it’s built around an acrobatic hook and a standout on the album. Vocalist/guitarist Jesse Sloan shares, “This is Weekend at Bernie’s meets The Icebox from Little Giants lol. Filmed in Pennsylvania when we were on tour this summer.” Check that out below.

When the Sway Sets is out now on Friend Club.