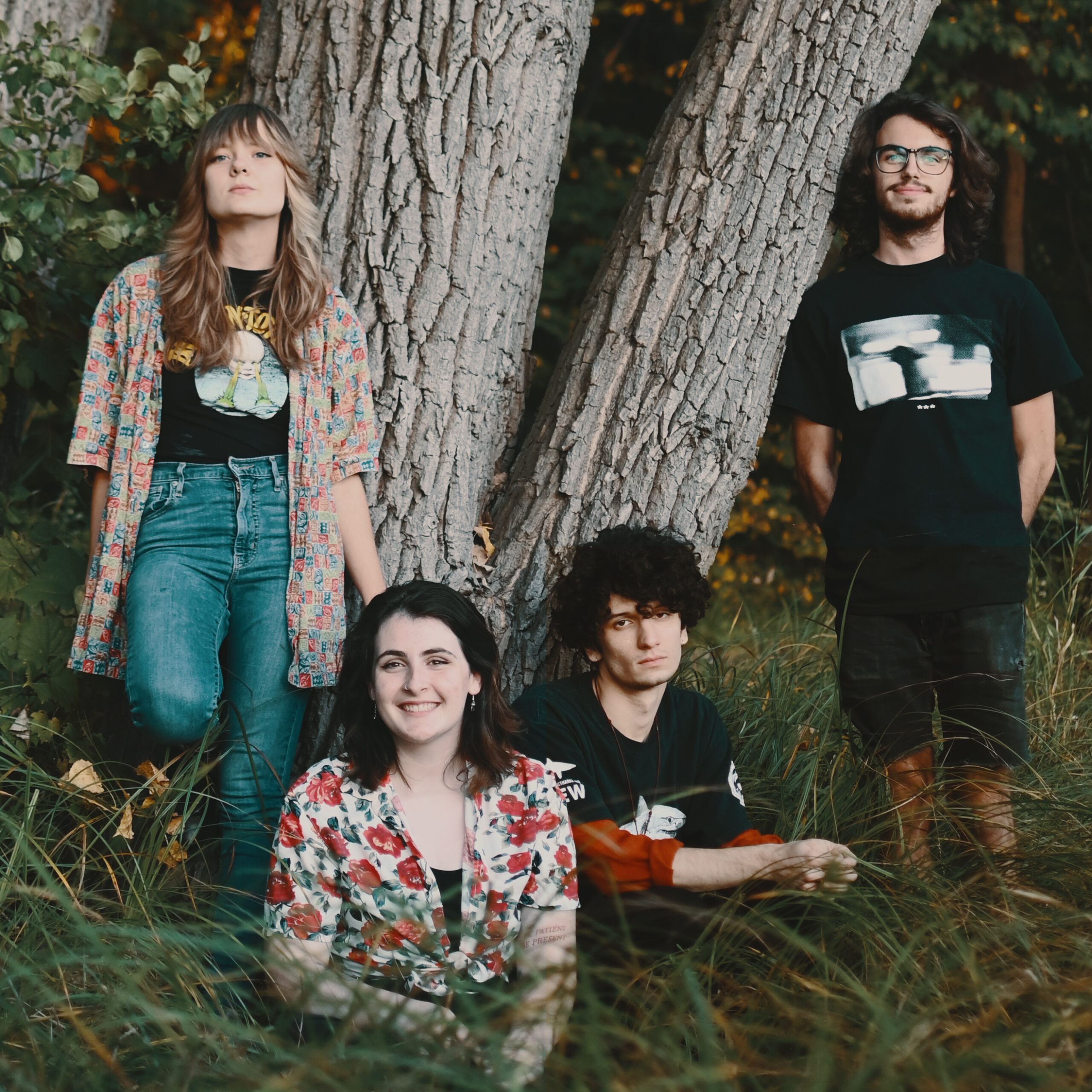 Bugsy is a band that should be on everyone’s radar. Since the release of their EP “Teratoma” last February, the punk-influenced indie-pop quartet has only further refined their ability to create instantly catchy hooks backed by racing guitar riffs. Asking “Do you ever thinking it’s overwhelming?” the group captures exactly what the feeling is like with soaring harmonies and instrumentals that build into a hard-hitting wall of sound.

“The video was shot in my house with a bunch of fun little toy props we bought at the dollar store! My roommate Evv Speers helped with some lighting stuff and behind the scenes stuff but like most of our videos, it was very DIY. I borrowed a camera, set up a tripod, and just filmed us doing random stuff with the bugs,” singer/guitarist Emily Schoonover explains. “I wrote the song while I was in a really bad relationship. I felt stuck, and I was too scared to leave. I felt like because I was distant and because I knew I wanted to leave, that that made me a bad person. I just generally felt bad and overwhelmed all of the time and couldn’t do anything about it. When we recorded the song, I was still dating that person and I feel like as a result, I left a lot of the lyrics vague as an attempt to protect him. I am no longer dating that person now but I still think that this song serves as a really good insight/snapshot into how I felt unsafe even in my own thoughts and how much of it I internalized.”

The song will hit streaming on Friday, February 12th.

Watch the video below: