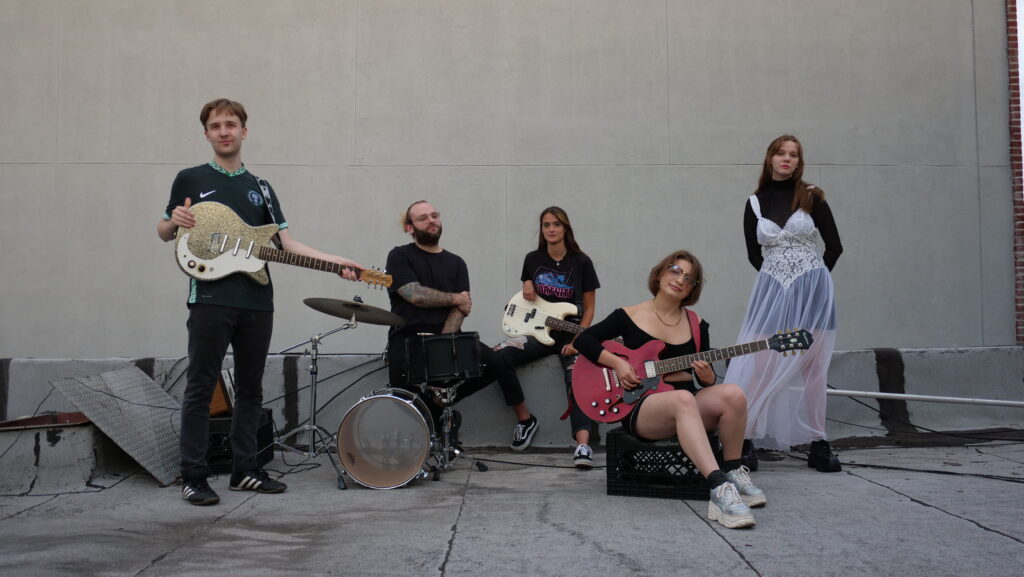 One of the great stories of perseverance through the pandemic was the beginning of the plucky Friend Club Records, a label that I saw take shape in the Midwest Emoposting Facebook group. The brainchild of Rob Frose, the label began in order to release tapes for under-appreciated emo bands—a well that never seems to run dry. They have introduced me to numerous bands that flew below my radar already, but where the label really shines is their commitment to non-English language releases.

Älägator embody this international spirit of emo: the band formed in Edinburg, UK; is currently based in New York City; and, despite residing in the U.S., sing all their songs in Finnish. The band plays a 90’s-inflected slowcore brand of emo, a sound that is constantly on the verge of a revival but is rarely done well. Älägator, however, have their roots firmly planted and are branching out into new and graceful ways to layer their melodies. Comprised of founding members Jemina Amunet and Nate Wagner, as well as Andrew Scott (bass, synth, mixing/mastering) and Adam Fenton (drums).

Per Wagner, “‘Kuutamo yö’ was one of the first songs Jemina and I wrote, on a trip together in the north of Finland, at a time when I was seeing how many guitar parts I could cram together in a single piece. Her lyrics play with a linguistic quirk in the Finnish language, where the verbs ‘to meet’ and ‘to kill’ are distinguished only by the degree to which you elongate the last vowel of an otherwise identical, shared word. Depending on how you’re inclined to hear the song, it’s either a story about friends sharing time together under moonlight, or about Death bringing you to a place of eternal peace. Or maybe there’s really not so much difference between those two ideas at the end of the day.”

Älägator is releasing their debut EP Unen Syvyydessä (“In the Depths of a Dream”) on August 7th through Friend Club Records, and can be purchased here. Check out the video for “Kuutamo yö” below.