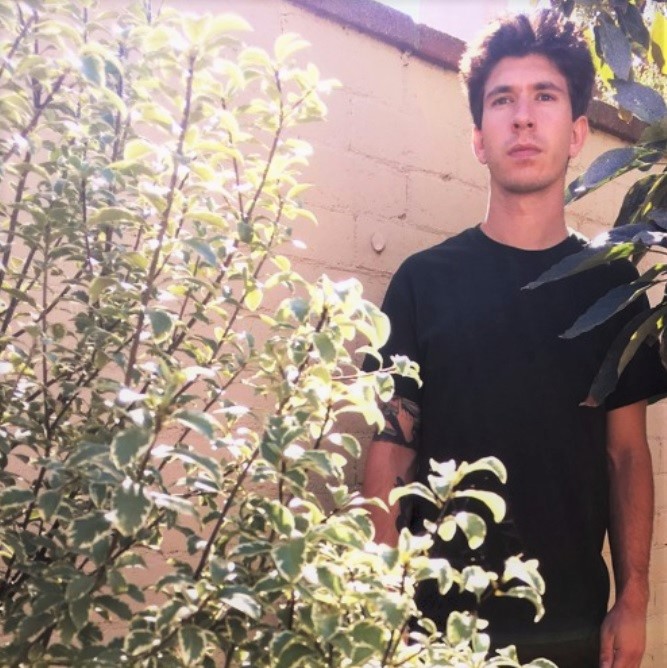 Warm Thoughts, formerly known as Dad Punchers, are set to release their sophomore album I Went Swimming Alone June 8th via Asian Man Records. The self described “bummer punk” project of Elliot Babin (drummer of Touche Amore), shows traces of the artist’s DIY roots. Self-recorded in Babin’s bedroom, with electrifying riffs and pop-driven melodies, the album is bound to be a soundtrack of the summer.

We are pleased to premiere the album’s debut single, “Sunbleached and Yellowed”. Nearly three years since the band’s last release, fans will agree that the wait was well worth it. Featuring power-based drum patterns and fast-paced, charged guitars, the work is Babin’s boldest to date.

Upon first listen, the track holds a tone of longing to not be forgotten. On the surface it seems to be a whimsical tale following an old bicycle, but there is a sense of nostalgia that can be applied to everyday life. Listeners are urged to create their own meaning in unique and curious ways. Similar sentiments are scattered throughout the album, leaving you wanting to listen for hours on end.

You can pre-order the album now through Asian Man Records. The band will also be playing an album release show on June 15th at the Hi Hat in Los Angeles, California with Toys That Kill, Upset, and more. Click here for tickets.

You can pre-order the album now through Asian Man Records.