Home  >  Track Premiere: Stay Inside – “Your Guardsmen Swarm Like Locusts”

Track Premiere: Stay Inside – “Your Guardsmen Swarm Like Locusts” 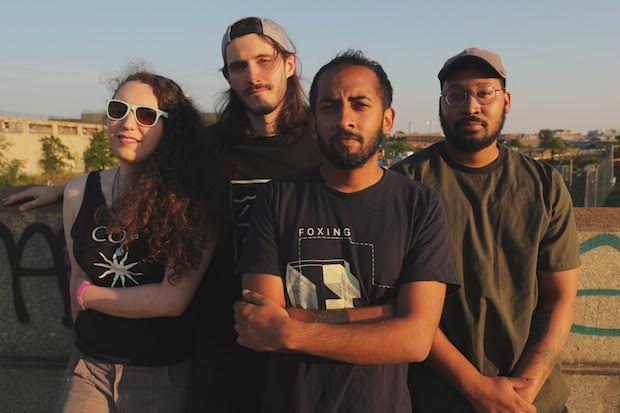 Following the release of their debut EP, As You Were, in spring of 2017, Brooklyn’s Stay Inside continued to cut their teeth gigging while watching the landscape that is the current state of world affairs grow murkier and more cynical. Now, they have signed to Old Press Records, Stay Inside are ready to meet the frustrations of 2018 headlong with a new EP, The Sea Engulfs Us and the Light Goes Out, out February 23rd.

With members from Oklahoma, Delaware, Pennsylvania, and California, Stay Inside bring influences from a wide variety of scenes and musical traditions. The blend they create is passionate and artistic. They blend striking instrumentals with thoughtful and prescient lyrics. Songs from the record address instances of racism, police brutality, misogyny, and other issues that reflect the lived experience of the band’s members.

I hear some of the legendary At The Drive-In in their sound, but they also incorporate some of the melodic post-rock sounds of bands like Mogwai.  But take a listen for yourself with their single “Your Guardsmen Swarm Like Locusts” below:

“We actually found the title from a verse in the Bible. Nahum 3:17 ‘Your guardsmen swarm like locusts, your officials swarm like locusts that settle in the walls on a cold day. But the locusts that fly away when the sun comes up, all of them will fly away and disappear.’ The title of the song is pretty self explanatory by the time you get to the end. The guardsmen are cops, and instead of protecting people they’re taking from our communities. It’s a pretty sad song, so I think couching it in such a poppy sound contrasts well.” – Bartees Cox, Jr.

Stay Inside will be having a record release show at Sunnyvale in Brooklyn on release day (February 23rd).