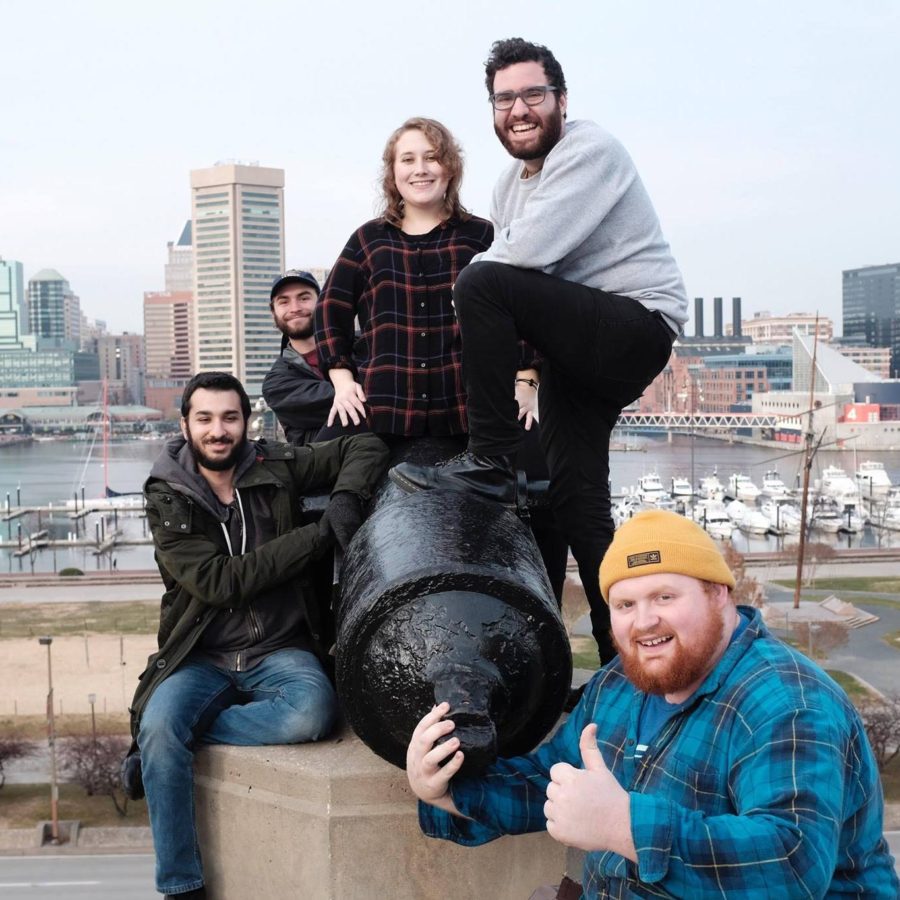 There is no lack of great indie/punk bands coming out of New Jersey recently: Forth Wanderers, Screaming Females, Fire Is Motion, Save Face, The Front Bottoms, and many more. It might be something in the water, or it might be the gritty determination of a music scene that’s wedged between 2 of biggest cities for music in the world. Who knows! But add another name to that list because Secret Mountain are ready to make their mark.

Their upcoming album, Everyone In This Band Is Fat, is a lot like the album’s title. A little humorous and a little dark. Real shit delivered in a fun way. Diet Cig and Nervous Dater come to mind as similar examples and sonically the album is in the same league as those 2 sweet bands.

Here’s a story that is a good example of the energy that this band brings. In 2016, they played our Jersey For Bernie fest and spoke from stage about the need to vote for progressives, then rocked a sweet set in which their guitarist dove off the stage and launched into a solo from the floor (video proof), and then later in the day a member of the band put on a Bernie Sanders muppet costume and danced with people in attendance (photo proof). What’d I say about real shit delivered in a fun way?

The record is out next Thursday 5/10, and today we’re premiering their track “Surreal”. It leads off with “This is the outcome of my terrible lifestyle.” and you know exactly what you’re getting from there. As songwriter/vocalist Alex Bevacqui told me “This track is about my terrible life choices leading me into the same cyclical patterns over and over again.” Music is an emotional release and this song is perfect for screaming about your mistakes. Sometimes that’s just what we all need. Take a listen below and get ready for the rest of the album to be out next week.