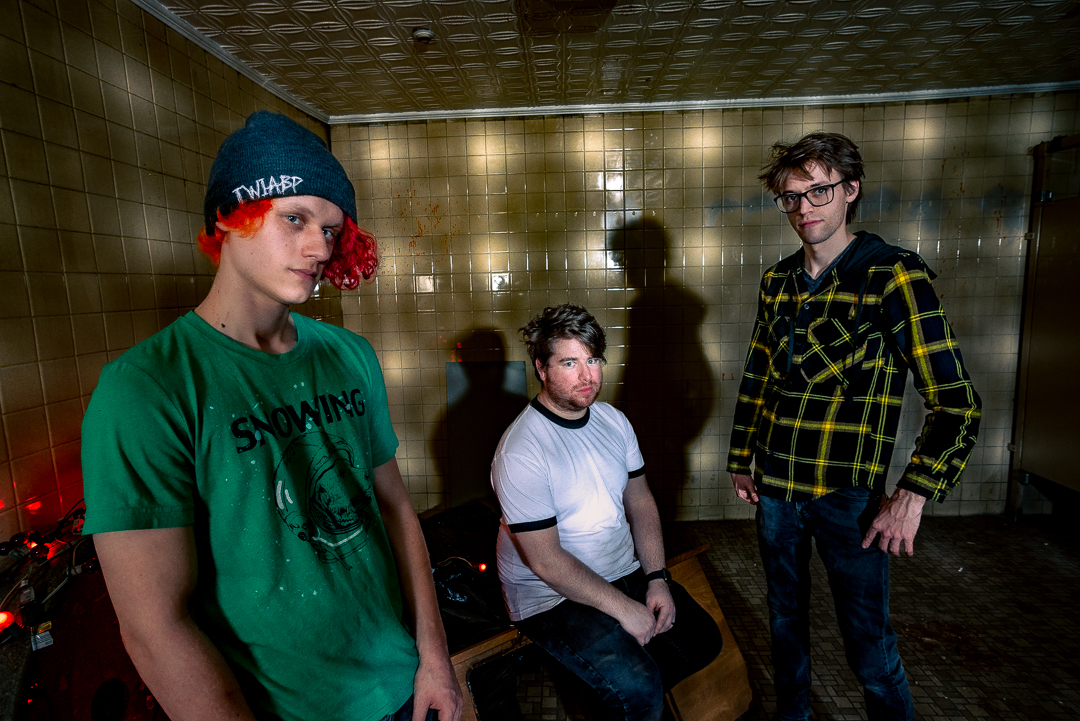 Scarlet Street’s debut EP I Can’t Tell If I’m Insane or Brilliant showed off a band who were clearly knowledgeable on the tropes of early 2000s pop punk, able to recreate the sound and vibe of that era without coming off as a copy (and while bearing strong resemblance to one Long Island band’s scrappy debut). Its four tracks are cheeky, bright, and catchy from the jump—it’s everything you could want in a pop punk record.
In the time since, the Cincinnati-based band have been dropping singles from their upcoming self-titled LP that suggest they’re heading in a darker, slower direction. “Patron Saint of Bad Ideas” leans on abrupt dynamic shifts, and “Dealey Plaza” in particular is an ever-expanding emo skyscraper. But if you’re worried the band has traded in energy for a newfound dynamism, fear not–they can do both. Look no further than “Mazda Miata & Clinical Depression,” a song that feels like a beefed-up version of the best tracks on their EP imbued with a newfound confidence. We’re excited to bring you an exclusive first listen of the track, the band’s last single from Scarlet Street, out at the end of February.
Vocalist/guitarist Ben Seitz shares that
“Mazda Miata & Clinical Depression” was written during a particularly rough bout of drinking to cope with messes of my own making, particularly at a time when I was cutting people out and isolating from people who were trying to help. The lyrics touch on the concepts of not putting in effort for people who are putting in effort for you, self-pity, and self-loathing for having self-pity (I believe Kevin Devine said “that makes me feel worse for even feeling this bad in the first place”). This song has my absolute favorite line on the whole album: “You wanted honesty? / Yeah you were right about me / cause more harm than I let on / You wanted empathy? / Get better friends than me.” I often feel like I take more than I give, and I feel like that makes me a bad person so this is kind of indulging on that feeling. Everyone who’s said bad things about me is right: I will absolutely put zero effort into a friendship, and I will absolutely have someone bail me out and never return the favor. What’s worse is I’m terrified of the same thing happening to me in return. This song was inspired by a lot of different bands but particularly Thursday, Punchline, Untitled era Blink, and Fireworks.

Scarlet Street is out February 24 on We’re Trying Records.