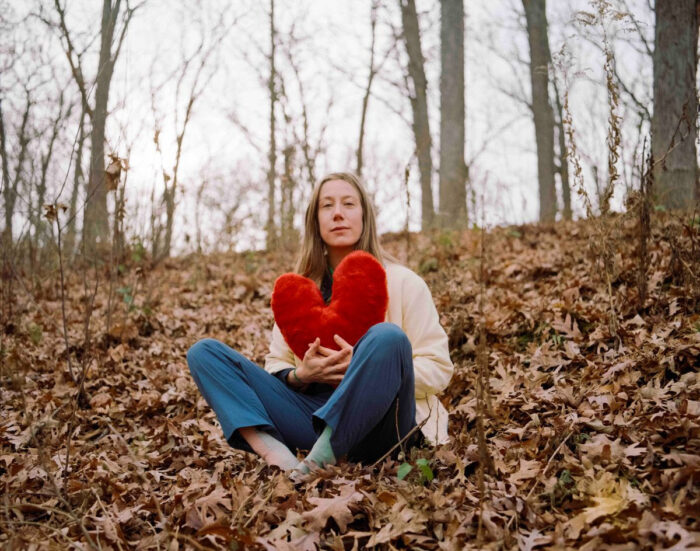 There’s much that can be said about DIY, indie-folk artist Julia Blair. Hailing from Wisconsin, she’s built herself a steady foundation singing in the likes of Wisconsin-based, country rock band DUSK as well as dabbling in a more experimental, folk collective with Holy Sheboygan! Both groups have received high praise from the music community and critics alike over the course of their career. Now she’s stepping out on her own for the first time with a new solo album, Better Out Than In, dropping February 24th. Released through Crutch of Memory, the record pushes Blair to new heights as she refines her soulful, poppy flare while still holding tight to those raw, folk-laden roots from which she’s blossomed.

Lead single, “Relax,” is out today which acts as a time capsule into the past— The 1990s to be exact. The track holds a very upbeat, ’90s pop sound that has one itching to throw on a babydoll dress with lace-up boots or perhaps some bike shorts and a halter-neck crop top. Swaying in and out of synth melodies and gritty, country-rock guitars, the song’s biting lyrics detail Blair’s frustration with sexism both professionally and personally. The feminist anthem is further powered by her strong vocal that sounds like a love child between Sheryl Crowe and Alanis Morissette.

When unpacking the meaning behind “Relax,” Blair stated, “I started writing this song in the car when I was pissed off for being blown off by a young man our band was collaborating with who would not talk to me about the project and kept insisting on funneling all communication through one of the men in our band. Also, right around the same time, I had a weird experience with an older man who tried to start a romantic relationship with me in the most roundabout, unspoken about way.”

The DIY music video for the song is quirky and light-hearted. For most of its runtime, one sees Blair walking (and kookily dancing) down the street as she encounters different characters. One of these characters has her doing an elaborate handshake with them while two other characters help her break out into a colorful choreographed dance number. The only man she interacts with is while sitting on a bench, alone. He sits down beside her and begins to flirt while holding an ice cream cone too close for liking. She ends up smashing the cone in his face before taking off to conquer the rest of the day. The playful video brings life to the track’s sunny disposition, and one can tell she had a blast creating it.

You can stream “Relax” here and check out the quirky music video now. Julia Blair’s debut album Better Out Than In is out February 24th. Follow her on instagram @ruliablair.