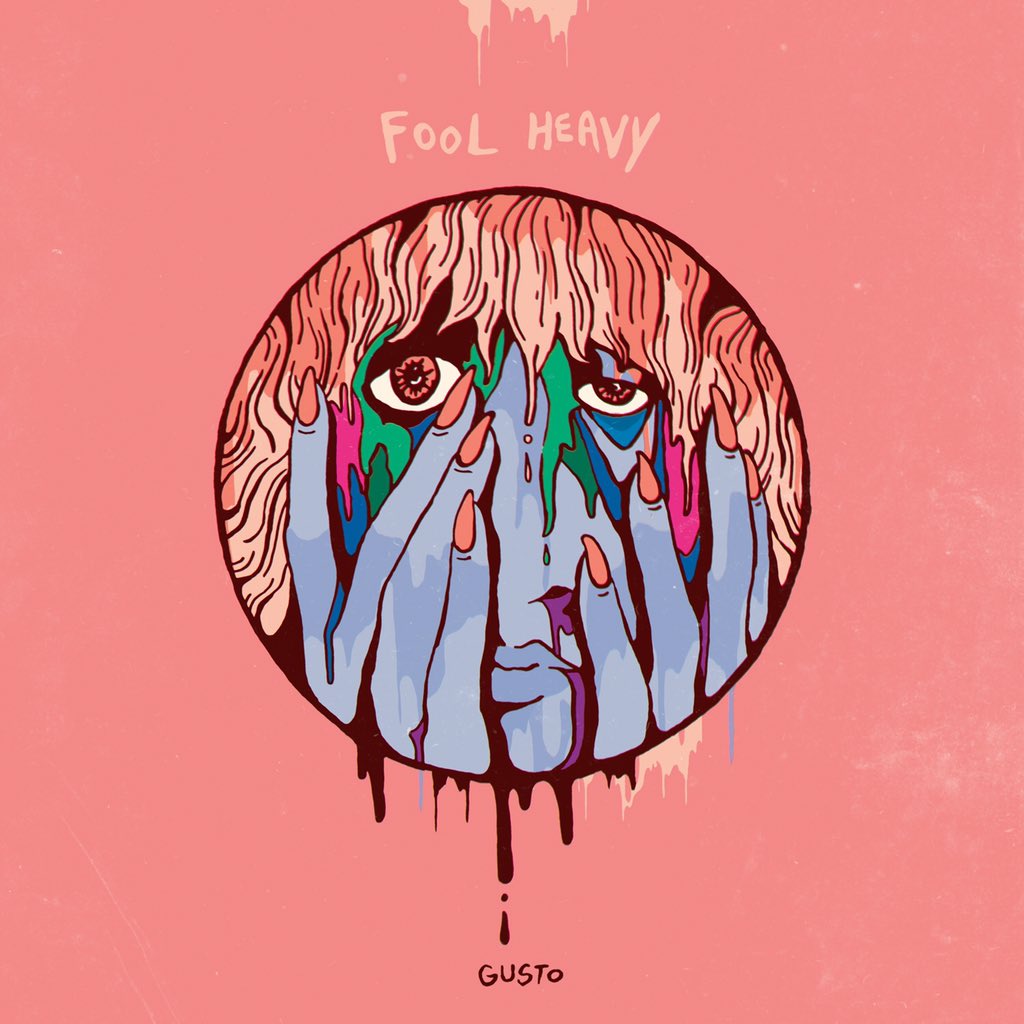 For those who were paying attention during the peak years of now-defunct (and disgraced) DIY label Broken World Media, Soda Bomb’s first and only full-length, 2015’s Wanna Jam?, was truly a hidden gem. With an output that sounded like using weekend-old PBR residue to stick together the blistering keef-punk of Prince Daddy & the Hyena and the unabashed riff-rock of Rozwell Kid, the Long Island group occupied a particularly endearing territory. Unfortunately, like many promising up-and-comers, they kicked it before they really took off.

Fortunately, frontman Taylor Berke kept busy subsequent to the band’s disintegration, and in two weeks, less than a month after he received the final mixes, he’ll be unveiling the first record from his new band, Fool Heavy. The eight-track album, titled Gusto, takes the best elements from Soda Bomb’s catalog (grungy riffs, hooky basslines, self-deprecating lyrics) and sharpens them with the ear-candy vocals of female singer Sam Coughlin. Berke’s gritty howls are still there, though the choice to background himself and carry most of the harmonies was a smart artistic move—specifically considering how melodic these songs are, and how powerful Coughlin is as a lead vocalist.

Think Soda Bomb meets Daddy Issues, or Veruca Salt, or Charly Bliss. It’s a welcoming venture for Berke, and if Fool Heavy have developed this sort of chemistry on their first go, they’re certainly a band to watch down the line.