Home  >  The Best of September 2020 And Monthly Staff Playlist

The Best of September 2020 And Monthly Staff Playlist 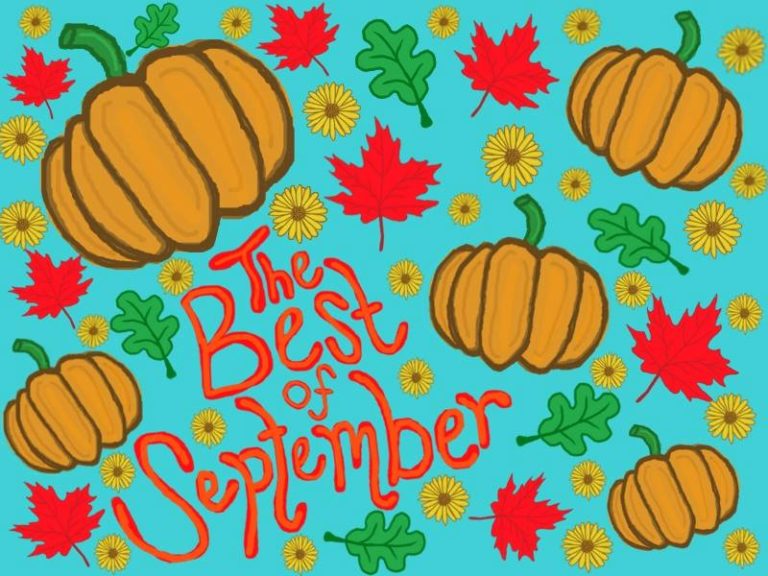 Sprain’s As Lost Through Collision is brimming with spiky, fragmented post-hardcore.  It’s meandering and sprawled out, the most salient example of this being the fact that the merely five-track EP spans across 45 minutes. They took their time, especially on “Everything,” a 15-minute scorcher filled with spaced-out drum fills and staggered riffs. Standout track “Worship House” is more staticky and burly. The lyricism on this, like on their other tracks, too, is obscure and daunting. One line is particularly intriguing: “life is an ant in the palm of time’s cruel hand.” It feels distraught; like something one would say if they felt their existence didn’t hold much significance. But it also feels like matter-of-fact commentary on how small we really are compared to the world we reside in.

BUMPER is the combined effort of Ryan Galloway from Crying and Michelle Zauner from Japanese Breakfast. Their EP pop songs 2020 is, like its name, refined and digestible. It employs an ample amount of electronic production, giving rise to a polished, invigorating feel. It’s all upbeat, but never in an exhausting, dense way like many pop songs can be. The glossy, subdued “Black Car” is about peering out a window to glance at someone in their apartment; wanting to know more about them, but also reveling in the mystique of unanswered questions.

Dream Nails released their self-titled record on August 28, meaning I can’t include it in a write-up dedicated to September releases. Just kidding – it’s going in here anyways. Fight me. Frankly, 2020 as a whole has been very peculiar – so, in the grand scheme of things, a misplaced write-up hardly matters. Plus, it was almost September when this came out anyways.  It’s balmy, hoppy punk, ambitious in its crossover of those differing auras. It’s freckled with skittering riffs and an erratic vocal delivery. Some songs are paired with brief audio clips that provide context. “In Other News” is a snippet from a news broadcast in which a reporter stated that two women were assaulted on a bus by men who demanded them to kiss each other. That’s followed by album closer “Kiss My Fist,” which eviscerates the fetishization of queer women and the cognitive dissonance it often begets, “You want an onscreen fantasy / But you hate us holding hands in the street.”  Even when detailing occurrences like the grueling nature of working a job or the panic stoked by the person you’re smitten with not texting back, they make it sound vivacious. They’re proof that you don’t have to omit frills to be vigorous.

Corey Flood shared a collection of cloudy, tranquil tracks that feel hauntingly chilling at certain points. With wispy vocals and wobbly guitar work, it’s well-suited as background music for working. Every song comes to a close before the three-minute mark. Additionally, they’re all lyrically sparse, effectively giving each word more weight. Several of the phrases found in these songs are left open-ended and bereft of context. Take “Park Deli 7” for example, which closes with “sometimes, we make bad decisions just because we can.” There’s also “mull it over in your sleep / forget promises you keep” from “Kind Stranger.” This album feels like something that was produced after engaging in self-reflection and allowing the realizations that came about to resonate.