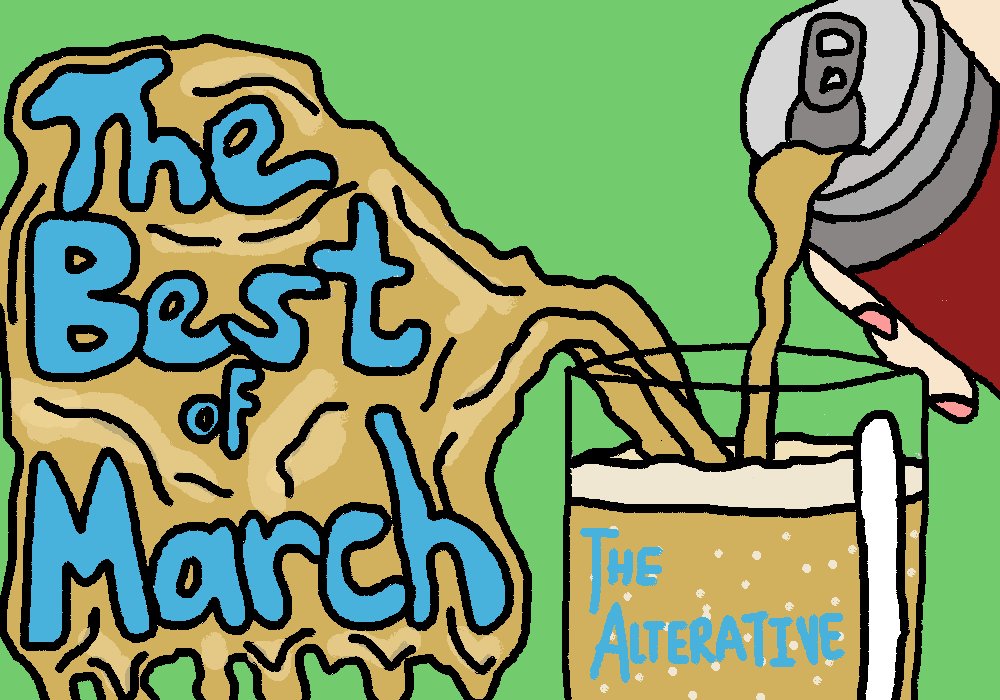 Singer-songwriter Laura Stevenson released her new album The Big Freeze, an intimate and stark collection of songs that place Stevenson’s vocals directly front and center, in the process creating what may be Stevenson’s best album to date. The tracks that make up The Big Freeze flow effortlessly into one another, turning her slow-burning confessionals into gut-wrenching moments of catharsis, that when sequenced together make you wonder how Stevenson’s flown under the radar for as long as she has.

North Carolina rapper DaBaby was able to capitalize on the success of his burgeoning single “Walker Texas Ranger” with his proper debut Baby on Baby. The album, flaws and all, is the perfect showcase for all of the things that make him stand out from his peers. For starters, DaBaby is simultaneously charming and frightening, the kind of artist who easily fits in with the younger generation of rappers that don’t constantly feel the need to take themselves so seriously while still appealing to the old heads who are worried that rappers aren’t “real enough”. DaBaby can fire off a joke one line and a menacing threat in the next one, and with a couple of hits under his belt already, it will be interesting to see what shape his career takes next.

Redefining what exactly “punk” means is the Japanese band CHAI, who just dropped their sophomore LP PUNK, a bubbly and unconventional hodgepodge of sounds. If you were to pour Pixy Stix inside of a glow stick, and then that glow stick came to life and started dancing, you’d have something remarkably close to PUNK. We also got the self-titled debut from Half Thought, featuring members of the Philadelphia-based band Clique. Built upon a foundation of knotty guitar interplay, Half Thought move at a punch-drunk pace, allowing their songs to gently fade into one another and lodge themselves into the back of your mind.

Needless to say, March was filled with great albums. If you’re still looking for something else to dive into, there were new releases from Caracara, Free Throw, and Glued, all albums we’ve got great reviews of on the site! Now, let’s dig into some of the best singles from the month.

Schoolboy Q finally dropped some new music, returning with “Numb Numb Juice” and “CHopstix”, even going as far as saying his new album will be out very soon. We also got the final two singles from PUP’s forthcoming LP Morbid Stuff (out this Friday), with “Sibling Rivalry” and “Scorpion Hill”.

Lil Uzi Vert, amidst label drama and a self-imposed retirement, dropped “Free Uzi”, a sprawling, dizzying freestyle over G Herbo’s “Gangway” beat. “Free Uzi” is a crash course in Lil Uzi Vert’s world, a bombastic flex from one of hip hop’s guiding lights. In certain circles, Boston-rockers Pile are the most important and influential band of the past decade, and “Bruxist Grin”, our first look at the bands forthcoming LP Green And Gray, only cements the bands status as a cult favorite.

After a huge 2017 with the success of their debut Kiss Yr Frenemies, illuminati hotties have shared “I Wanna Keep Yr Dog”, a song about matching with someone on a dating app and finding out you like their dog more than them. Tiny Engines also signed Truth Club, whose knotty post-punk is firing on all cylinders on their infectious debut single “Not An Exit”. Make sure to keep an eye out for the bands forthcoming LP when it’s released this May.