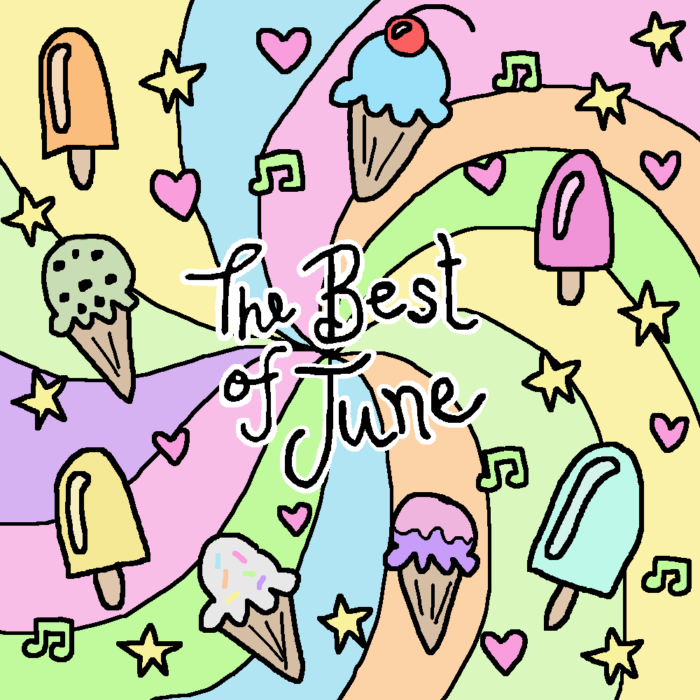 There are several albums with production just as simple as the kind found on Bad Moves’ album Untenable that end up being lackluster. The Washington D.C.-based indie-punk group instead decided to keep things delightfully springy—the 12 songs that make up Untenable blast through in under 36 minutes—and it works to their advantage. Most of the intros are succinct, and vocals enter almost immediately on some tracks. The guitar work doesn’t sound like it’s supplemented by a whole lot of pedals. To pique interest, they instead opted for quickfire hooks and protruding drum fills. Lyrically, it’s accessible without being trite. With a forthright vocal delivery that wouldn’t feel out of place on a rap song, standout track “Working for Free” eviscerates the unethical, yet quotidian low wages for service workers that leads them to sustaining themselves on the unpredictable nature of tips, “I survive by the kindness of strangers.”

Shamir shared “On My Own,” a song that encourages people to avoid settling for tepid romance just to stave off loneliness. It’s boppy through and through, largely because of Shamir’s tart, angular vocal inflections that the instrumentation takes a step back to make room for. The themes are underscored by confidence, “don’t bargain with my worth” and acceptance, “inside myself is where I belong.” There are some ephemeral moments when the riffs shimmy a little between these quips, and then all of these elements congeal to display how much fun you can have when you ditch the self-loathing.

Disheveled Cuss, the solo project of Tera Melos frontman Nick Reinhart, released a new album that sounds like something Pavement could’ve produced had they simply played more quickly, but it’s also similar to Tigers Jaw and Charmer.  The best song title is unequivocally “Generic Song About You;” a title that does, indeed, aptly describe a common emo trope, but without trying to dress it up as something more profound. As you guessed, it’s a song about a romantic falling-out—one so wretched, it makes even the act of initially meeting that person feel regrettable, “never should have said hello, now I’m lost without you.”

Melody’s EP Teacher’s Pet is sugary, plush indie-pop with a discernible Beach Bunny influence, namely due to its polished production, the slightly drawled vocals and overall vulnerability. Opening by contemplating changes in hair color and wardrobe, the title track depicts an identity crisis that’s resolved by realizing trying to be anything other than your true self is disingenuous and unnecessary. The trope of being a “teacher’s pet” is wielded to symbolize feeling like an outcast. Considering Melody is only 16 years old, it’s impressive how much she already excels in songwriting, and her future endeavors as an artist are promising.