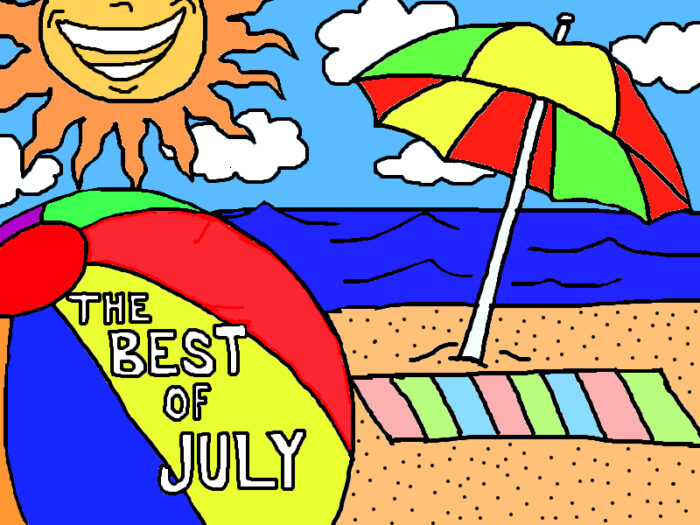 German band Maggot Heart shared Mercy Machine, a post-punk album with a crackliness that feels slightly reminiscent of Led Zeppelin. It’s doused in an eerie aura fashioned from choppy, throbbing hooks and a vocalist armed with gusto and fieriness. On the band’s Bandcamp page, the lyrics are written in solely capital letters—a styling choice that feels intentional, for it’s in tune with how jarring the music is. The songwriting is teeming with ghastly lines that sound like they were pulled from horror films like “every shadow has a name” and “heavenly bodies thrown out with the trash.” And the album as a whole is like a horror movie, too spooky, but in a way that’s captivating instead of earnestly unsettling.

Last year, Angel Du$t released an LP that was chock-full of skittering, effervescent melodies. Everything was kept wispy and nonlinear. It was all over the place, which made it energetic, but also a little discombobulating. So, it was refreshing to hear them hit the brakes and slip into a silkier, more taut groove on their latest EP, Lil House. It’s still punk-influenced and thorny like their previous work, but a country-esque twang seeped in. From the muffled guitar strums on the title track to the wispy vocal delivery on “Turn Off the Guitar,” this is music suited for shimmying rather than full-fledged dancing.

Dehd’s Flowers of Devotion sounds like a fusion of Beach Fossils and Beach House; exuding the scratchiness of the former and the fogginess of the latter. Much of the album’s intrigue lies in Emily Kempf’s vocal ability. She sings in a way that’s jagged and garbled, oscillating between howling and crooning and yelping and other husky vocal inflections. The backdrop for this is undulating, crisp melodies, resulting in a contrast that ensures every moment is free of interceptions.

Gladie’s Orange Peels is a trio of coasting, cozy songs that are charmingly lo-fi and imperfect. It overlaps with other subdued artists like Gleemer and Phoebe Bridgers. Idyllic nostalgia is woven throughout the project’s themes, which is juxtaposed to the glumness stoked by realizing you’ll never get those times back. There’s physical markers of depression in the lyrics, like mentions of trash that needs to be thrown away and a disheveled bedroom. The whirring, hoppy track “Is That Why You’re Here,” contains one of the best quips of the EP, which is “everything I love is slightly fraudulent.” It’s tangential to cynicism, but it’s also hopeful in the sense that once you’ve accepted everything is flawed, you’ll be less inclined to feel disappointment.