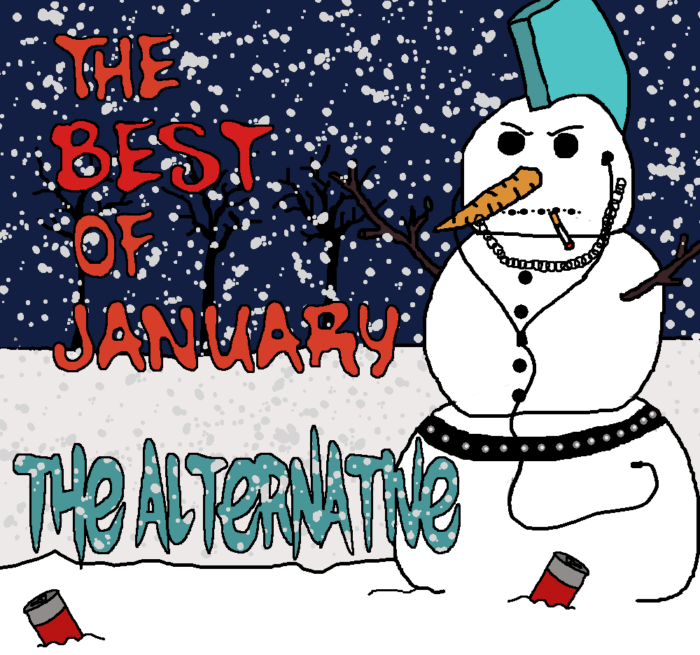 Considering how much traction they’ve already gained, namely from Tik Tok, it’s easy to forget Beach Bunny has yet to release a full-length album. Their first one comes out Valentine’s Day and the latest single from it, “Cloud 9,” is indicative of the band’s push towards a fuller, smoother sound. It’s a sickly-sweet, gleeful song about how gripping and powerful falling in love can be. The vocals are slightly slurred, in tune with the transcendent imagery like “I feel like I’m floating” and “you remind me how to fly.”

Paramore frontwoman Hayley Williams shared “Simmer,” the first single from her solo project. Williams’ voice sits gingerly atop the atmospheric production as she sings about how even when emotions are compartmentalized, they can still be potent. It possesses the suspense and translucence of early-era Paramore hit “crushcrushcrush.”

Hop Along vocalist Frances Quinlan, too, shared a solo project. She has a proclivity for sporadically unfurling shrieks and howls and hushes, but in this project, she’s more tempered. Sitting comfortably at an elevated pitch, she allows her voice to remain steady and as it turns out, she’s still captivating even when she doesn’t try her absolute hardest to be.

The strength of solo projects is that they allot established artists more freedom.  Experimentation begets uniqueness. By establishing that it’ll be released under a different name, it sets the tone that this entity will differ significantly, removing some of the pressure to follow the patterns they’ve followed in their other endeavors.

While several songs on AJJ’s album “Good Luck Everybody” dive into politics, one of them is unique in that it discusses how the effects of Trump’s presidency aren’t limited to a handful of people in office. Rather, it’s expansive, and US citizens—even those who didn’t vote for him in 2016—aren’t necessarily innocuous. “Normalization Blues” looks at how becoming desensitized to bigotry has lent itself to complacency and thus, made it easier for politicians to get away with egregious deeds. We’re not as shocked as we used to be, and that’s a problem in itself.

Floral Tattoo’s “She” is lo-fi, and more multidimensional than a lot of music in that faction, with buildups and apexes. Slow Mass released a rumbling song with a sound that overlaps with other hardcore acts like Drug Church and Gouge Away. Honey Cutt’s new track “Vacation” is balmy and woozy, with vocals that bear similarity with the aforementioned Beach Bunny.

Midwife’s gliding track “Anyone Can Play Guitar” opens by listing things people – anyone, really – can do: play guitar, fall in love, tell a lie. None of these are necessarily wrong, but it stokes perplexion: why, of all things, are these the ones listed? Then, in comes the line “you can’t run for your whole life,” and suddenly, it feels less arbitrary and more like a premonition. And all of these lines are spoken in a whisper, making it even more eerie.

Much of Halsey’s new album is sluggish, but “3 AM” has drive. It’s still an anthemic pop song, but it teeters on spoken word at some points, with rhyming verses snugly stacked up against each other. Halsey is open about struggling with bipolar disorder, and this track seems to be a characterization of the mania it can induce. Mental illnesses can be quelled and managed, but they can never be fully eradicated.  The song is about longing for companionship at an inopportune time, when most people are sound asleep. After the first chorus, she said that her erratic tendencies have been part of why past romantic partners have found her overbearing, but on that same note, she’s no less confused than they are, “I don’t really know what to do with me.”