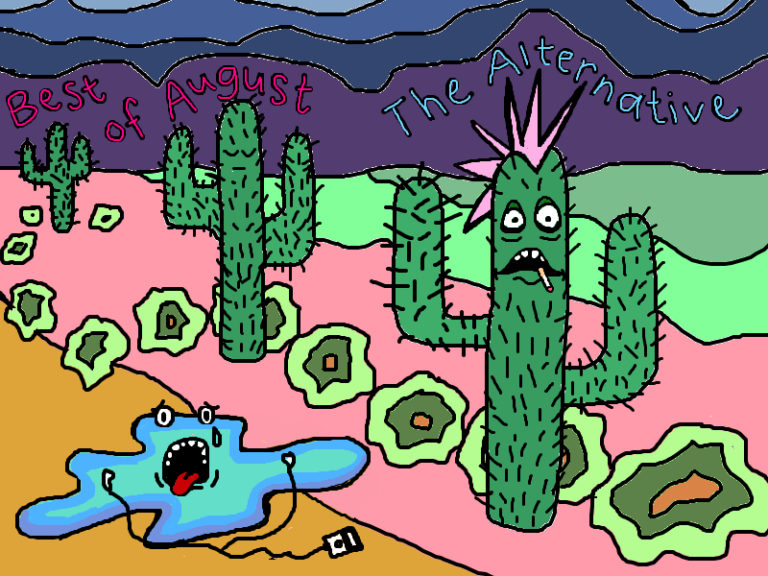 Bombastic Dream Pussy’s BDP is filled with spacious dream-pop that’s punctuated by crushing, snappy hooks. They’re a fan of patiently building towards grand outpourings of sound. It excels thematically, with a lot of it being tangential to feminism. “Blood on My Bike Seat” takes us through the uneasiness of handling someone who continuously makes unwanted sexual advances. The subsequent track, “Someday Memory Restores Itself,” is the project’s highlight. The sound feels slightly indebted to the Twilight film’s soundtrack, oozing suspense. It’s about the unnecessarily extensive lengths one will go to in order to attain someone else’s approval, “I covered myself in handles for you to grab onto and pull yourself up.”

Lowfaith’s latest EP embodies an eeriness that bears resemblance to Cloakroom, with jarring, bristly guitar tones. That, along with the relentless momentum woven throughout these songs, makes this project dense. Both in its songwriting and sound, it feels apocalyptic. First off, it’s titled Earth Falls Quiet, Heaven and Hell Sing – which doesn’t really make sense, but it doesn’t seem like anything about this is intended to. The lyrics narrate tales of doom, with ominous quips like “I’ve been feeling so weak with this new fear of falling asleep.” They deliberately pushed the envelope, and in doing so, successfully created something captivating.

Sea Grapes’ melatonin dream is, as the name would suggest, tranquil and cloudy. It sounds purified and suppressed, with carefully-placed instrumentation. Like its sound, the storytelling on these tracks is kept simple and easy to follow. There’s narratives about ordinary occurrences like stopping by a 7-Eleven for a snack and making your own bed. It’s comparable to ASMR in the sense that it doesn’t necessarily hold much meaning nor profundity, but instead exists for the purpose of being digestible and calming.

Indie group Halloween Costume Contest shared a lush, sauntering EP that’s comparable to acts like Field Medic and Soccer Mommy. Thematically, the best track is “this isn’t a waffle house, it’s a waffle home.” The title seems like it could easily be sarcastic, largely because the notion of a chain restaurant inciting a cozy feeling seems…questionable. Listen to the song, though, and you’ll learn it’s less about the location and more about the overall experience. It reflects on a late-night meal with friends after performing a show, and how the right people can make a bad day much better.