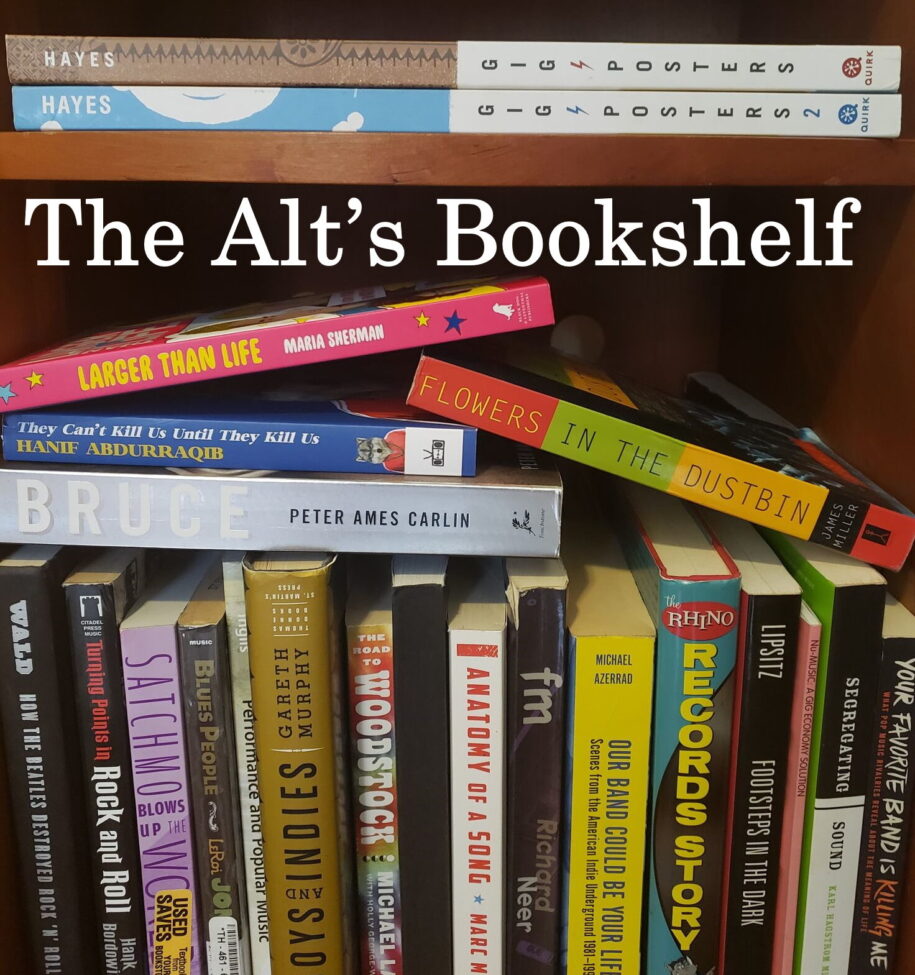 The Alt’s Bookshelf is a series where our staff highlights some of their favorite books and zines related to music. For our seventh volume, Bineet shares her thoughts on My Thoughts Exactly by Lily Allen, I Would Leave Me If I Could by Halsey, and Mellow Zine. 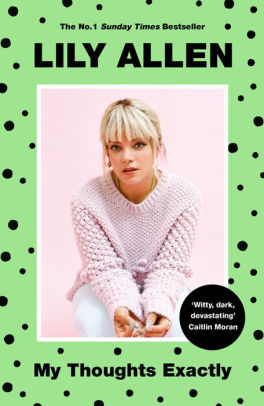 My Thoughts Exactly by Lily Allen

In this memoir, London-based artist Lily Allen divulges the various ways her life has been erratic, from her parents’ divorce to her own divorce to attending nine different schools. I expected an inherent bias in favor of Allen, given she wrote the book. But I was surprised to see how much she admitted to her own mistakes, like that there were time periods in which she was only half heartedly involved in her children’s lives. A lot of celebrity memoirs hone in on what makes their life exciting, recapping fun stories and their journey to prominence. Allen does this, too, but this book is insightful and refreshing in the way she also writes extensively about the downsides of fame. Her forthrightness in criticizing how she’s been mistreated makes this book worth reading. Tabloid magazine writers and paparazzi have invaded her privacy and misrepresented her to sate people’s desire for gossip and scandals. Like once, when asked how she planned to celebrate the popularity of her single “Smile,” she joked that she was going to use cocaine. Then, a headline about her embarking on a “coke bender” was printed on the front cover of the magazine News of the World without proper context. She also eschewed being in public during her honeymoon because photographers followed her closely, thus eroding at the trip’s romantic allure.

Additionally, Allen exposed the malice entwined in the music industry, emphasizing that sexual misconduct runs rampant throughout. “My theory is that it’s because artists in our industry, unlike any other, are locked into multi-album deals and are therefore locked into working relationships that can’t be untangled for years,” she explained.

Reading My Thoughts Exactly reminded me to always approach news regarding celebrities with caution. I was reminded of the flurry of misinformation that was spread when Kobe Bryant died last January. TMZ shared the news publicly before the immediate families of the casualties were informed, and an ABC News reporter stated that all of Bryant’s daughters had died, too, which was false. This was likely done to be speedy, a desire that has been exacerbated by the ubiquity of the Internet. Treating public figures like spectacles instead of people has harmed them. 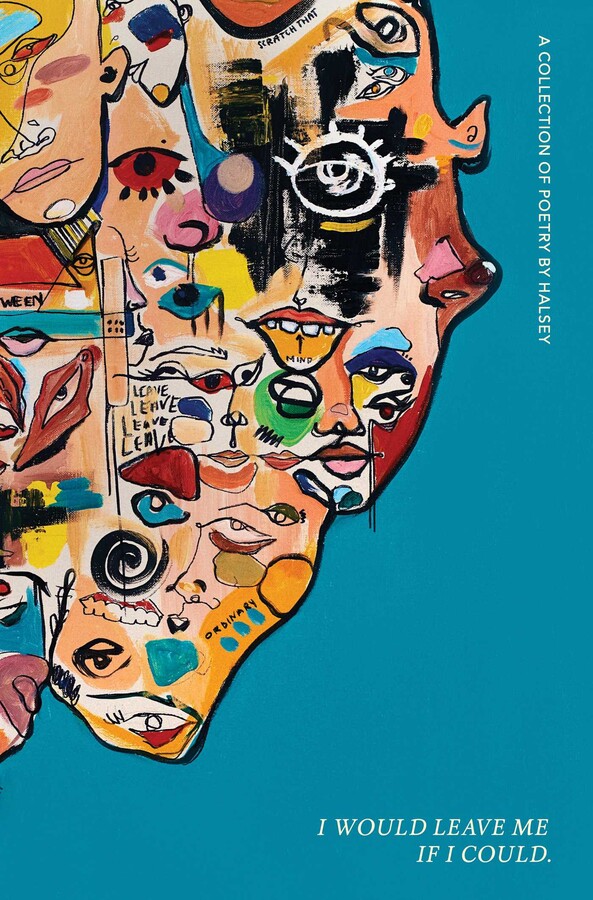 I Would Leave Me If I Could by Halsey

Artist Halsey produced a collection of jarring, discomforting poems that will remind anyone who struggles with mental illnesses that they’re hardly anomalies. There’s a poem with graphic descriptions of sexual assault. There’s reflections on romances that fizzled out. There’s a poem that, in its entirety, reads “I am not allowed to want to die anymore. Believe me, I have tried.”

Poetry is frequently earnest and occasionally pompous, so it’s easy to make fun of. (Remember the tweets that parodied Milk and Honey?) Halsey’s work doesn’t feel melodramatic nor overzealous, and much of that can be credited to the humility she exhibited in divulging her own imperfections. She admitted to feeling attracted to men with unhinged anger, partaking in extensive sexual activity in hopes of men finding her alluring and sometimes while feeling frustrated, telling loved ones she hates them. Her work is accessible, as it hinges on concrete subjects and experiences rather than the abstract metaphors and esoteric phrases poetry is often riddled with.

The book’s title feels indicative of Halsey struggling to accept herself for who she is. If someone likes themself, then why would they want to escape their own body? This differs from some of the popular music made by women lately that’s underscored by confidence. Lizzo’s song “Good as Hell” focuses on her being enamored with her own appearance. Megan Thee Stallion often kicks off songs with the phrase “real hot girl shit.” And in her track “Check Me Out,” Rico Nasty encourages others to pay attention to her. Self love is a virtue, but it doesn’t always come easily. Halsey has been open about struggling with bipolar disorder, which can lend itself to symptoms of depression like low self-esteem. So, it’s possible that the melancholy she’s plagued by is due to a chemical imbalance in her brain that can’t be remedied by simply saying “I like myself.” In writing this book, she reassured people who tend to be self-critical that while feeling that way may not be a party, it’s not something that has to be kept secret. 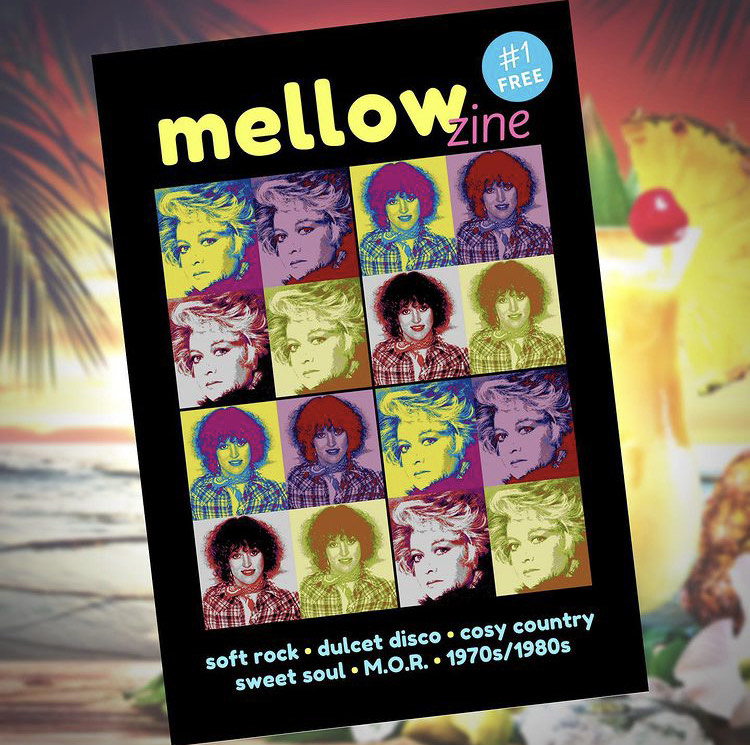 This London-based zine is dedicated to soft rock, disco and pop from the ‘70s and ‘80s. Frankly, if you asked me to list five types of music off of the top of my head, I wouldn’t think of any of those. That’s why I was drawn to this zine: it feels obscure and thus, original. The aesthetic is excellent, with dark patterns juxtaposed against vibrant color schemes. But even with that business, it’s still easy to read the text – something I consider very important.

The zine’s content is a joy to flip through. There’s a quiz that lists lyrics, then prompts readers to guess who sang them. The directions forbid using Google, a rule I imagine they can’t enforce. The subsequent page pits American singers against ones from the UK (Americans didn’t score a single point, which feels biased.) There’s also lists for hit songs for a handful of genres: M.O.R. (which I’m pretty sure stands for “middle of the road”), soft rock, dulcet disco and country crossover.

Check out past volumes of this column here.