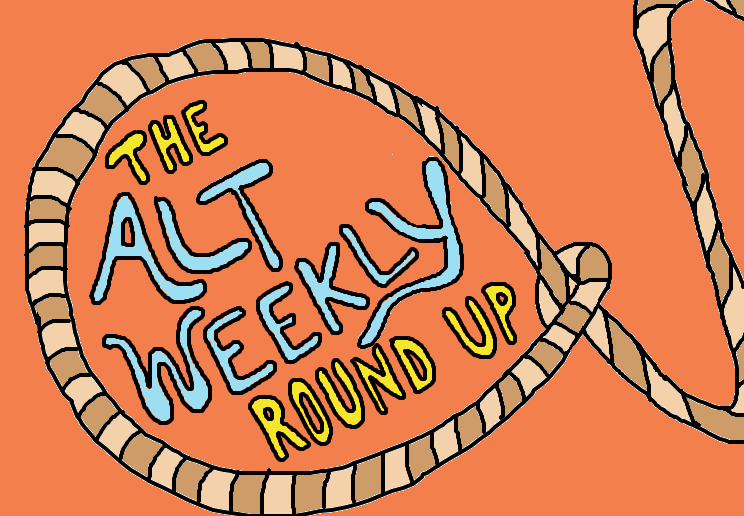 Portrayal of Guilt have quickly become some of the most prolific musicians in modern hardcore, doing multiple national and international tours with some of the scene’s heaviest hitters, all while spitting out consistently redefining releases. While 2018’s Let Pain Be Your Guide pushed them into blackened screamo and hardcore territory, their new ep Suffering Is A Gift already showcases them experimenting on the more technical and trashy side with the first single “Scarcity.” The ep is due out 8/30 through Closed Casket Activities.

SWMRS make their way to a bingo night and encounter a puzzled crowd in their new video for “Lose Lose Lose.” The track is from their album Berkeley’s on Fire that was released last February.

.Gif From God announced Approximation of a Human, their debut LP, with the first single “sassafras manassas ass”. Due out 9/27 through Prosthetic Records, the single shows the band blending their signature metalcore roots with much more sass and intensity.

The Sidekicks’ new non-album single “Ode to Jerry” is a splendid follow-up to last year’s Happiness Hours. A lovely slice of singalong power-pop that’s perfect for the summer weather.

Maryland’s Sweet Peach have released their debut EP, Sheer Existence, through Chillwavve Records. It’s a sampler of the band’s versatile sound, slowly bubbling from a faux-sleeper intro riff in “Everyone Needs a Song Called Untitled,” to an unbridled anthemic ripper in ending track “what if we kissed at the kia summer sales event”—which is a song that makes me feel like I can take over the world. Sheer Existence has been a labor of love, years in the making, and there’s a unique power behind Yvette’s (writer/vox) voice that enforces just how special this EP is.