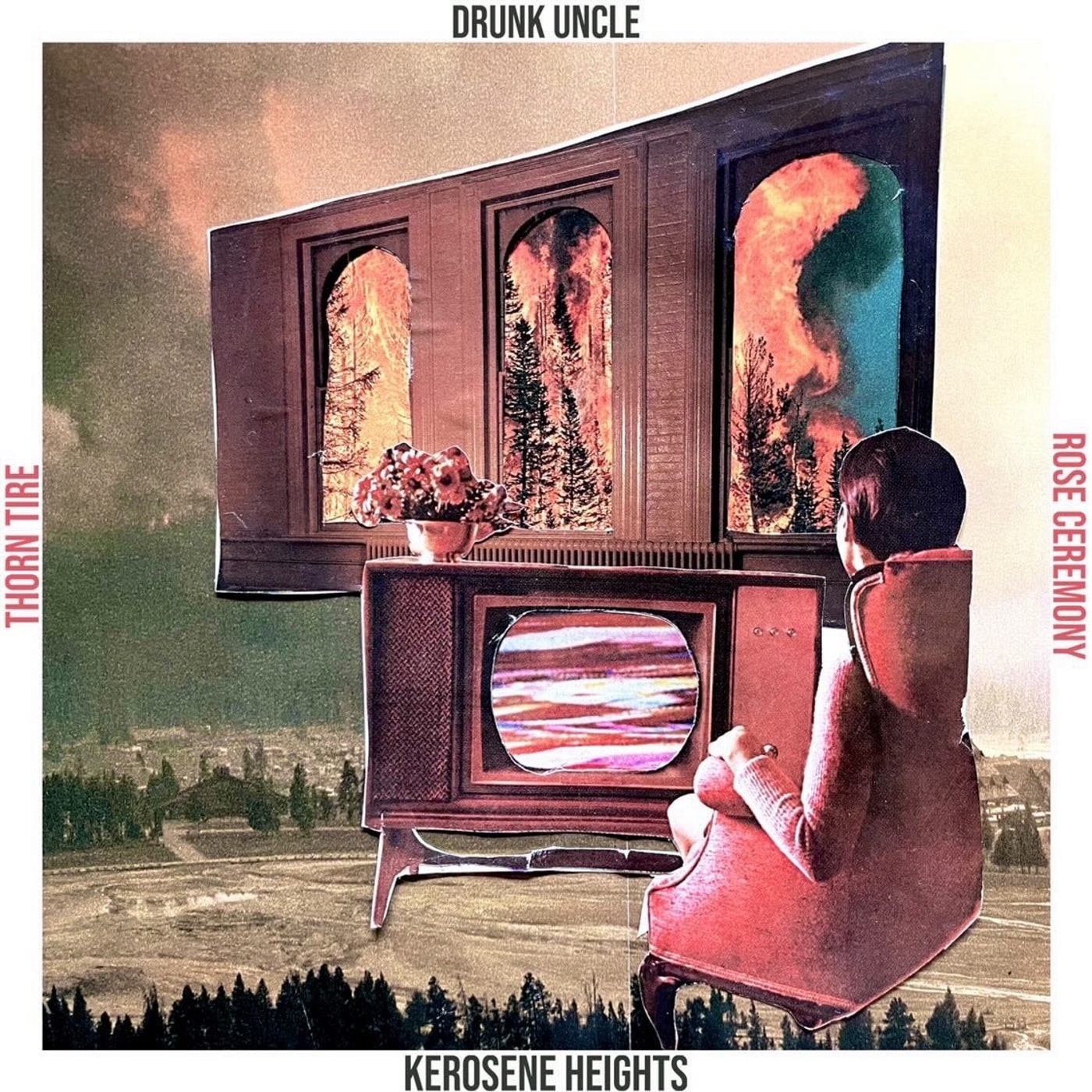 A punk center with an emo shell, Flint Spark Fire Ashes is a fantastic four-way split, with every band bringing something different stylistically and feeding off each other for an energy that’s felt instantly. While everything on the split falls under the broad categories of punk and emo, there’s a ton of range here between the groups and within each group’s pair of tracks and the bands sound like they’re having fun trying these ideas out in the loose arena of a split.

Drunk Uncle kick things off with some riffy, varied emo, running from massively anthemic choruses to spiraling instrumental interludes. Each song feels like an opus with two or three distinct movements. On their kitchen-sink approach to their tunes, Drunk Uncle said “Why did we write nearly 10 minutes of music for two songs on an emo split? We couldn’t help ourselves; each song is like 3 different songs crammed together in every style we could manage. ‘Achilles’ is fun and ‘Stave’ is miserable. It’s the spectrum we like working in.”

With its vocals-and-power chord opening, melodic riffs, and palm-muted hits, Kerosene Height’s “Van of Leaves” switches things up for some adrenaline-rush punk. The band described their contributions to the spilt, saying “‘Van of Leaves’ is a song about growing and changing through the lens of making music. The combination of looking to the future and reminiscing about the past while feeling unprepared for any of it. ‘Manatee Shirt’ is a love song. A love song for the tee shirts that you’ve lost along the way. A song of remembrance for your favorite tee shirts that are no longer yours.”

Rose Ceremony is up next, blasting off right away as if they wanted to make sure they had the heaviest tracks on Flint Spark Fire Ashes. The vocals are raw, the guitars brutal, and it all sounds great, especially at the gang vocals near the end of “Final Rose” and the breakdowns in “Take A Moment.” The band describes them as “the first two songs we wrote together in the fall of 2021 so we didn’t have much direction beyond shared childhood influences like Kellin Quinn robbing a bank and stuff. ‘Final Rose’ touches on building community and relationships. Our close friend Peyton Heinig from Drunk Uncle engineered and produced the two tracks. ‘Take A Moment, Say Your Goodbyes’ was inspired by the absurdity of life and theatricality of social media which is kind of where the reality tv themes come from.”

Thorn Tire’s tracks form a natural bookend with Drunk Uncle’s riffy emo, but Thorn Tire leans into the heavier screamo side. They’re not without their instrumental diversions, though, and there’s a run after the break at two and a half minutes into “Expel,” that flips the tune from raw screamo to a Modest Mouse style rambling jangle. The shortest tune on the split, “Poser” makes the most of the interplay between the backbeat and the winding guitar riff before blowing up to close everything out. The group described the uplifting feeling behind the songs, saying “these are love songs for someone who is very close to us. We are no longer writing songs about people we hate. These tracks are out to our friends and family who are struggling with their darkest thoughts. We’re here for ya gang.”

Tapes and vinyl will be available today via Acrobat Unstable Records and Old Press Records.