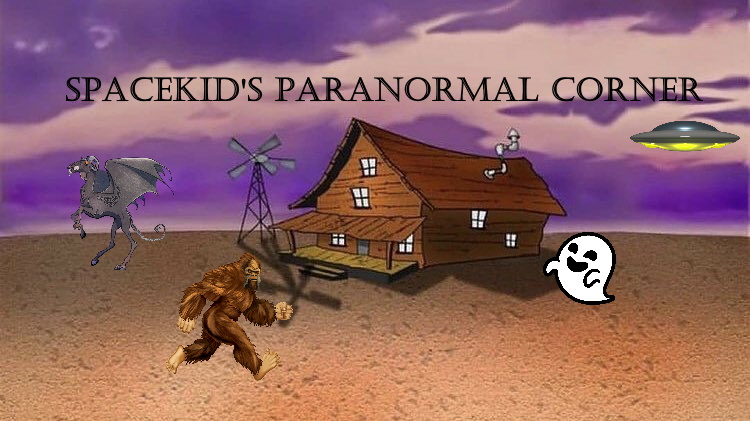 SpaceKid’s Paranormal Corner is our new column where we host true paranormal stories from members of the music industry. Starting with these three ghostly tales. If you have more stories that you think would be good for a future issue, email them to TheAltStaff@gmail (subject line: Paranormal!).

After we moved into our new house, I had some weird vibes. I saw some strange shadows, but I was really trying to ignore it. Then, one day I’m sitting on the stairs to our basement with my 3 year old daughter when out of nowhere, she turns her whole upper body towards the upstairs and yells “Coming!”.

I was confused so just looked at her, and she says again, “I said coming!” I replied, “Yeah okay cool, but why?” and she responds, very casually, “I heard her.” Horrified, I responded, “Heard who?” to which she simply replies, “The girl.” Haven’t slept right in this house since.

My first experience with the paranormal happened when I was 7 years old. My family had just moved into a small old house in the suburb of Glen Ridge. We had only been there for about a week when I woke up in the middle of the night and saw a glowing skeletal hand by our clothes hamper. It was balled up in a fist with the pointer finger out, beckoning to me. I got up from my bed and walked towards it. The moment I got close, it disappeared. I didn’t think anything of it at the time and went back to sleep. I never saw the hand again, but until we moved out, I’d feel breathing on the back of my neck at night.

My sister, however, did see the hand again. After a family dinner one night, she finished early and asked if she could be excused to our basement which was our playroom where we would hang out as kids. She started to head down, but moments later ran up the stairs screaming that she had seen a hand reaching up towards her from the bottom of the stairs.

In this same house, I had one other experience. A couple of friends and I were having a sleepover in the basement. Sometime during the night, I looked over into our nearby laundry room, and I swear I saw a young girl duck behind the clothes hamper. There were only three of us down in the basement so I don’t know who this other girl was. She had long hair and straight bangs and a bow. I never saw her again.

– Lily (vocalist and guitarist of the band Long Neck)

When I was a little kid, maybe 3 or 4 years old, I had a bunch of toy cars, including a remote control police car with a working siren. After getting this new toy and playing with it a couple of times, I noticed that it would turn on by itself and drive around the room, siren blaring. At first, this was just a little startling, but when it kept happening night after night it became terrifying. As soon as I could hear the car turn on and the siren start playing, I would yell and try to kick the car, and my parents would rush into the room to turn it off and calm me down. They thought there was some sort of glitch and were annoyed that the toy was broken.

However, one night I was sitting down on the floor and the car turned itself on right next to be and started driving in circles with the siren at full volume. I immediately started screaming my lungs out. My dad was more annoyed than ever, this whole noise had shocked him too. He picked up the car and went to pull out the batteries, only to find no batteries inside it at all. He had taken them out after the last time this had happened. That car went right in the garbage and out to the curb.