Home  >  It Holds Up: ‘The Beach Boys’ Christmas Album’

It Holds Up: ‘The Beach Boys’ Christmas Album’ 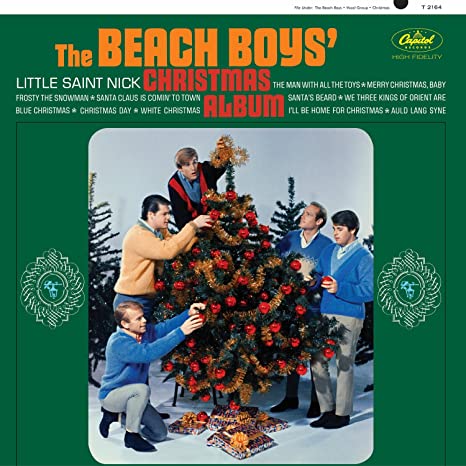 There are only a few things I know for sure, and one of those things is that Christmas music might be one of the most divisive things on the planet. Take, for instance, my brother and me. He starts listening to Christmas music in October, and I usually wait until Thanksgiving to play anything festive. Still, we both agree that The Beach Boys’ 1964 record, “The Beach Boys’ Christmas Album,” is simply one of the most exceptional artifacts of Christmas past.

I grew up with this record. My parents were Beach Boys fans. They grew up with them in the ’60s, so of course, whenever The Beach Boys Christmas music would come on, the radio was turned up, and we’d attempt to sing the harmonies. You know the songs when you hear them. The festive sounds and tight harmonies are the hallmarks of The Beach Boys. They are unmistakable, and just about everyone knows the song, “Little St. Nick,” but what about the rest of this album that is so exquisitely crafted.

The Beach Boys holiday album was their seventh release, with five original songs and seven traditional carols. It was released on November 9th, 1964, and made it to the Billboard 200 list. The album was eventually certified gold, and the music historian James Perone said: “regarded as one of the finest holiday albums of the rock era.” Brian Wilson produced the usual BB rock tracks while Dick Reynolds (arranger for the Four Freshmen) worked on the traditional songs and worked with the orchestra that the BB would sing over.

The album starts with the track “Little St. Nick,” one of the most recognizable songs during the holiday season. The arrangement is pure joy, with jingles and chimes to add to the surf rock styling. In true Beach Boys fashion, the song is about the specs of the sleigh, explaining to us that,

“it can walk a toboggan with a four-speed stick. / She’s candy apple red with a ski for a wheel. / And when Santa hits the gas man, just watch her peel.”

The rest of the album continues, and one of their greatest songs, “Santa’s Beard,” about possibly one of the universal experiences of kids realizing the mall Santa isn’t the “real Santa.” The narrative of this song is hilarious as we listen to the panicked logic of an older brother trying to explain to his five-and-a-half, going on six-year-old baby brother that the department store Santa is a helper. The arrangement is a joyful romp through the earliest days of So. Cal punk and helps give the record a personal touch.

Act II of the record is the better half of the album, because its when we move away from the surf-punk/ early emo days of the Boys. In this second half, we find ourselves within the midst of the American holiday tradition. Orchestras and jazz stylings guide us through the snowy finale. The actual crown jewel is the cover of “We Three Kings of Orient Are.” This track is, for lack of a better word, majestic. Its orchestral arrangement is cinematic and engulfs the open space. Taking inspiration from the lyrics, this song has a pseudo-Tarab like sound, taking elements from traditional Arabic music and repurposing them for the atomic age home. “We Three Kings” is the longest track on the album, and it’s nearly whispered vocals give the impression someone is singing themselves at Christmas Mass.

The rest of the record follows suit, with Irving Berlin inspired true Americana Christmas spirit.  The Beach Boys’ laid-back, relaxed style permeates through the entire record, closing with a holiday message for the listeners.

As we grow closer to Christmas Day, be sure to play this record at least once, and get a taste of classic holiday music presented in a new way. From the classics we know to the songs they wrote just for us, The Beach Boy’s Christmas Album stands the test of time.