Philly’s Resilient Is A Powerful New Band To Be Respected 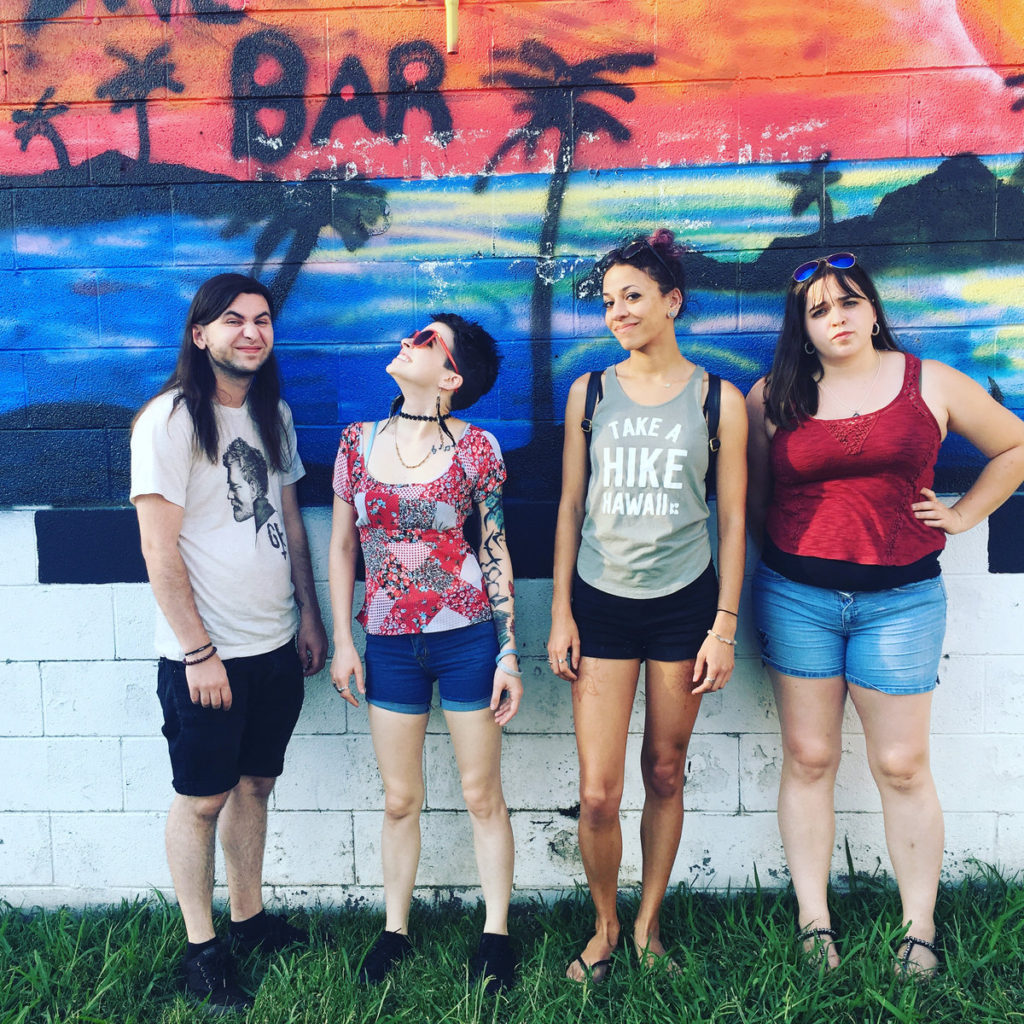 Somewhere between the rigid static of an amplifier and the buzz of a piercing electric guitar, we can find ourselves craving a new, more diverse, sound – something that feels experimental, yet still maintains a polish to tie it all together. Philadelphia’s own Resilient serves to fill that void and bring those desired characteristics into reality. A femme-driven band headed by songwriter Erin Fox, with back-up from her sister, Katie Fox, on drums, along with a host of other musicians of equal talent, Resilient melds together 90’s-influenced grunge rock with modern pop undertones to form a sui generis sound all their own.

Resilient’s powerful style switches back and forth between potent aggression and mellow swaying rhapsodies. This juxtaposition of power and calm, like the lead-up to a great storm, transforms efforts like their 2017 album, How to Peach, into a manifestation of ultimate catharsis. Erin Fox cites the band’s varied taste in music as essential to creating noticeably diverse works like their latest album. She describes small portions of punk, metal, hip hop, folk, funk, and grunge coming together like pieces of a puzzle, with each component “ranging in subtlety”.

The overall tone of How to Peach is one of majesty and nature, conjuring images of volcanic eruptions and the shifting of the earth. Songs like “Slack”, which ooze motifs of personal uncertainty and conflict, act as a testament to the emotional alt rock of the 90’s, by adding dazed guitar riffs to the constant clash of drum, and pairing vocals simultaneously timid and bellicose. Others, like “Crickets”, are epitomized by their early punk influences and grungy guitar riffs, making it difficult to even compare tracks from the same album. When contrasted with other modern alternative and indie acts, Resilient stands out for possessing a musical register that spans immense distances.

Much of Resilient’s ingenuity comes from their creative process. When songwriting, Erin brings in what she refers to as a “song fetus”, composed of a few simple riffs and a handful of incomplete lyrics. It gestates over weeks of building and adding parts of the track, and ultimately results in a fully formed, album-ready song. But more than anything, it is how the members have come to define the band themselves that is key to their unique success.

Rather than just musicians linked by performing together, the group has stated that the band has become a place of truth, hidden strength, artistic euphoria, and a testament to each individual member’s story of empowerment through music. The result is that How to Peach is a comprehensive whole by way of the depth each respective contributor provides.  Although the cooperation of band members in creating music is not at all uncommon, it’s the amount of time spent on songs and the diverse musical culture that each individual donates to a completed tune that leads to Resilient’s complex extension of, not just 90’s base grunge and pop melodies, but also their own emotions and personal experiences.