Home  >  Ratboys Are Such A Good Fucking Band

Ratboys Are Such A Good Fucking Band 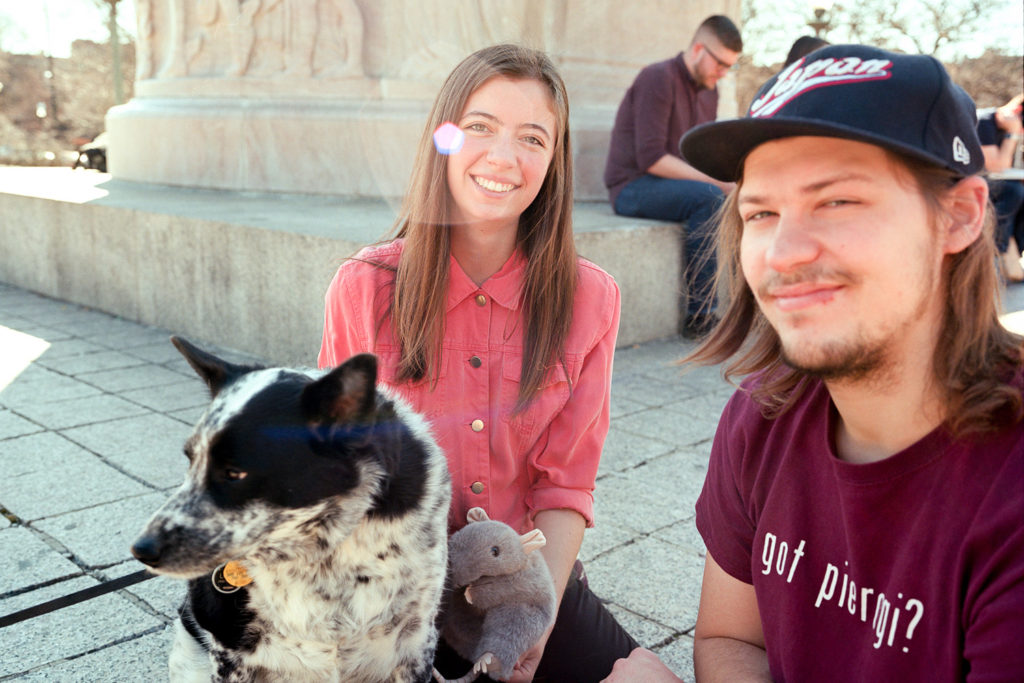 Every music fan has that underrated favorite that they persistently champion to anyone who’ll listen. That artist with a flabbergasting disparity between their talent and their popularity, the one you’re practically ready to start screaming from the rooftops about until people realize the grave mistake they’ve made by ignoring them. As someone who spends an unhealthy amount of time listening to and thinking about music, I’ve got a couple handfuls of criminally overlooked acts throughout my library. However, the more I listen to Ratboys, and with each time that I catch them live, the more I grasp how fucking great that band is. Like, truly spectacular. Like, one of the most all-around likeable bands to emerge in the last few years.

The Chicago duo, which becomes either a quartet or a quintet when they gig, play an earnest, warm, friendly brand of alt-country-tinged indie rock that knows just when to hurl itself into punky jaunts. Their 2017 full-length GN (Topshelf Records) featured a picnic basket’s worth of radiant tunes that liked crouching down near the edge of the blanket; ready to either leap up and go long for a game of catch or just hang back and enjoy the sunset. “Elvis Is in the Freezer,” “Control” and “Molly” were the congenial standouts, but tracks like the slow-burning “Crying About the Planets” and “Wandered” had some muscle to them that almost warranted the “heavy” tag.

Last week they surprise-dropped a companion EP to GN titled GL (pronounced “good luck,” which pairs with “good night” for a cute Edward R. Murrow nod) that features some of their strongest songwriting yet. The title track and closer “After School” contain some of their most urgent passages to date, and “You’ve Changed,” a swaying alt-country ballad with a weepy pedal steel lick, is low-key their catchiest song. For whatever reason, none of their projects (GL included) have seen widespread critical acclaim, which doesn’t necessarily matter, but just feels strange to me given how much sonic ground they’re covering without surrendering their distinct identity. That’s a trait the music press usually salivates over.

Last night they played the Black Forge Coffee House in Pittsburgh, a 40-cap room with a decent sized stage and a really loud PA system. The room was packed out and they rocked it. As great as their recordings are, everything really comes together for them in the live environment. Guitarist Dave Sagan is a skilled yet tasteful shredder, holding down the riffs during the head-bobbing verses and then letting go during the bridges in a way that recalls the timid expertise of Doug Martsch. He hints at his abilities throughout the whole song, and when he finally let’s loose it’s extremely gratifying but not overbearing, as he quickly pulls back and rejoins the groove. By the way, this band grooves. The rhythm section is tight and punchy, providing just enough bounce for Julia Steiner’s relaxed and cordial vocal delivery. Something about Steiner’s demeanor, between her humble yet collected singing style and whimsical stage banter, is just so endearing. She’s got so much character and personality but none of the bluster or self-importance that performers who play music as well as she does sometimes acquire. To re-use an aforementioned adjective, earnest is truly the best descriptor.

Ratboys aren’t necessarily underrated. I think the people who know them like them, and I think as they continue to play to more ears they’re bound to be one of those bands that’s suddenly everywhere. Especially as country-ish indie rock continues to become more prevalent, I think Ratboys are gonna be hitting their stride right when the world is ready for them. At least that’s the type of hopeful thinking that their music instills in me.