Home  >  Proper For a Change: an Op-Ed About Growing Up, Into It Over It, and Dodging Burnout

Proper For a Change: an Op-Ed About Growing Up, Into It Over It, and Dodging Burnout 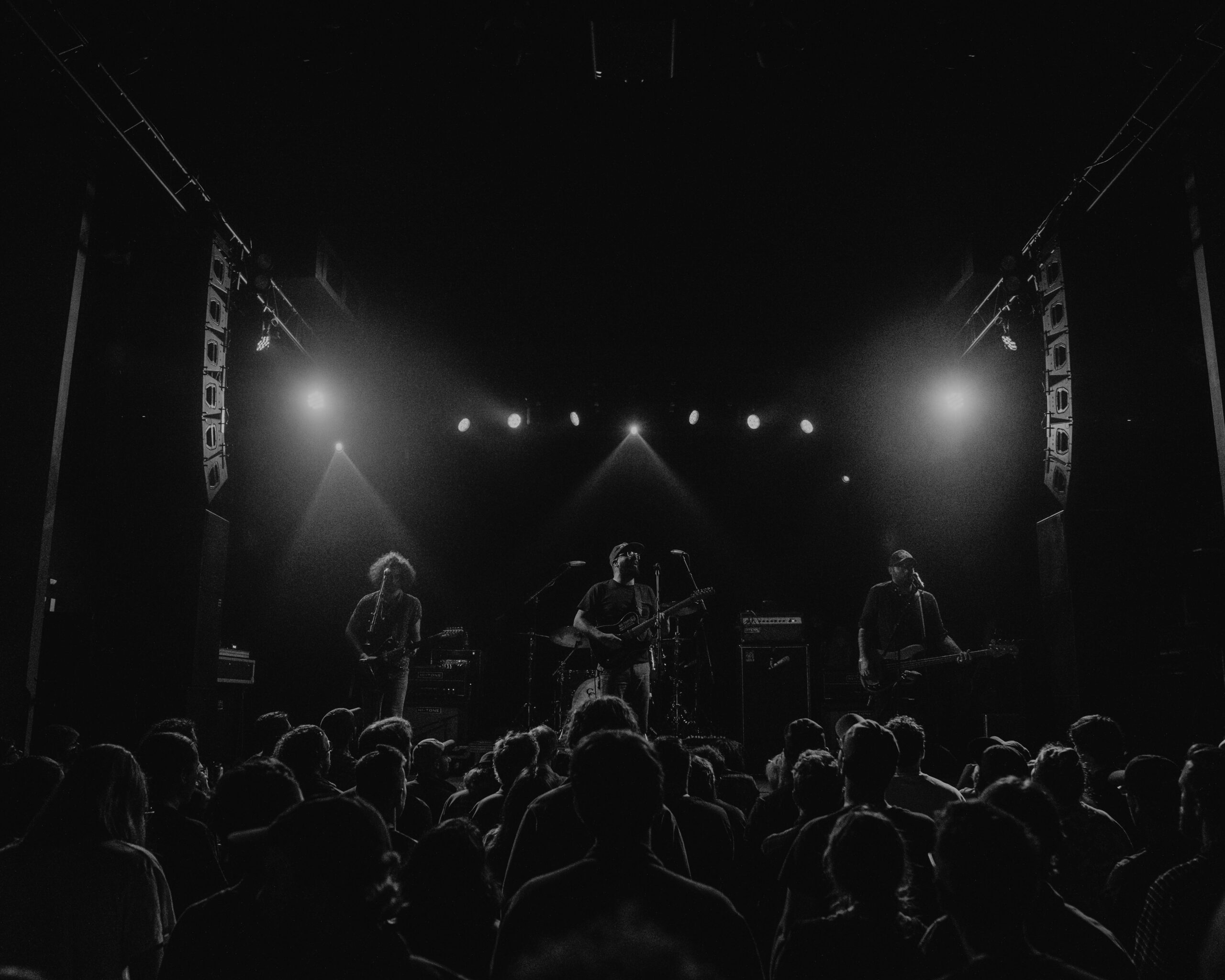 If you’re in your mid-twenties (or older) and still listen to emo music or to any other alternative music genre, you might relate to what I’m about to say: Music burnout is real, inevitable, unpreventable, and as I’m starting to learn, reversible.

This is the first time I’ve taken my thoughts to the keyboard about anything related to music since I stopped writing for The Alternative 3 years ago. Before The Alt, I was in a bunch of bands (still in a couple), and I ran a tumblr site for years called Couch King Emo that merged with The Alt in 2016. Then after a couple of years with this site, I stopped writing about music altogether, because I wanted to spend times on other non-music related things. It was a big change that I felt I needed. This will actually be the longest piece of writing about anything that I’ve put into the world since then.

Last Wednesday, I traveled to Cambridge, MA to see the band Into It. Over It. play a show with Pool Kids and Couplet. I hastily drove around Harvard Square for what felt like hours, finally scoring a parking spot next to a new ramen bar. If you put your ear to the bricks you could probably hear my hurried, pointed footsteps as I rushed to the venue. I made it up the steps of The Sinclair and through security just in time for Couplet to start.

As they began to play, I saw that frontman Tanner Jones was singing to only a handful of us attendees. The majority of the crowd would show up later, and most of those that were there already hadn’t made their way to the stage yet. I also realized this was probably one of the first couple of times that Tanner has played music on this national tour scale since the dissolution of You Blew It!. However, he seemed content with the sum of us.

In between sets, I noticed how many people I recognized at the gig. It was an unofficial Boston emo band reunion. I caught up with Joe from the band Handwriting who now plays in Baby Bowler. We spoke about how we’re both still making music, but how differently we treat ourselves and our bands these days. This conversation especially reminded me of one of my main issues with the music industry, and what led me to step away from it all for a while.

I put everything I had into the music industry when I was younger, and I relied on it for everything as well. I used to take so much joy and fulfillment whenever any of my bands were recieved well at a show, or a post that I had written was getting a ton of positive engagement, but I would also be constantly dissappointed if either didn’t happen, or the music industry found some other way to totally let me down. It was a cocktail of tunnel vision paired with rose-colored glasses. Myself, and many of us younger people in the music industry at that time, were determined to work overtime at the worst day jobs, all so we could take time off for shows that didn’t cover the gas it took to get there. And when that level of sacrafice didn’t pay off, and when we didn’t make enough money to quit those horrible day jobs, it crushed many of us, (myself included).

The local music scene had been the biggest thing in my life, and I didn’t want to feel resentment towards something that shaped me, so I made a change. I took an office job that wasn’t quite so terrible. I stopped writing about music and devoted what time I did have to playing music. I couldn’t take as many days off, but I could play music on the weekends. Not putting every single effort into music, has actually been more sustainable, and looking around at the other attendees of at this show at the Sinclair I could see that many had probably made a similar decision at some point.

Despite all these older weekend warriors in the crowd, there was still a fervent, fiery energy floating through the air. As Pool Kids crushed their set, I could see that their electric and mesmerizing energy had awaken the true music lovers in all of us. This is even more impressive, considering they did it with a setlist of mostly unreleased or brand new tunes.

After Pool Kids, I texted my photographer brother Kyle (one of The Alt’s current photo editors) who was busy shooting a different show, that he had to get here and capture what he could of the night (more photos below). It turns out I was right to tell him to get over here quickly, because Into It. Over It. jumped right into their set without even a greeting, just so eager to play a fresh batch of songs.

IIOI had come ready to play. Evan’s stage banter revealed they had a 58 song repertoire store in an excel sheet that was opened each day to curate the setlist of the evening, and that it had varied from show to show. He also spoke a bit about touring, performing, being good enough, not feeling good enough, and a revelation that possibly saved the band. To paraphrase him, he said “Selling your work as high-brow emo and not fun rock, and trying to fit a mold. Curating an image that’s more serious than you are. That’s not fulfilling and clearly lacks longevity.” Clearly he too, had found that his relationship with music and performing his art was also not very sustainable, or even fulfilling.

Wearing the biggest grin, Evan said, “It was fun for awhile, and then it wasn’t, and now it is again”.

Its hard to say, from this one moment, but Evan seems to have it all figured out now. He got a job and stopped touring, and then couldn’t tour for years due to the pandemic. Over that time, I’m sure he got used to not performing live at all, and he certainly didnt need to go back to being a touring musician, and yet he did. I think that’s why he seems so happy being back at it, and more geniune about the entire process.

Tanner too, seems to have gone through a similar process. He opened a coffee shop & bodega in his post You Blew It! life that he runs in Florida. Yet he also is out here touring with Couplet, which seems to be a true passion project. You could say the opposite for his You Blew It! bandmate Andy, who has gone from YBI to joining the full time lineup of Pool Kids (as well as the emo legends Dikembe). He too must have found some way to balance his life an interests, just maybe with a much heavier dose of rock n roll.

Toward the end of the night, after ripping through songs from nearly every Into It. Over It. release, Evan mentioned playing bass on You Blew It!’s sophomore album. This hint quickly resulted in a big moment, as just like that both Tanner and Andy were on stage beside him, tuning guitars as the crowd realized what was happening. Backed by IIOI’s drummer Adam Beck, the newly reunited You Blew It! jumped into “Match & Tinder” to end the night on the highest note possible. Everyone on stage had levels of enthusiasm I’d never seen them wear before, and I’ve been seeing their bands for a decade! And what was the crowd to do but conform, starry-eyed as we piled on each other screaming lyrics to a song that hadn’t been performed live in 4 years.

I felt an energy watching them that had been absent for longer than I’d like to admit. That’s what really made me realize that I, like many other young musicians who devoted years to “the grind”, put too much pressure on myself to succeed in a way that I felt I needed to in order to live a full life full of music. I wanted to match what I was seeing other musicians achieve. And in doing all this, I guaranteed that I would never succeed in any way that would make me happy.

When it’s all broken down, Evan said was that he’d rather be having fun playing music on stage with his friends than be at home watching Netflix. By those standards, this night, this entire tour, was already an immaculate success story, no matter what else comes from it or how many tickets they sell. And they seem to be enjoying it more than ever, so I guess I’ll take their advice and keep going from there. 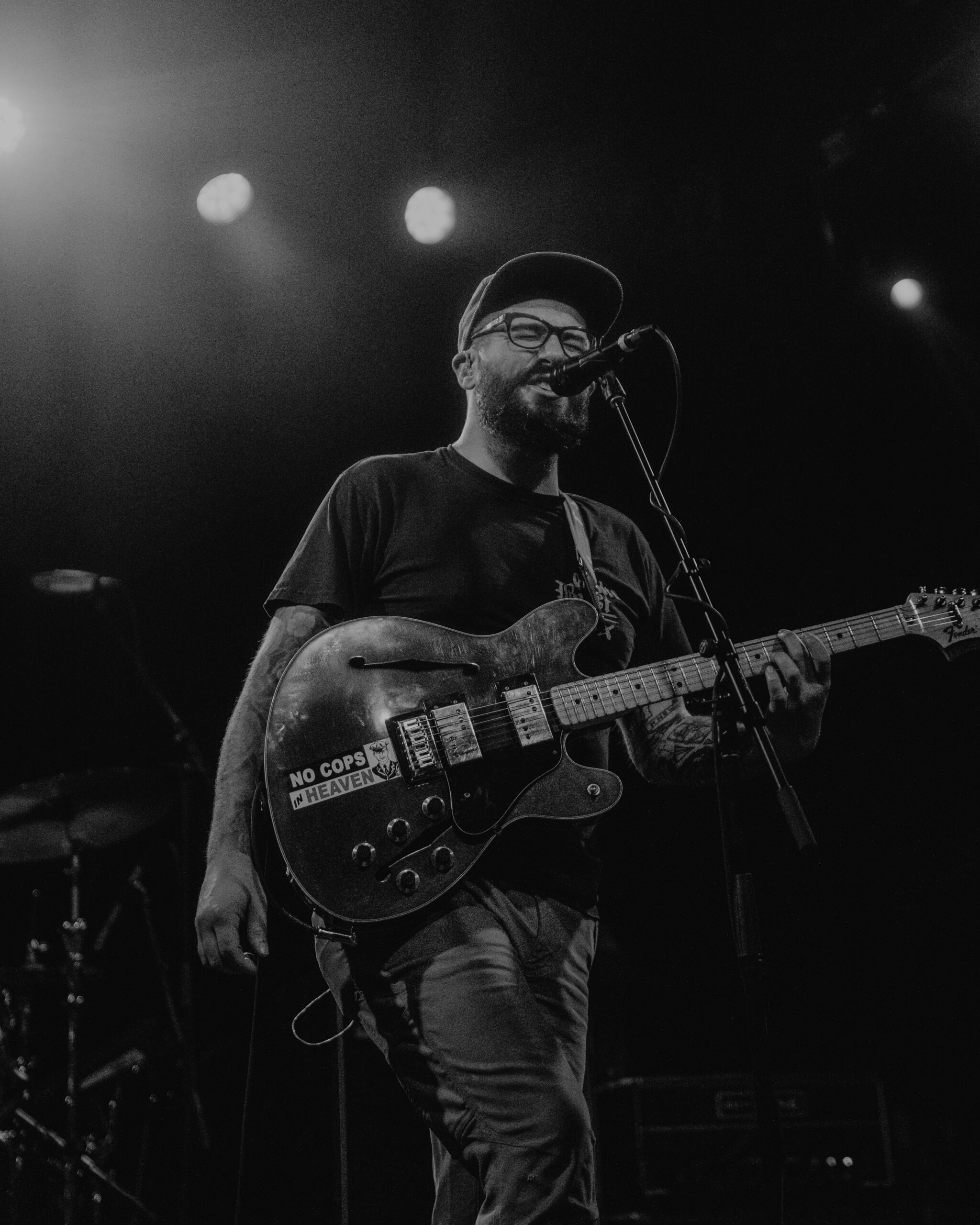 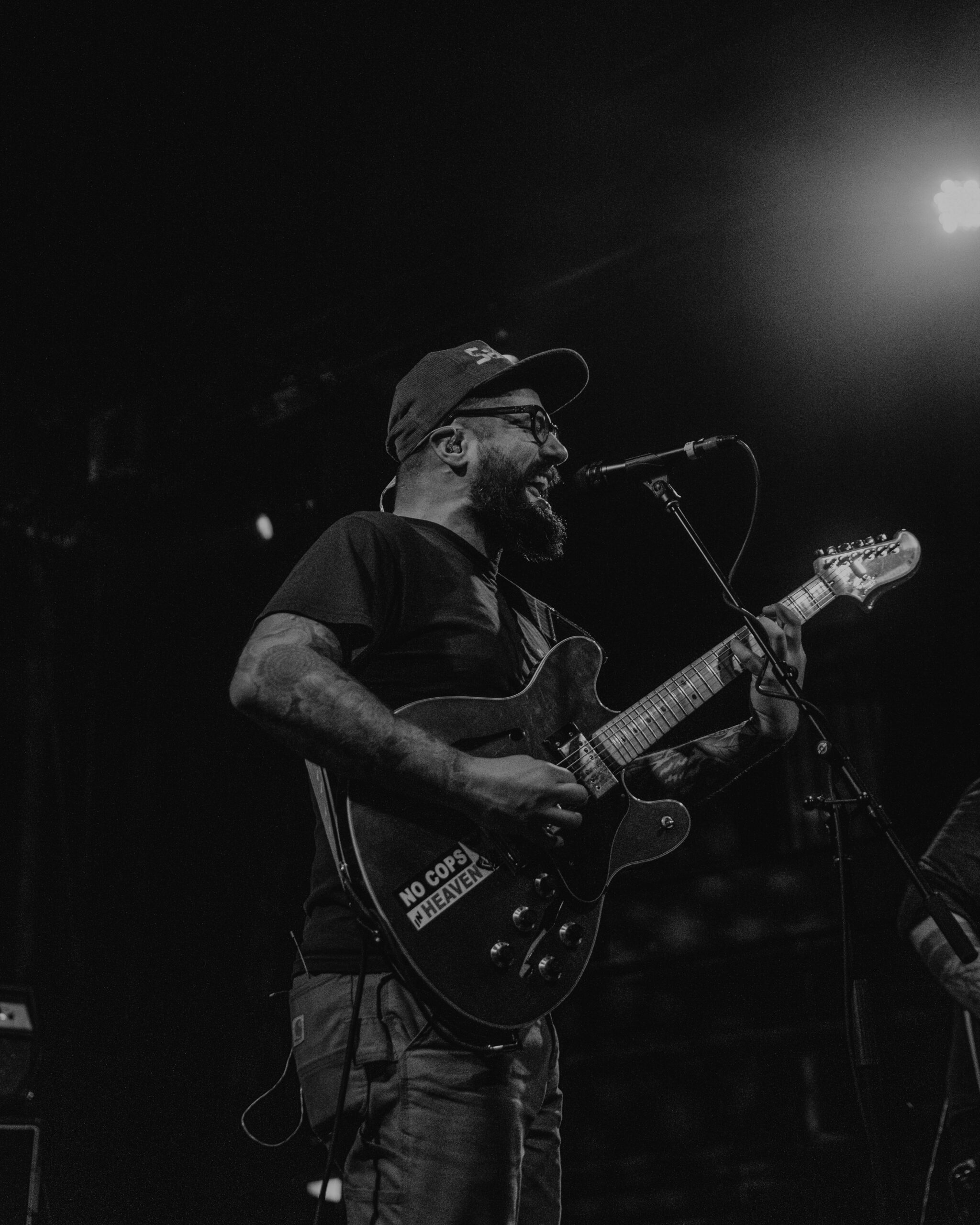 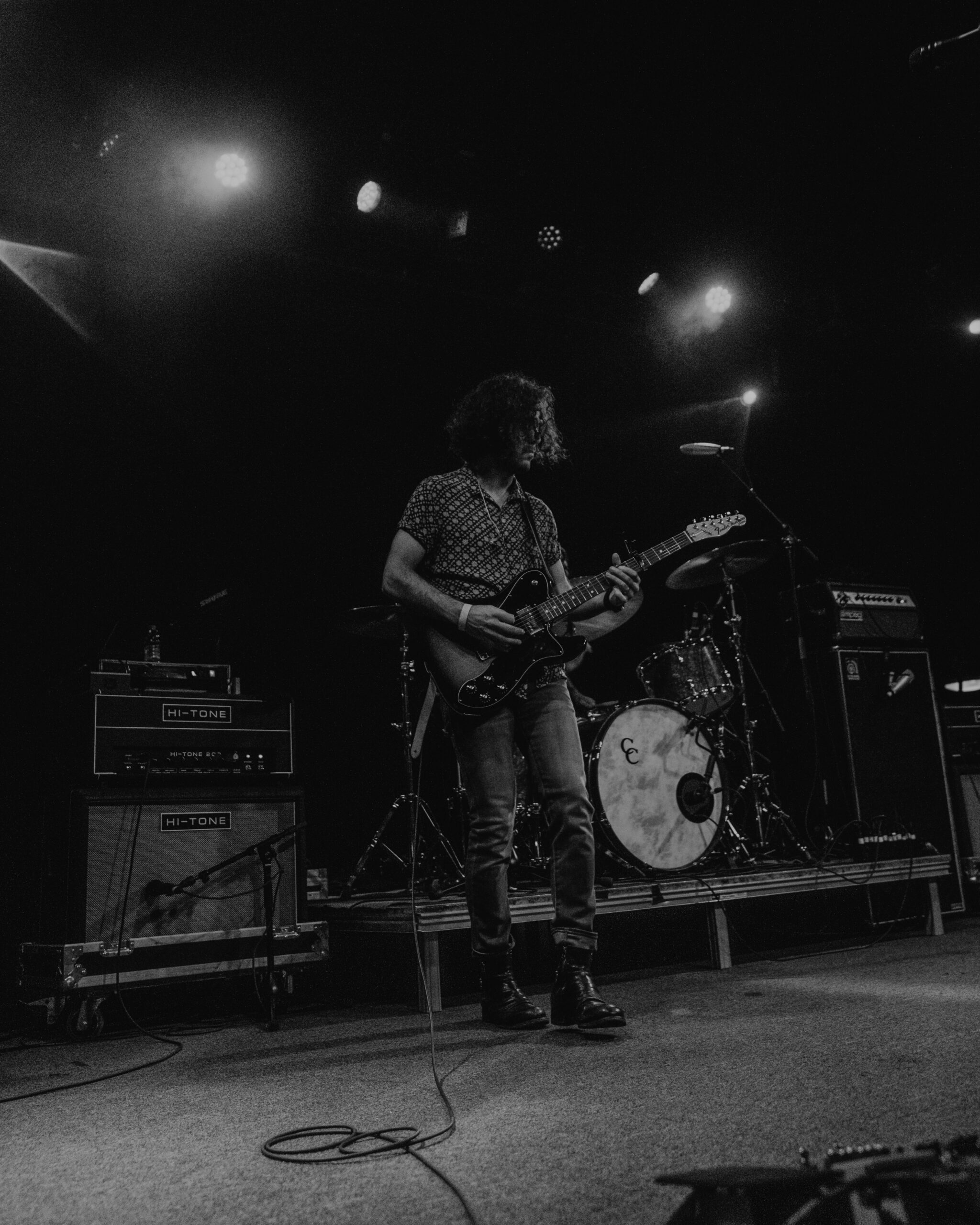 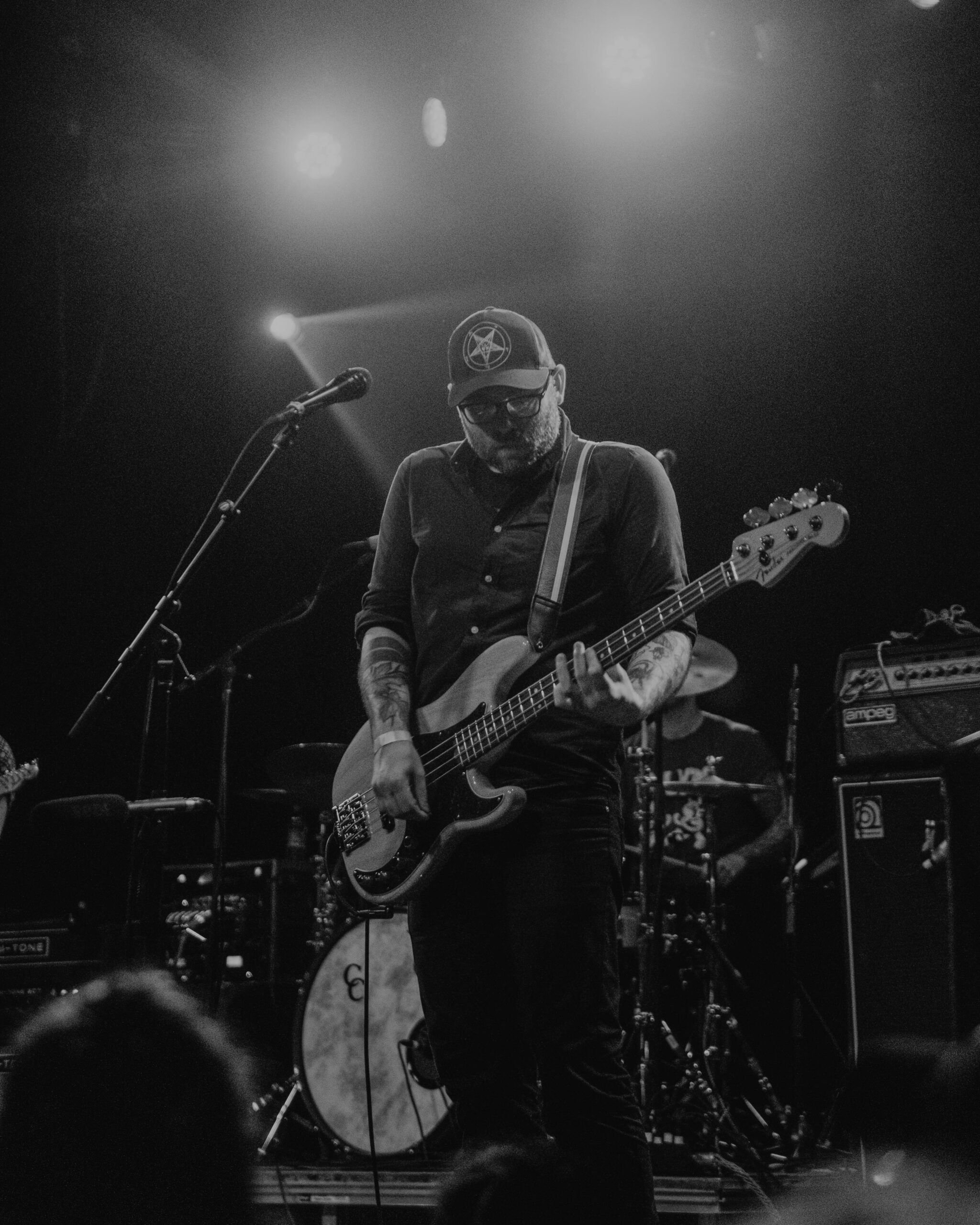 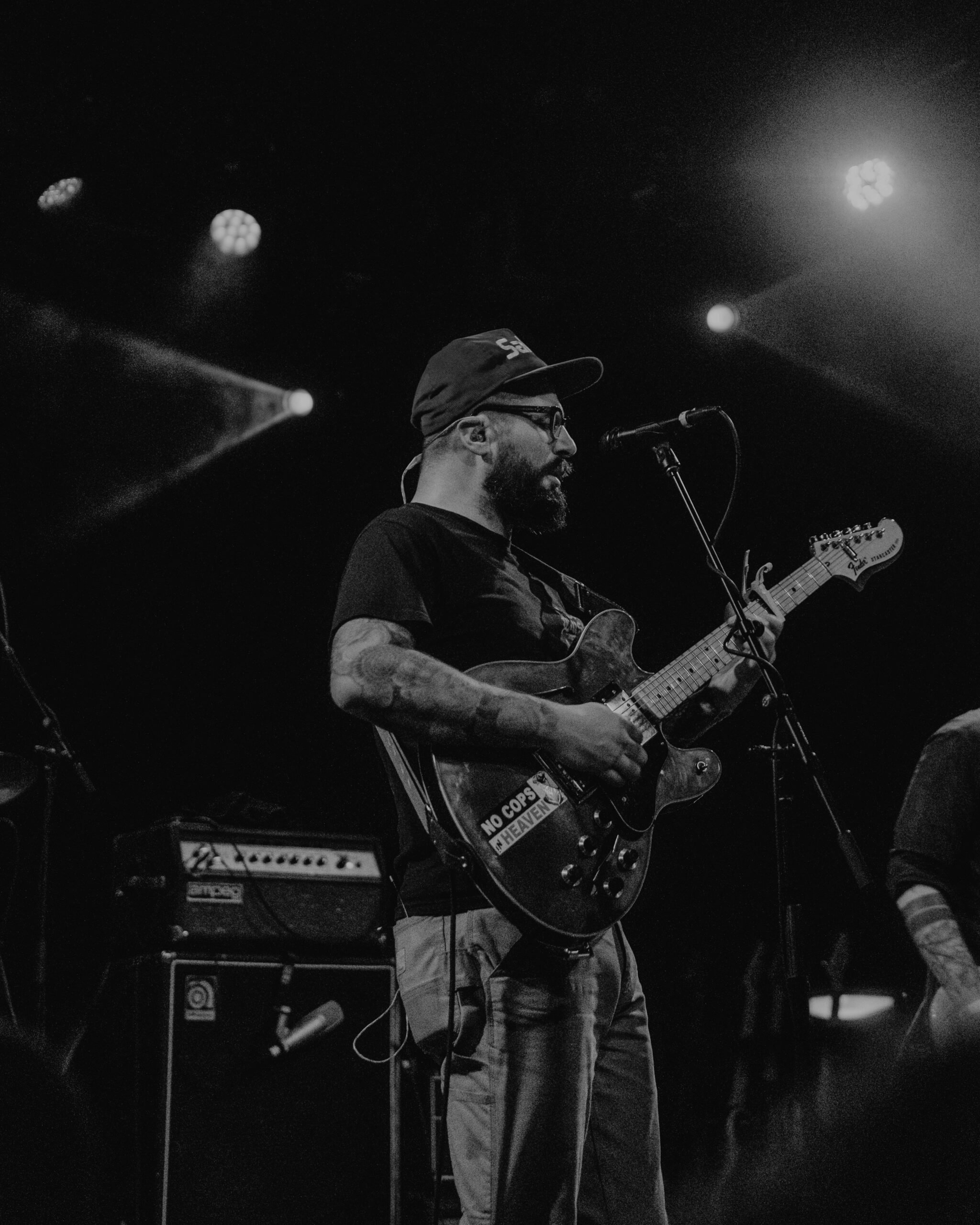 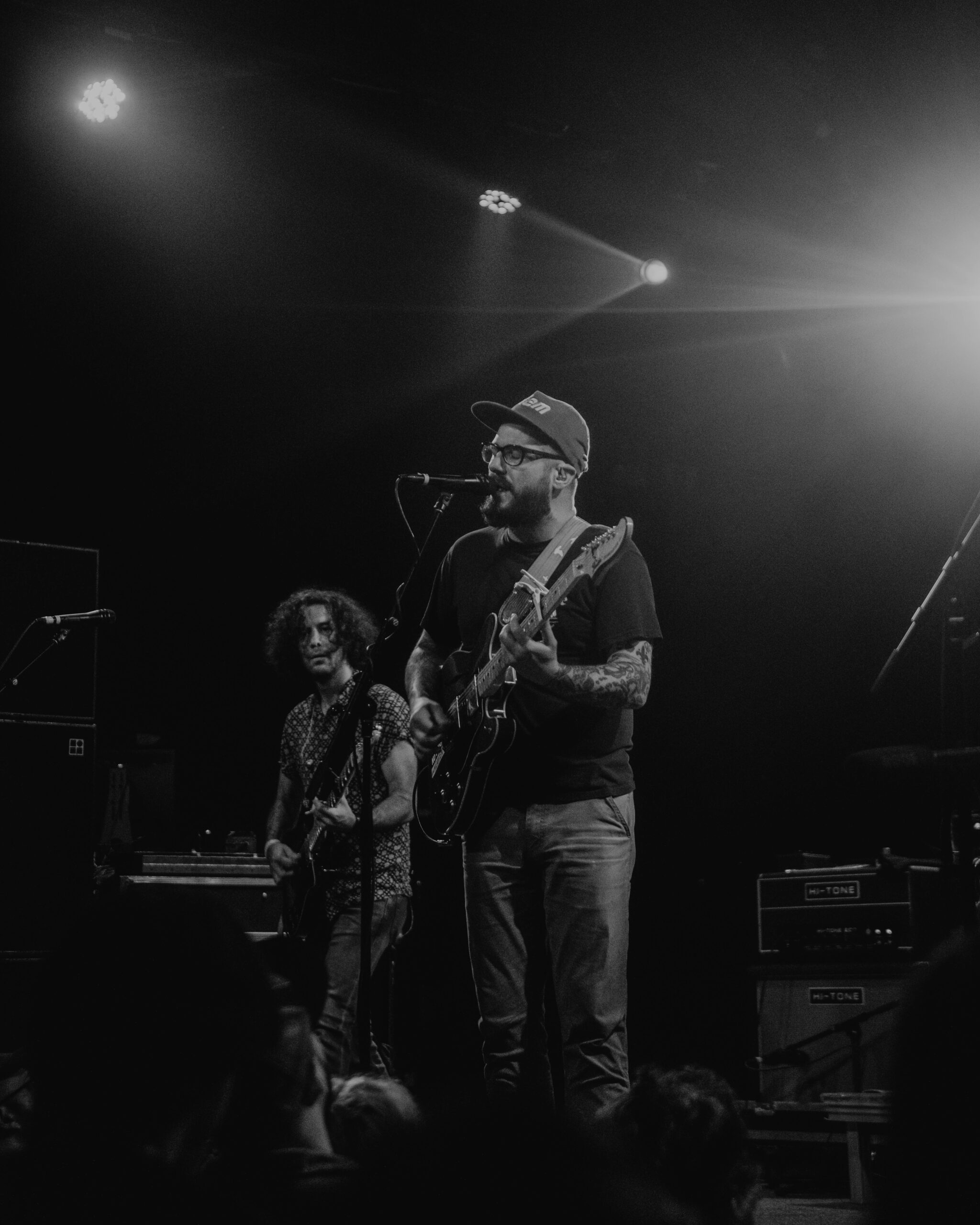 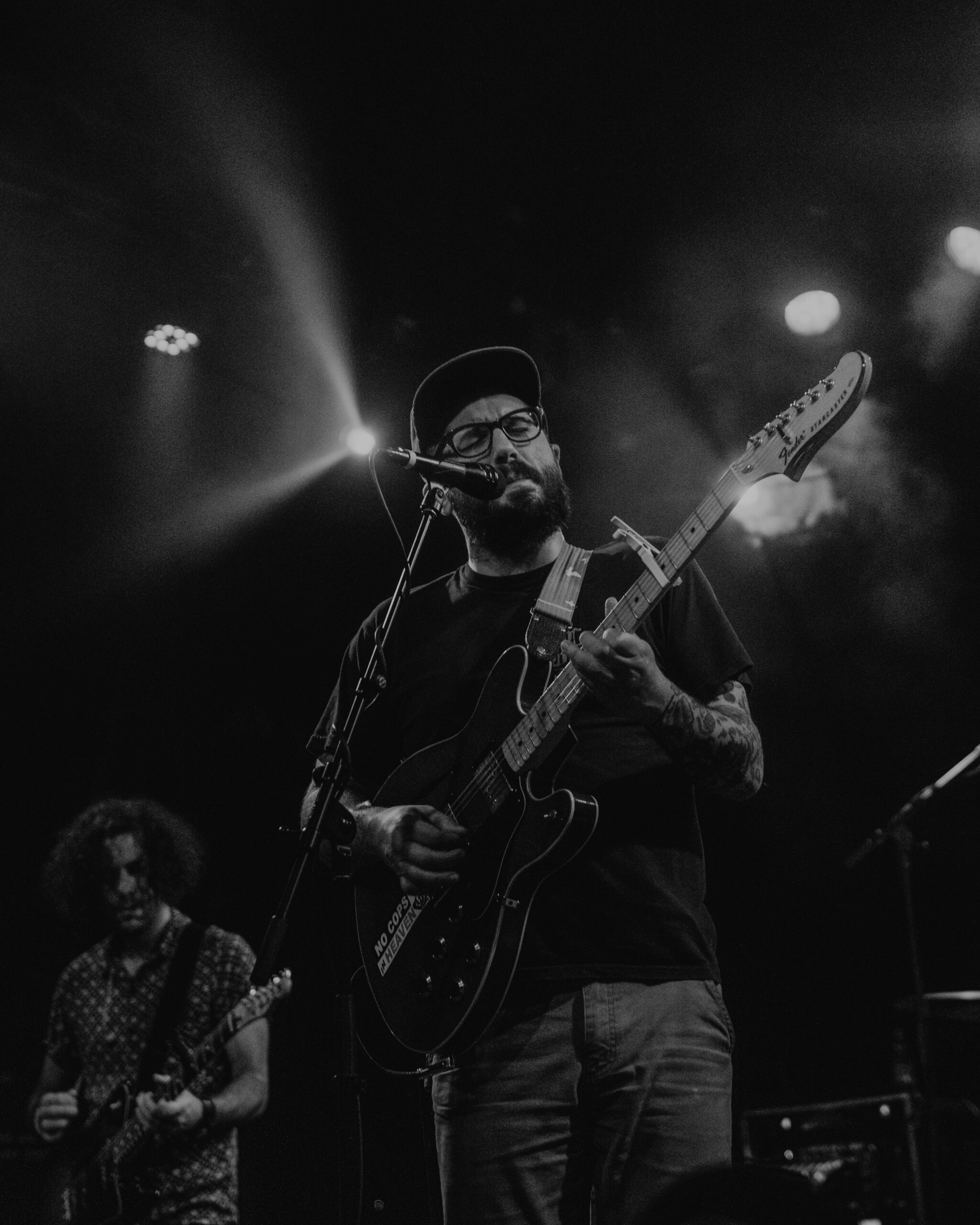 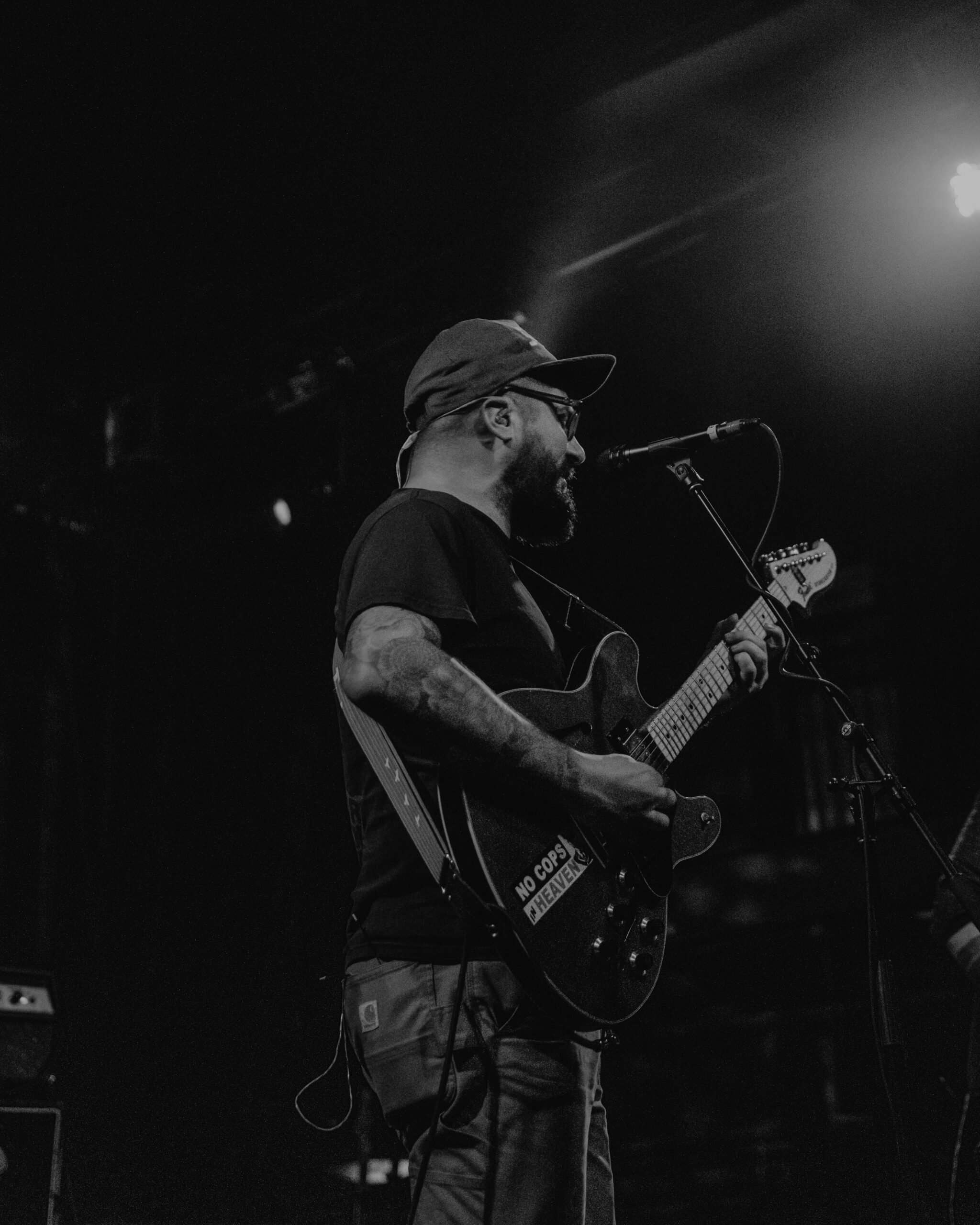