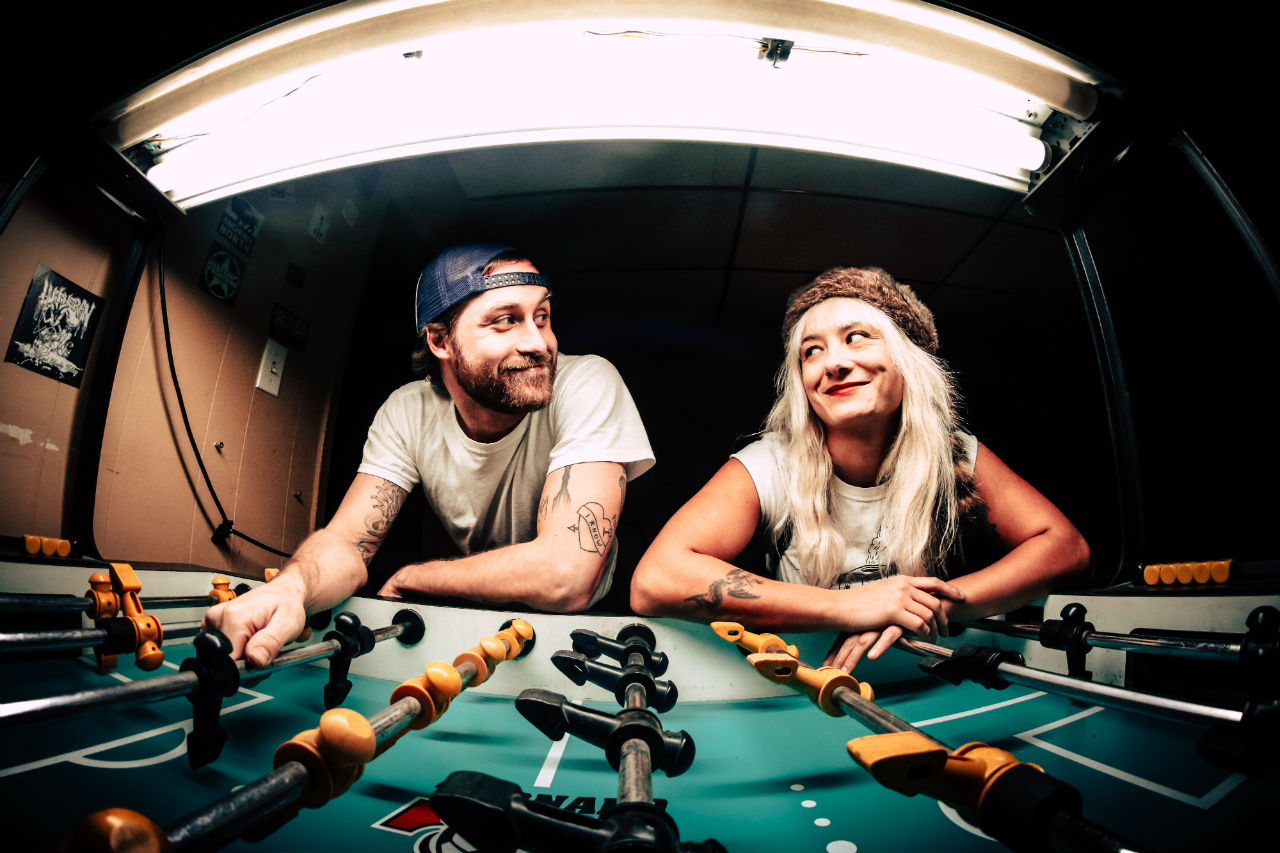 The Alternative is stoked to be bringing forth the fuzzy single “Lost Boy” from Miesha & The Spanks! The track features a snapping snare rhythm that makes it all the more catchy to get lost in. The vocals wind through a hazy chord progression. The song has a bit of a psychedelic feel to it thanks to the thick bass that drives the song, allowing for some melodies to sink in from the atmosphere. It’s an interesting blend of music to have this very swing driven song be pushed with forward with rock tinged pop. The song is off of Miesha & The Spanks’ upcoming Girls, Girls, Girls. The record was produced by Paul Rawson and Danny Farrant (of The Buzzcocks).

Take a listen to the track below:

“Working with Paul and Danny we came up with this lead guitar part that sort of fumbles out of tune, and it’s weird, and I actually was criticized for it on a grant application, but I love it. I think maybe it was an accident in the studio? But we all shut up after and I think it was Danny who broke the silence and said ‘I think it’s perfect.’

I don’t include a lot of politics or social context in my songs, but ‘Lost Boy’ is really about everyone left behind or given up on as society moves forward. It can mean something different to everyone I think- everyone has felt lost/confused- but I’m personally speaking to my indigenous family history and watching family members get lost and left behind in their integration into white society.” – Miesha & The Spanks