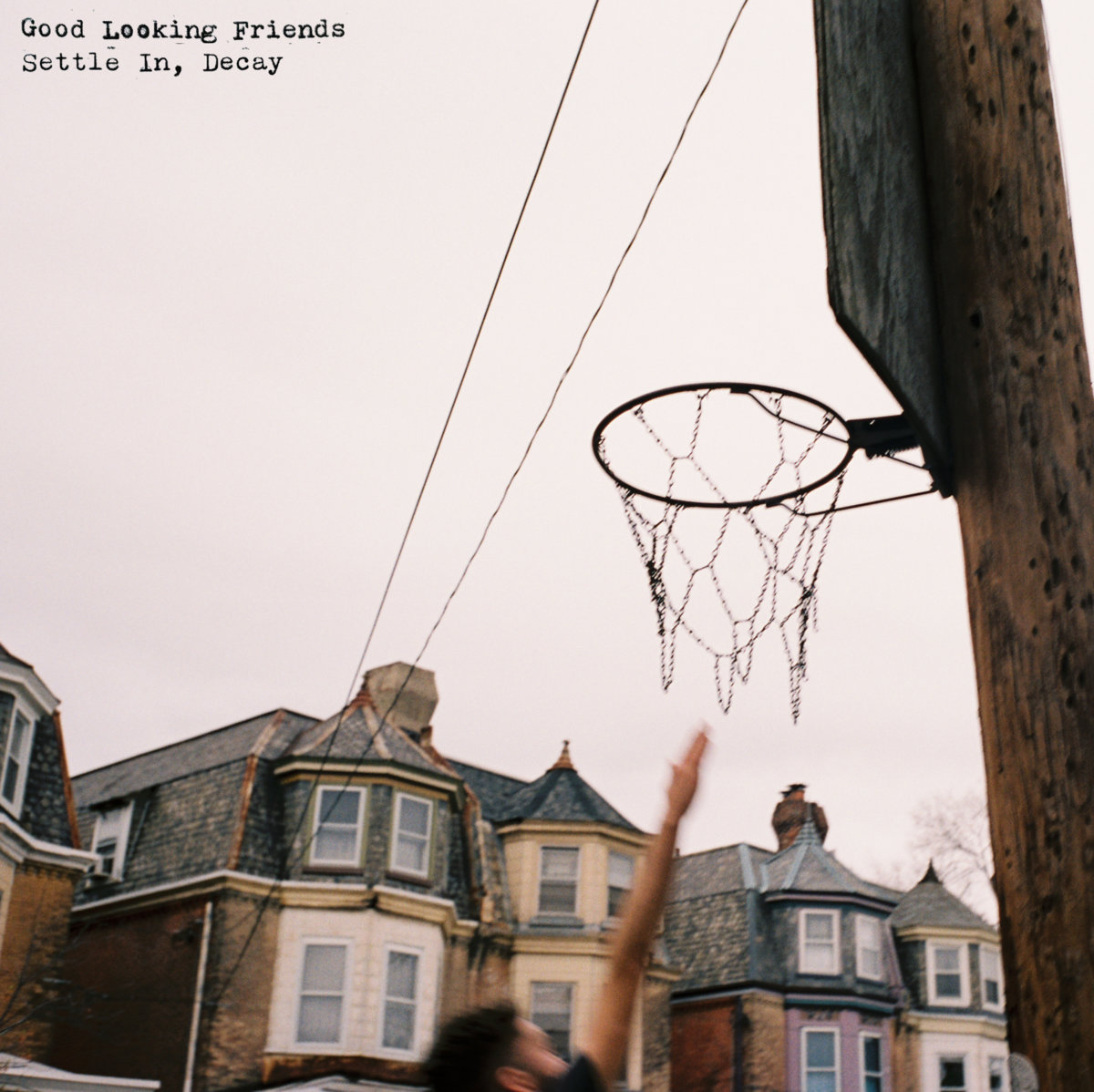 It’s hard to deny that emo’s had a bit of a rough go these last six months. 2016 was arguably the genre’s highest peak of popularity since the 90’s, and unarguably its most critically magnetized year ever. Unfortunately, 2017 saw the despicable truths of the genre’s premier act come to light, the indefinite hiatus of its future crown-bearers, and besides the cultish hype around the yunahon mixtape and a really solid Sorority Noise album, a glaring lack of a consensual emo masterwork—as the previous three years had provided.

With 2018 clearly scheduled to belong to vaguely emo acts like Prince Daddy & the Hyena, Just Friends and pop-punk-by-way-of-emo bands like Mom Jeans. and Remo Drive (a sound that critics, the same ones who chin-strokingly declared the genre’s renaissance worthy of consideration upon hearing Goodness, seem to be turning their noses at), emo is once again fragmented. Which means that there’s room for a band like Good Looking Friends to come in and give it a go.

The Brooklyn band have been dropping EP’s for a couple of years now, but their 2018 debut full-length Settle In, Decay, which we’re premiering below, is the best introduction to their multifaceted, emo-by-way-of-everything-that’s-not-emo sound. There are some twinkles, some Algernon-esque inflections, and cover art that basks in the genre’s cloudy, urban aesthetic. But in many ways, Decay sounds like its actively avoiding all of the recent emo trends, simply using the idiom’s confessional lyricism and drab moods as a springboard to leap toward other sounds.

Tracks like “Birds,” “Grave Pit,” and the momentous instrumental closer “Cassini” are fully committed post-rock tracks that feature delicate piano arpeggios, whispey violin strokes and dense climaxes. Chris Teti’s (TWIABP) boardwork is easy to spot on here, as the mixes are both crowded and roomy, a dynamic that Teti has legitimately perfected at this point. The TWIABP comparisons are reasonable (the band’s violinist Nick Kwas is a former TWIABP member) but also feel like low-hanging fruit, as there really isn’t anything on here that quite sounds like Harmlessness. “Cassini” falls just shy of six minutes and is completely instrumental, something that wouldn’t fly with any other comparable band in their scene (Foxing, Prawn, Jouska, etc.).

Good Looking Friends aren’t all that interested in savory hooks, either, (another trait that separates them from their uber-melodic peers) but “Front Porch” alone proves they could pen an album’s worth of anthems if they wanted. Instead, after a more standard-fare first half, they use side b to tread through indie-folk tracks like “Southern Live Oaks” and “Censor,” the latter of which gently transforms into a reverby, lightly crunchy guitar outro that floats nicely into the soaring closer. The record ends very differently from where it begins, and honestly the road there can be bumpy. The band’s obvious inclination to refrain from any sort of pigeonholing sometimes results in clunky transitions, but their interest in jumping all over—or even off—the grid is what makes Settle In, Decay so interesting. It’s an ironic title, really. There’s no settling to be found anywhere on this thing.

Stream it below ahead of its release this Friday: