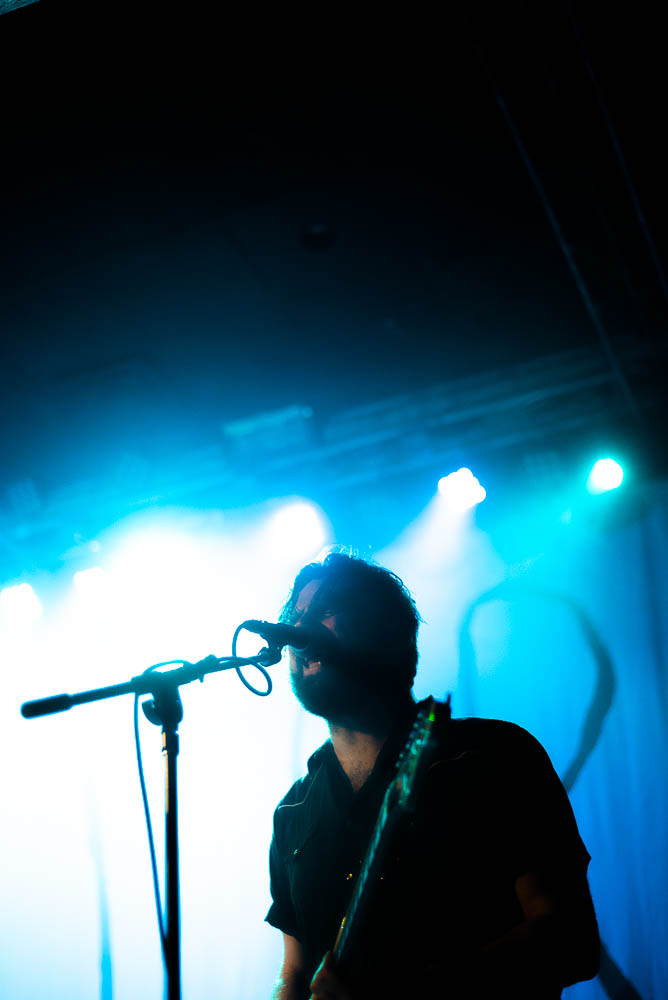 Yeah, there are worse ways to spend a Friday evening in downtown Minneapolis than at a packed FIDLAR show when it’s under 10 degrees. I’ll maintain that the New England winters to which I’ve grown accustomed are pretty brutal, but as someone who was just visiting the Twin Cities for a few days, yes, this was a new level of cold. But still – having had the privilege of seeing FIDLAR a few times before this, I knew the body heat index (not a real scientific term, I think) would be pretty high in the room. 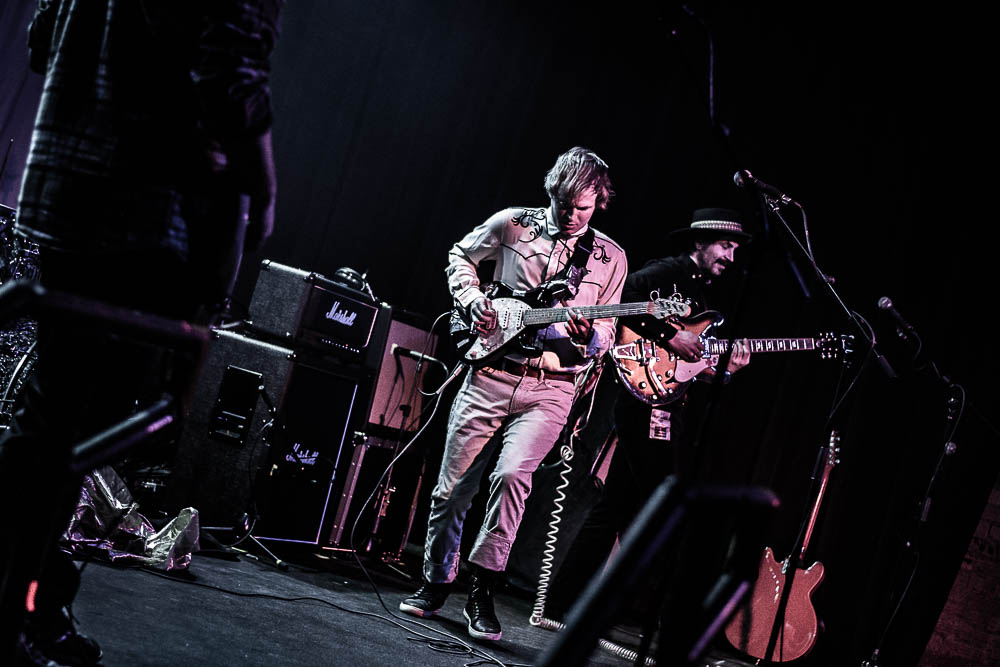 Local openers France Camp brought some serious Oh Sees spastic psychedelic groove to the room, complete with a guitar-wearing dive onto a supportive sea of welcoming Minneapolis hands. Sweaty start to a sweaty evening – for anyone still cold in the room, the heat wave was welcome.

Was it strange to see giant Audi and McDonald’s signage in the venue at this gig due to their sponsorship of the show? A little, but at the same time…not really. For one thing, corporate sponsorship at gigs doesn’t surprise me anymore, and hasn’t for a few years, and two, FIDLAR did famously proclaim “I’ll never sell out…wait, how much??” 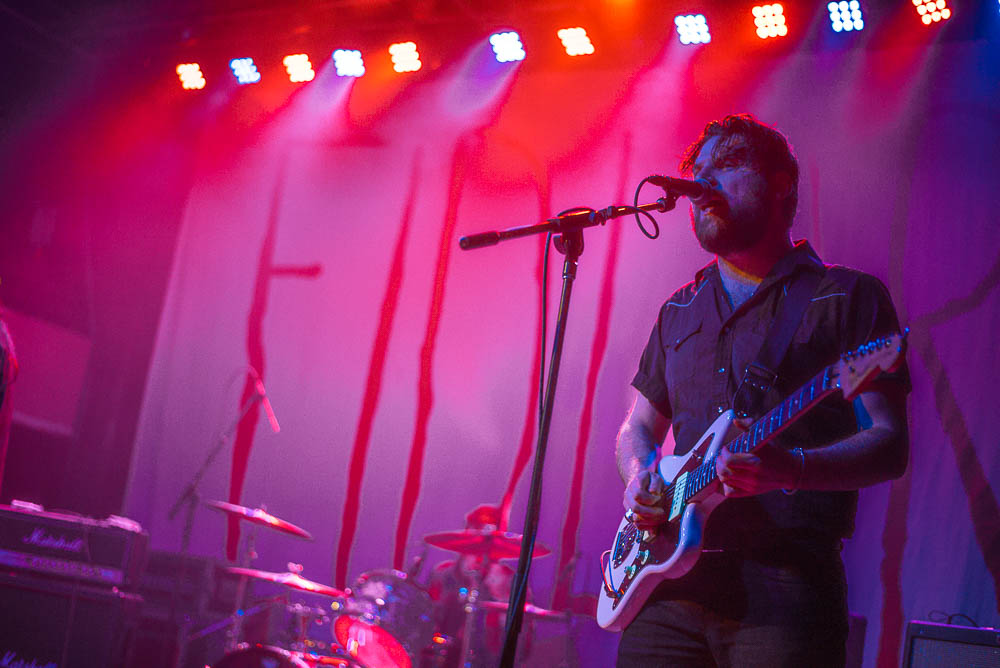 Because who gives a shit? You don’t go see FIDLAR because you’re white-knuckling some semi-obsolete truth about raging against consumerism or holding a band aloft as saviors of an anti-establishment DIY movement. As one kid near the front put it (during his first time seeing FIDLAR live), “the first time my roommate played this band, I ran downstairs and said ‘YO what is this? I wanna DRINK.’” Yes, sir, you did (and you also totally spilled your beer down the front of my jeans, but no harm done).

It was even more fitting, then, that the four piece LA party punks opened with “Alcohol,” one of the certified bangers (hate myself for saying that but here we are) from their latest offering Almost Free. They are, in fact, much better live – i.e., stripped of in-studio flourishes, additional layers, and quirky instrumentation that sometimes sound like they were added just because time and money were both available. Tracks like solo boozing anthem “By Myself” start whimsical (just Zac Carper laughing through the opening line as an intro without any instruments behind him yet) and turn explosive when the entire crowd turns into a pogoing supplier of gang vocals. Wanna feel disaffected about the world and/or relationships? Rad. FIDLAR can still bust out <yes> classics like “Punks” and “Why Generation” got the young crowd thrashing around like they had just gotten out of their parents’ basement. 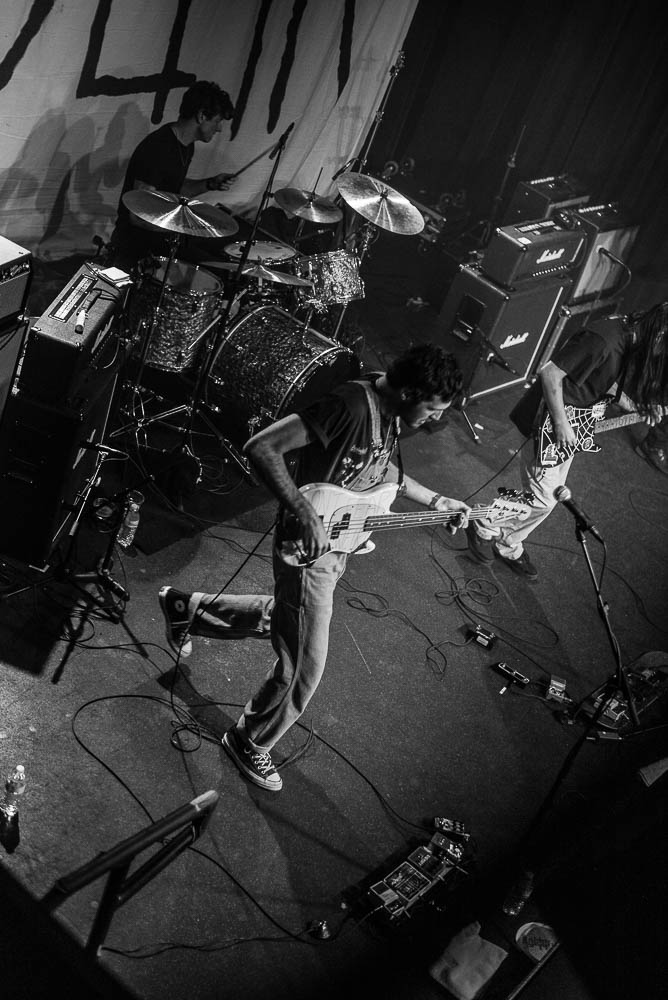 I’ve considered myself somewhat jaded for a bit. But at shows like this FIDLAR show, I realize, I no longer care. I shouldn’t care. YOU shouldn’t care. Any relentless seriousness that you bring to a gig, especially one like this really winds up being, for lack of a better word, bullshit. ‘Cuz when you break FIDLAR down to their DNA, they are a band that hollers songs about getting fucked up, CHEAP BEER (yes, the obvious encore closer), being a twentysomething not really sure of their place in the world, and hanging out with friends. When a pit (and a rambunctious one, at that) opens up not even seconds into your first track and doesn’t stop once over the course of your hour set, you’ve found your niche. And this niche, for FIDLAR, is a wide one. 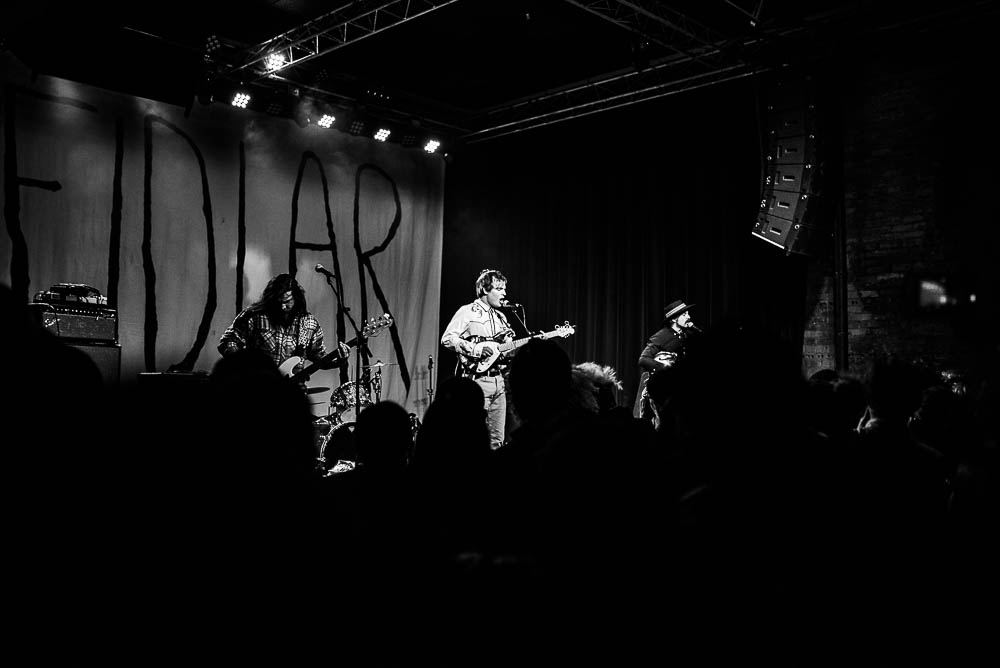 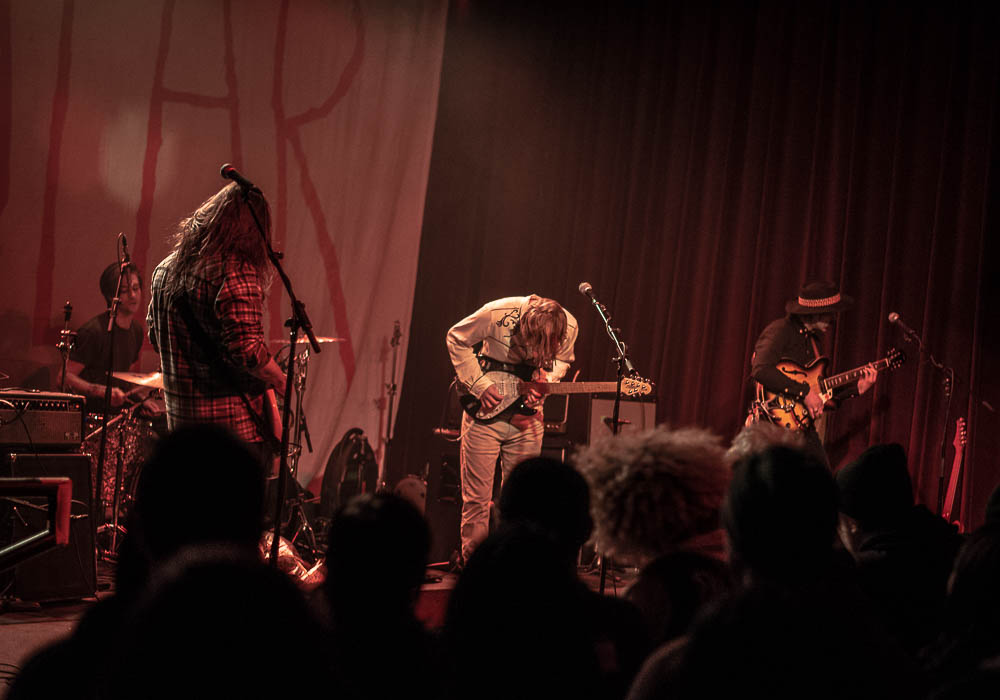 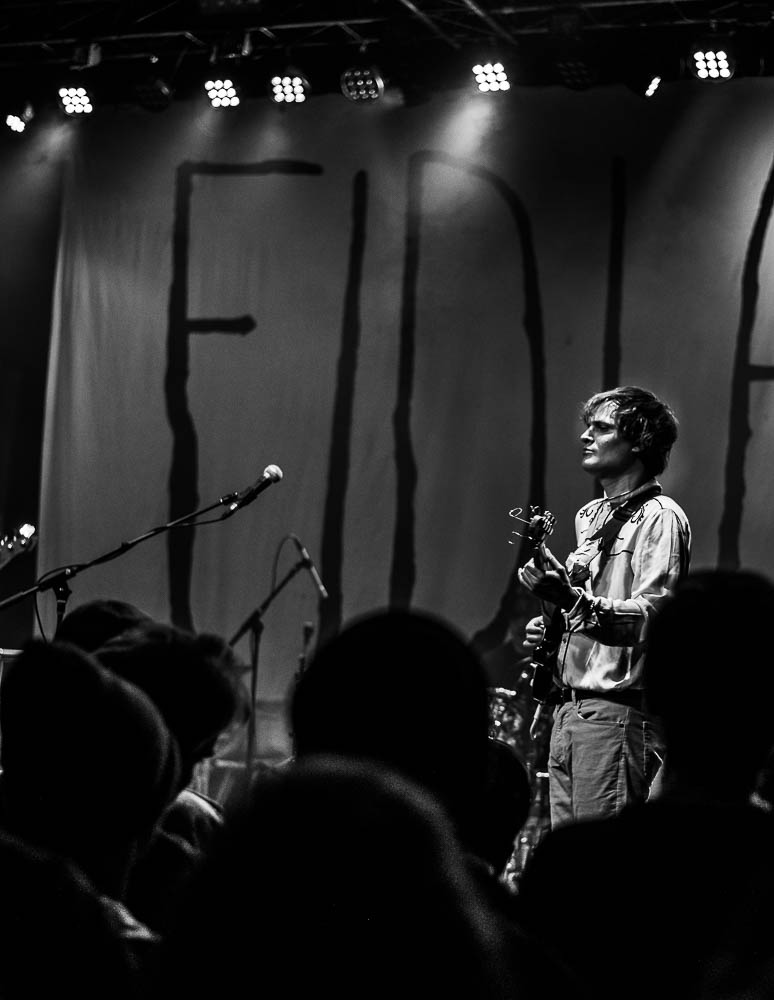 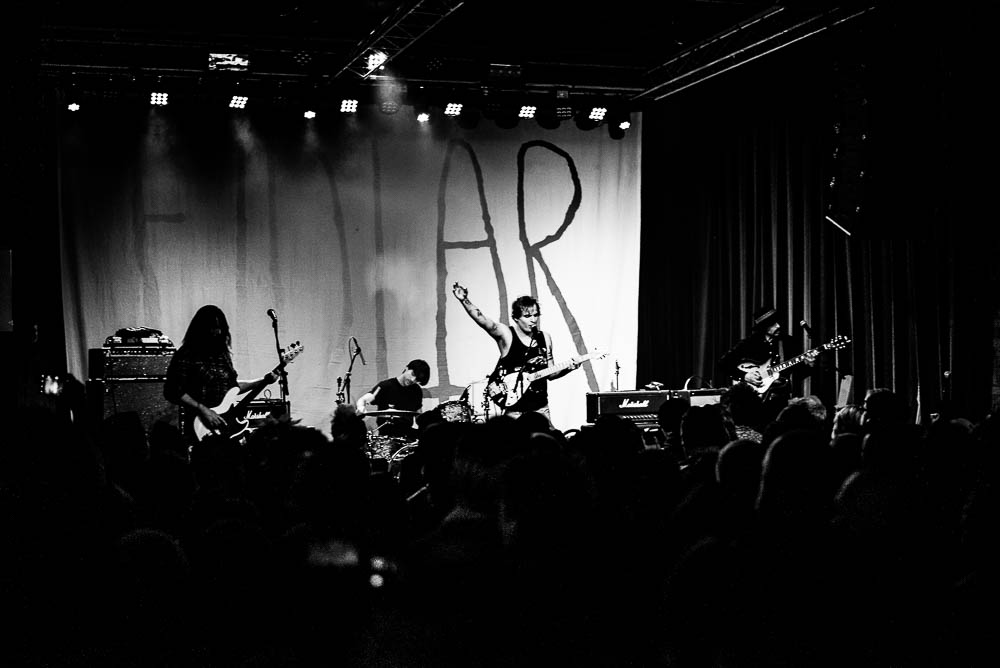 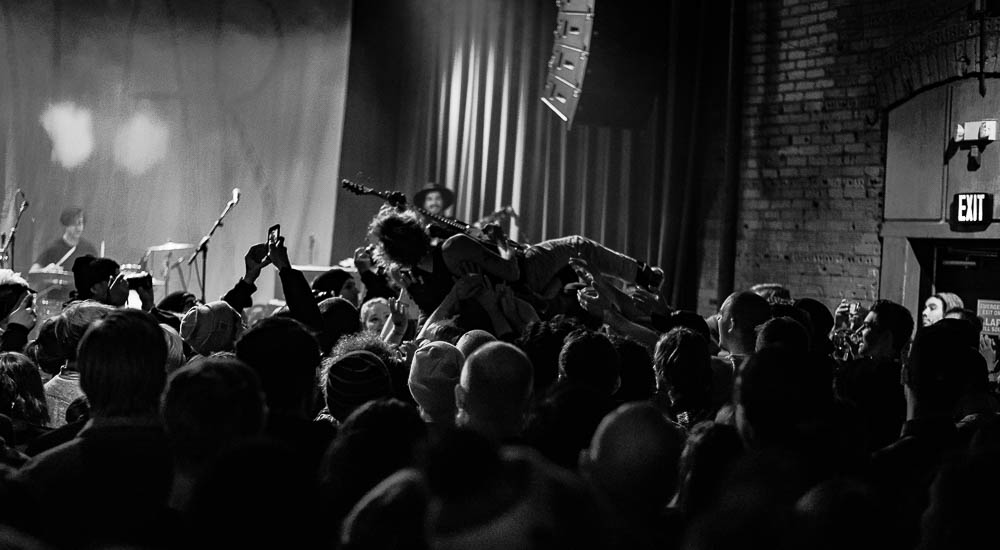 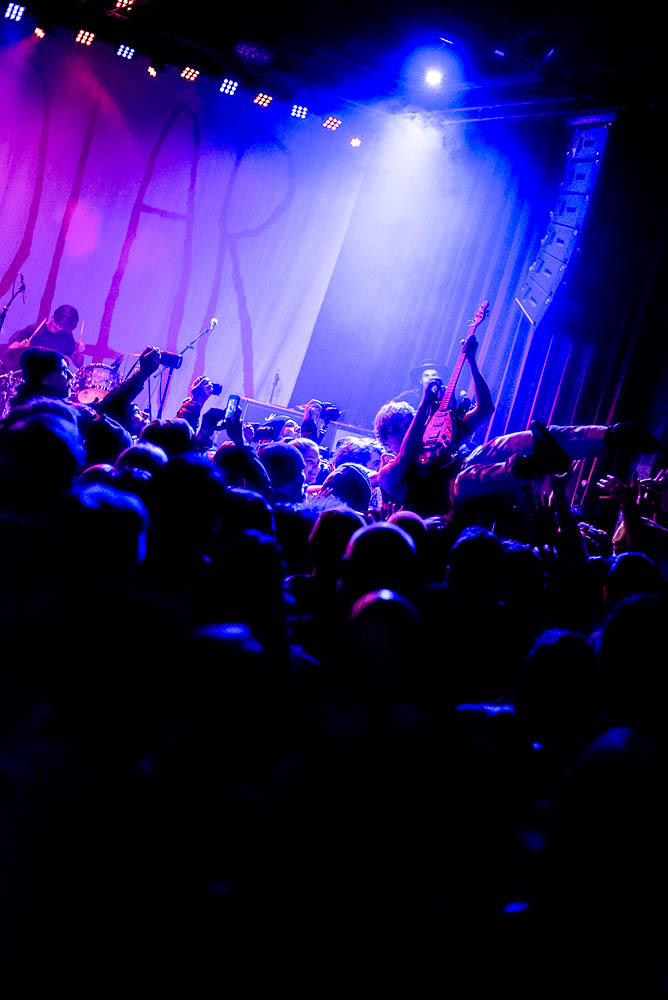 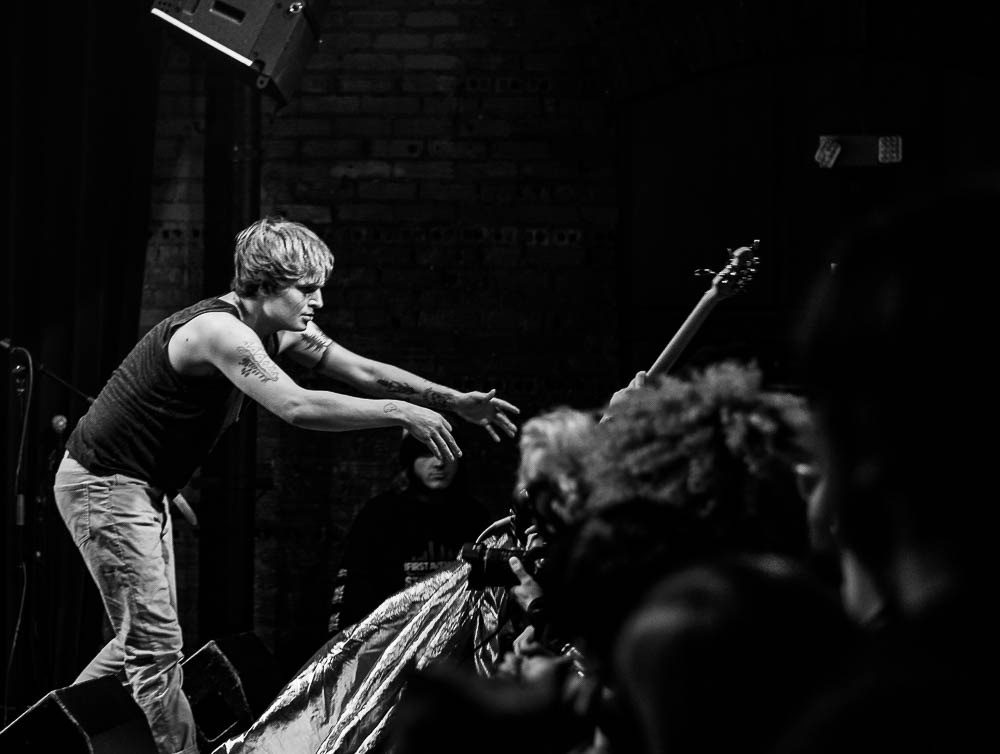 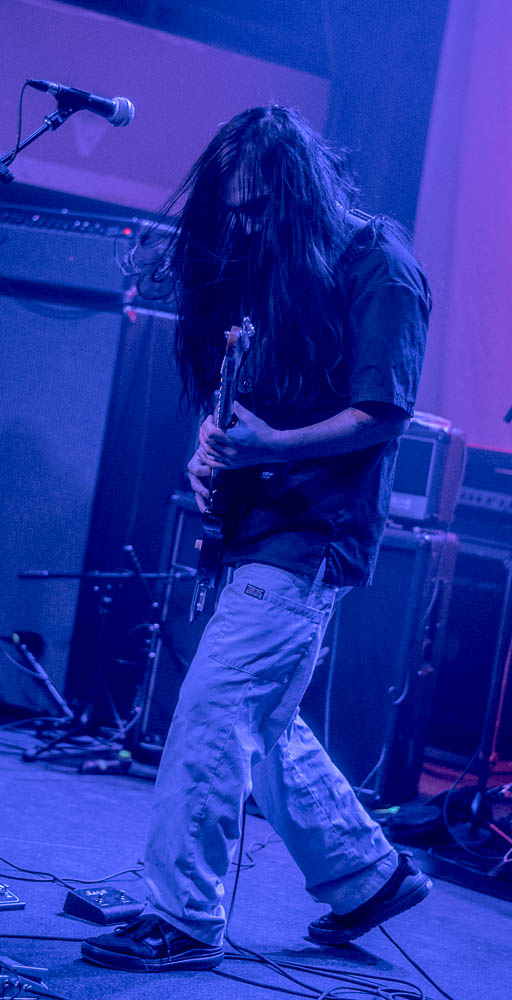 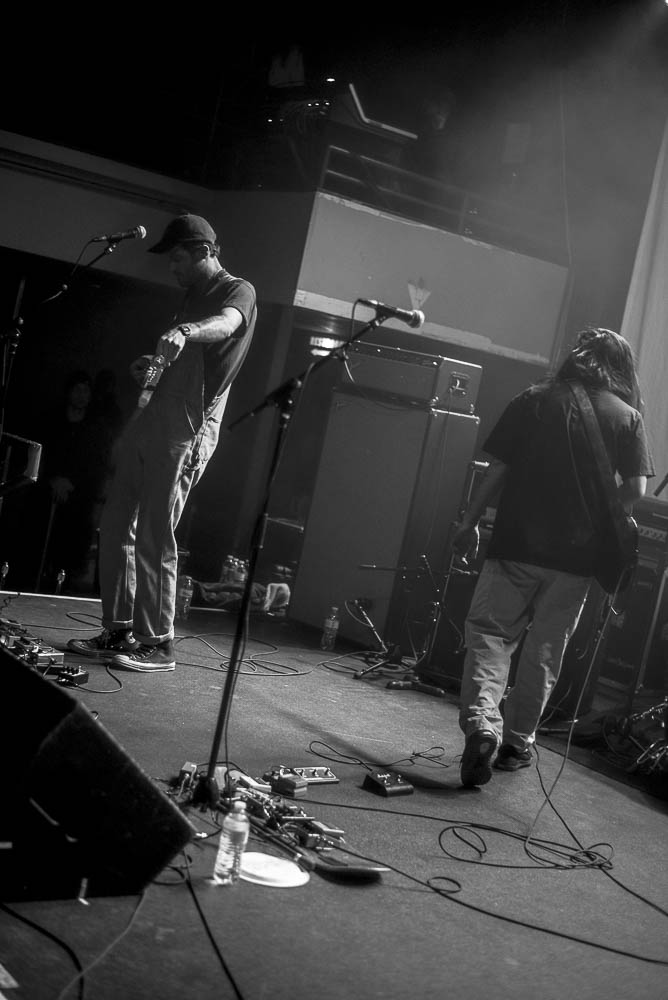 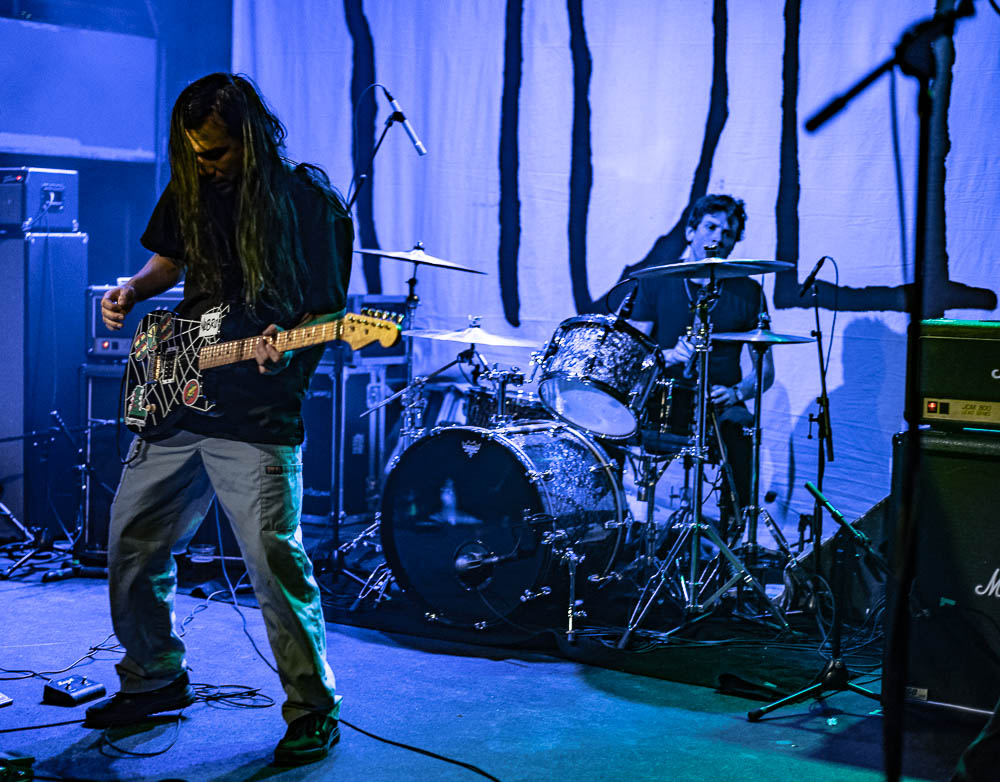 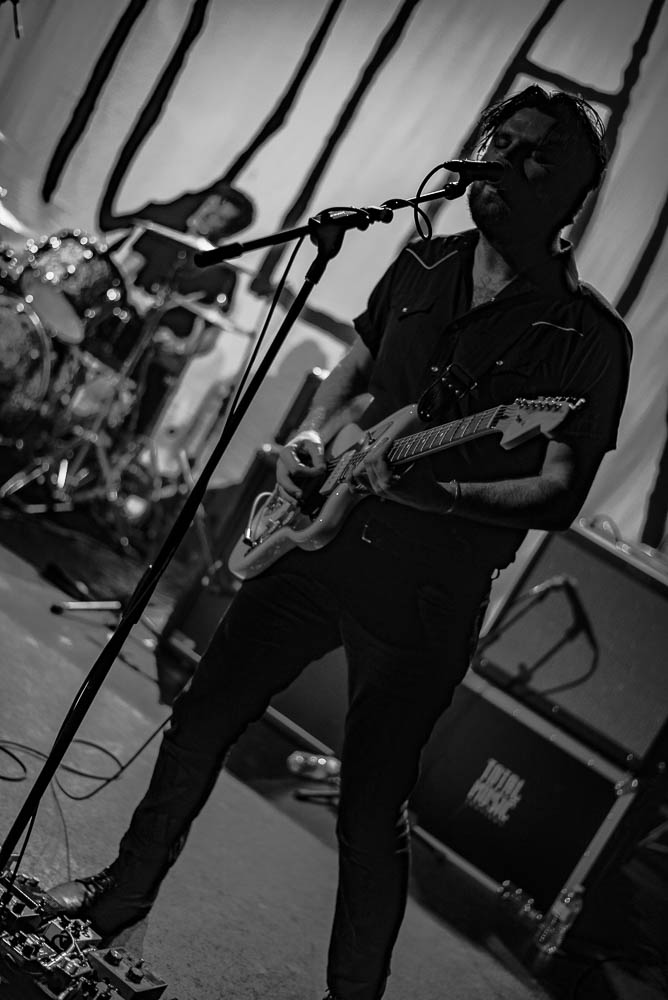 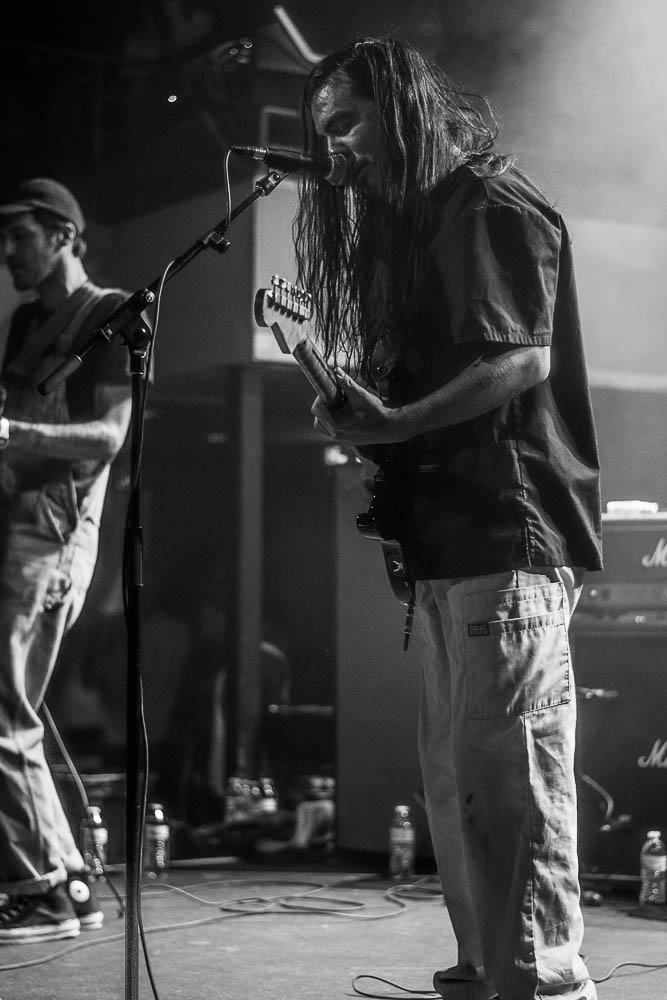 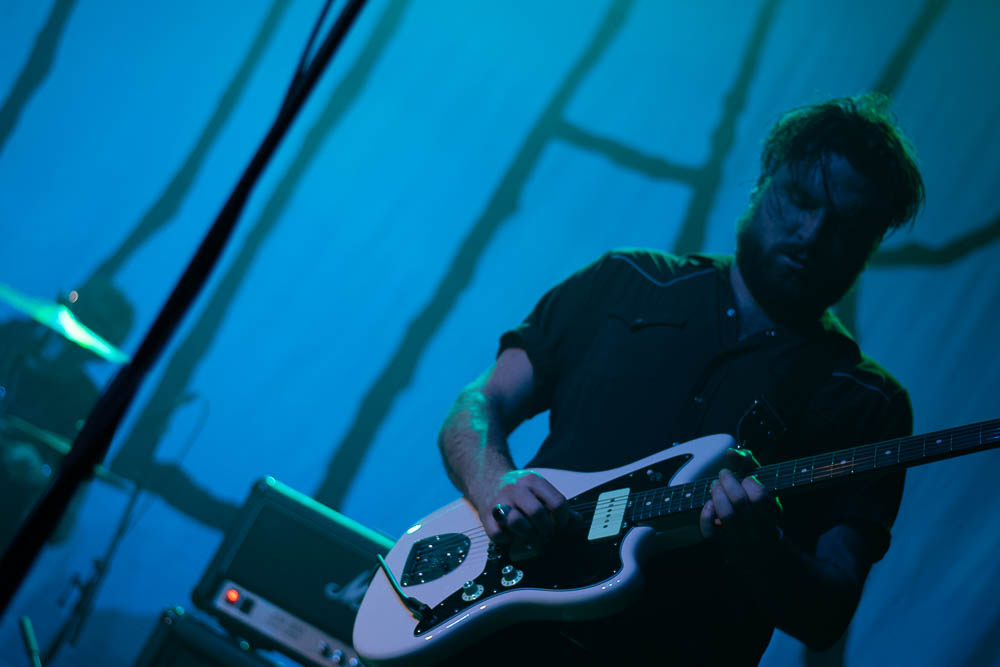 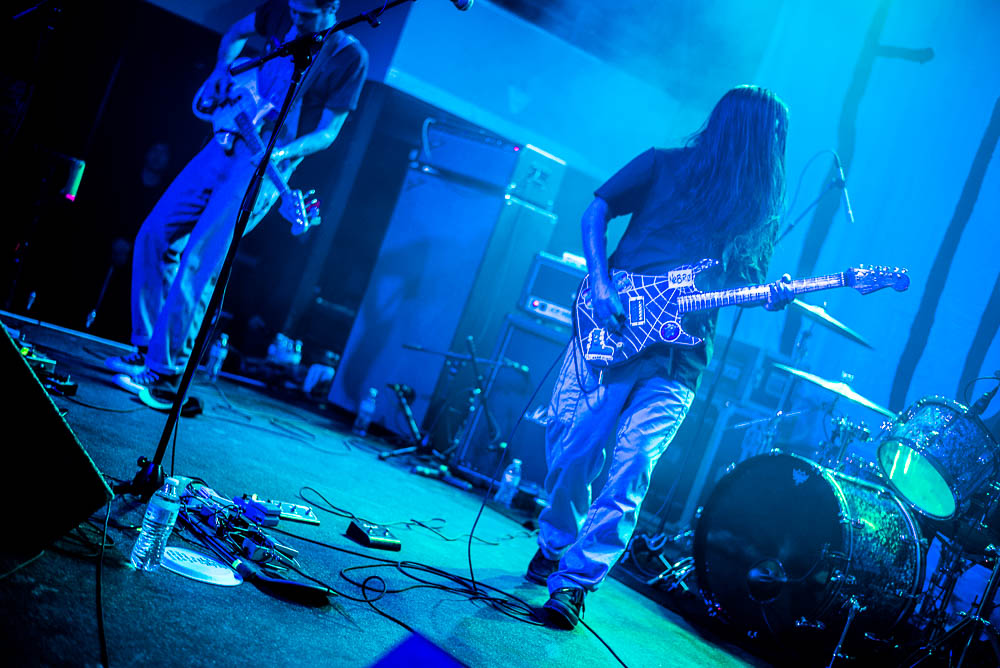 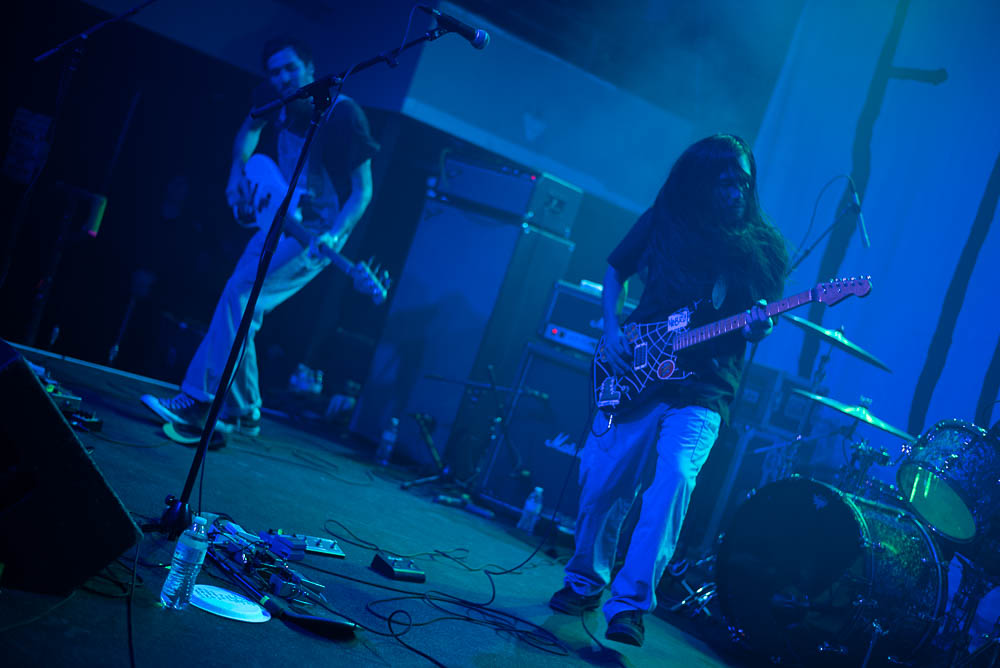 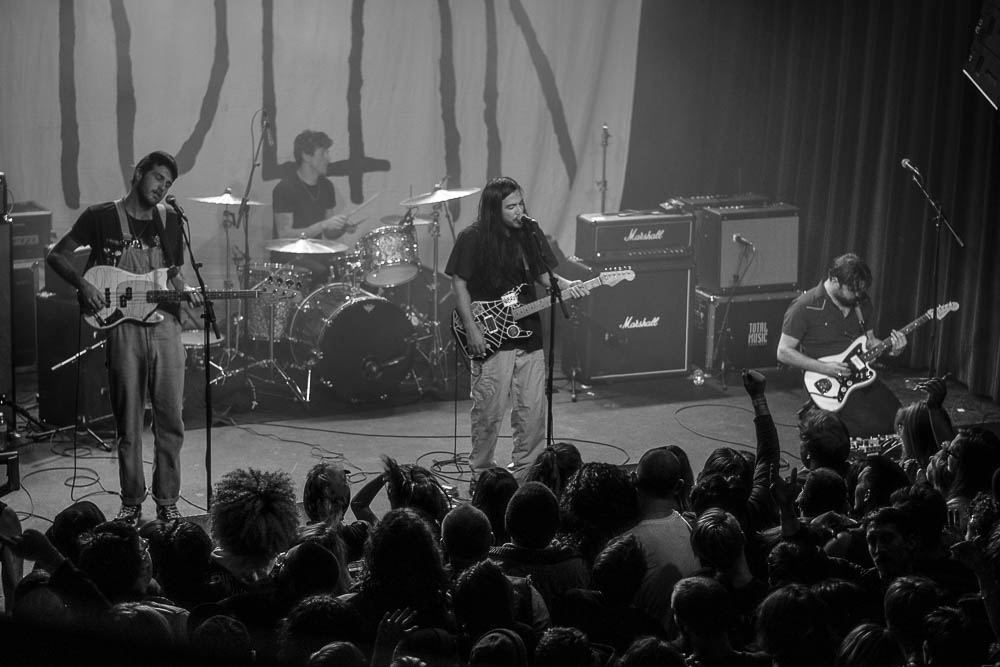 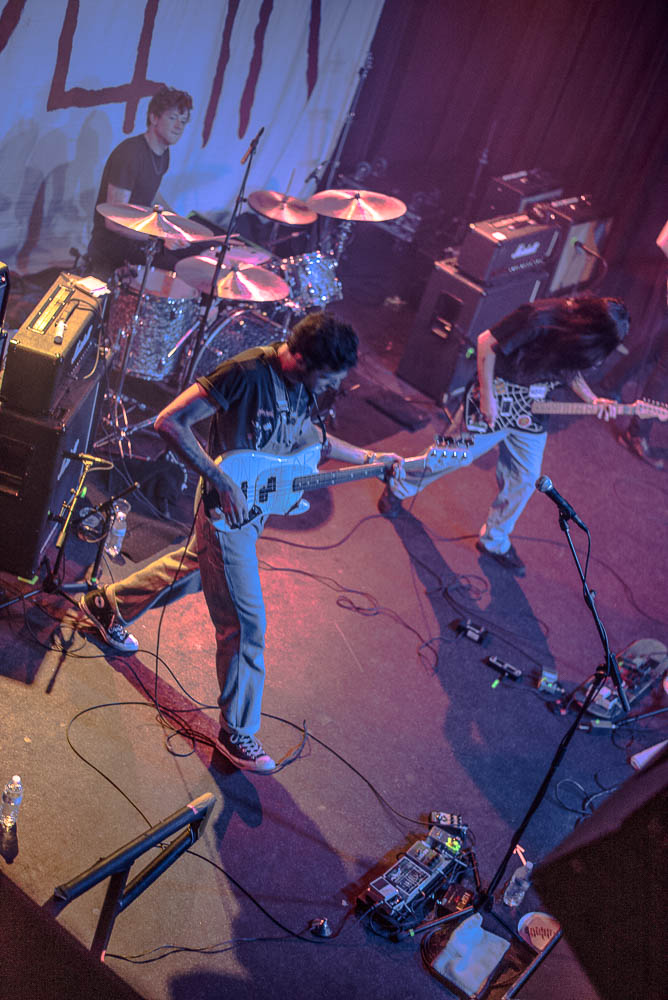