In the mid- to late 2000s, one TV station ruled them all. Fuse TV was the mecca of alternative music and news, eclipsing even MTV. Fuse captured the ears and hearts of all the young emos and punks with their dedication to Warped Tour, which came to a head in 2012 with the release of Warped Roadies, the first and only reality show about the behind-the-scenes of Warped Tour. After a little over a decade of its short-lived run, it’s time to take a look back and remember the series that made us all want to be roadies 4 lyfe.

Warped Roadies premiered on December 7, 2012, spearheaded by Warped Tour creator Kevin Lyman. The series showed what life was like out on the road for the crew. It hinged itself on delivering the mundane aspects of keeping a roadshow intact while giving us all the roadie drama we could handle.

You may remember the commercials for the show: a ragtag group of adults working as the architects of the Warped Tour, duilding and tearing down the stages, city by city, creating a metropolis of punk within a few hours every day for three months. The series structured itself like a traditional reality series with somewhat fabricated drama. Still, the series offered a sense of camaraderie for the young people who were watching, dreaming of working for Warped, dreaming of working in the music industry –– kids like me.

Warped Roadies showed the desirable aspects of the tour, working alongside the bands, making friends, and even starting romantic relationships. But it avoided the significant truths of the tour that would slowly come to light over the following decade. 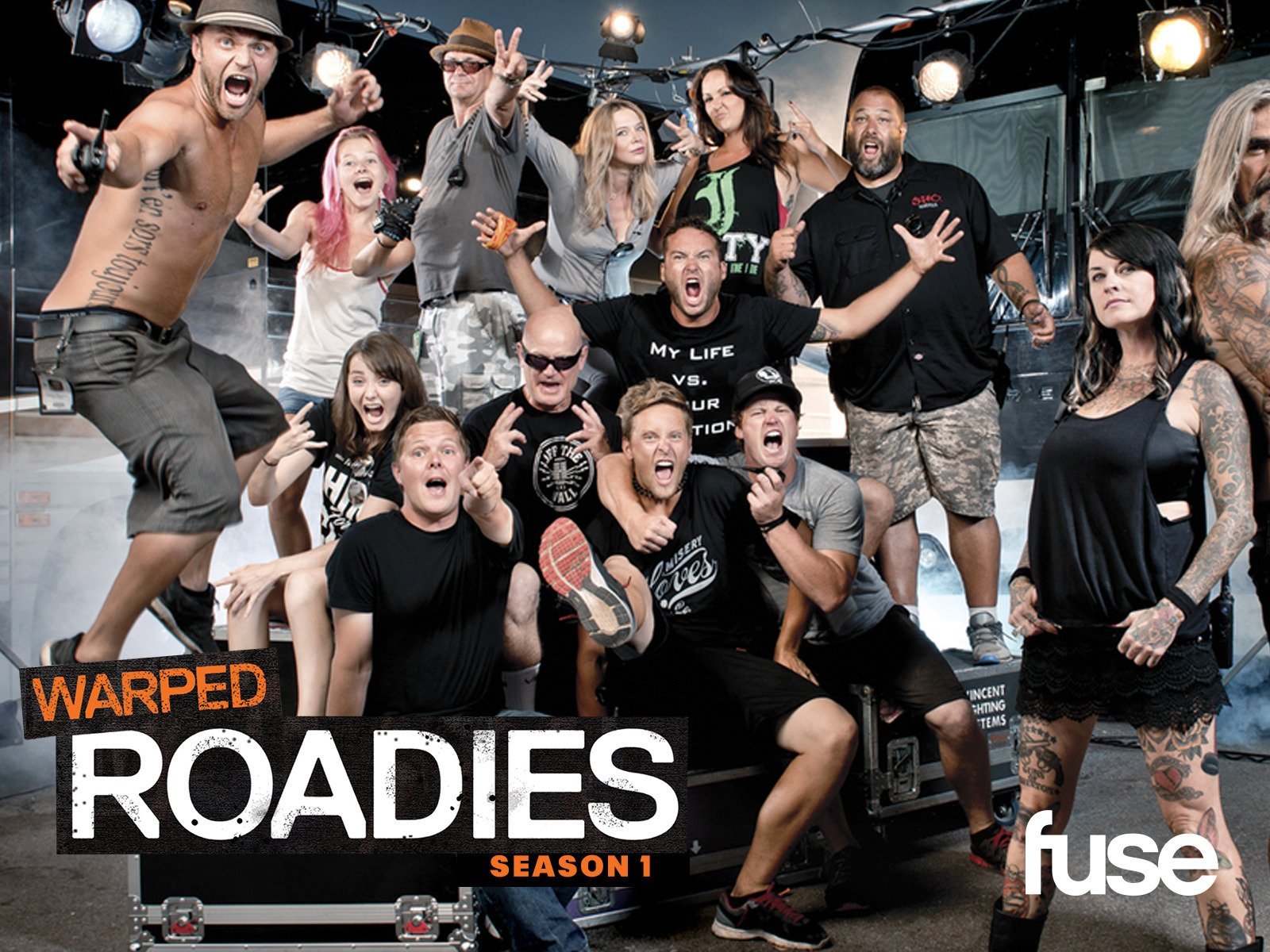 It’s no secret that some bands on Warped Tour were caught up in sexual misconduct allegations with minors. In particular, Jake McElfresh of Front Porch Step was announced to play the Tennessee date of the tour in 2015 before any official charges for sexual misconduct were placed. Lyman defended his decision to let McElfresh play by saying, “He was only supposed to be here long enough to play his show, but the weather today has been putting us behind schedule. He wasn’t added to the tour, so those claims that he was ‘added to sell tickets’ are completely groundless.” Among the issues with Warped’s conduct was its questionable sponsorships, particularly Rock for Life, a subsidiary of Students of Life, a pro-life organization. Rock for Life sponsored the tour in 2016. Though Warped Roadies ended before any of those events transpired, the series became synonymous with the shortcomings of the tour in the coming years.

However, the series maintained the “summer at the Warped Tour” fantasy that enticed a new generation of young people to try their hand at working the Warped Tour. It became like a mythical summer job, and those who were lucky enough to work the tour were rewarded with street cred in the pop-punk/alternative community.

In 2016 I covered Warped for their Detroit date, after years of lusting after the opportunities of other journalists I had seen who covered the show.  When the day was over, though, I felt pretty empty. It wasn’t magical or unforgettable. It was the opposite –– it was swelteringly hot and crowded, everything was expensive, and yes, it’s an experience, and yes, I do still treasure the fact that I did get to cover it once. I still have my creds, and I think fondly of when I was back in the bus area and saw The Story So Far’s trash can.

Warped Roadies managed to be prolific in its way. It was fairly short-lived. Still, it managed to impact a mass group of young people and seduce them into working in the music industry, which is simply one of the most significant industries to work in for all of its faults. Warped Roadies helped create an entire generation of music industry personnel, and we owe them for that. Here’s to you Warped Roadies and Warped Wednesday. I wouldn’t be anything without you.