Home  >  Op-Ed: I Was There When Nobody Gave a Shit: Reflections on Sincere Engineer

Op-Ed: I Was There When Nobody Gave a Shit: Reflections on Sincere Engineer 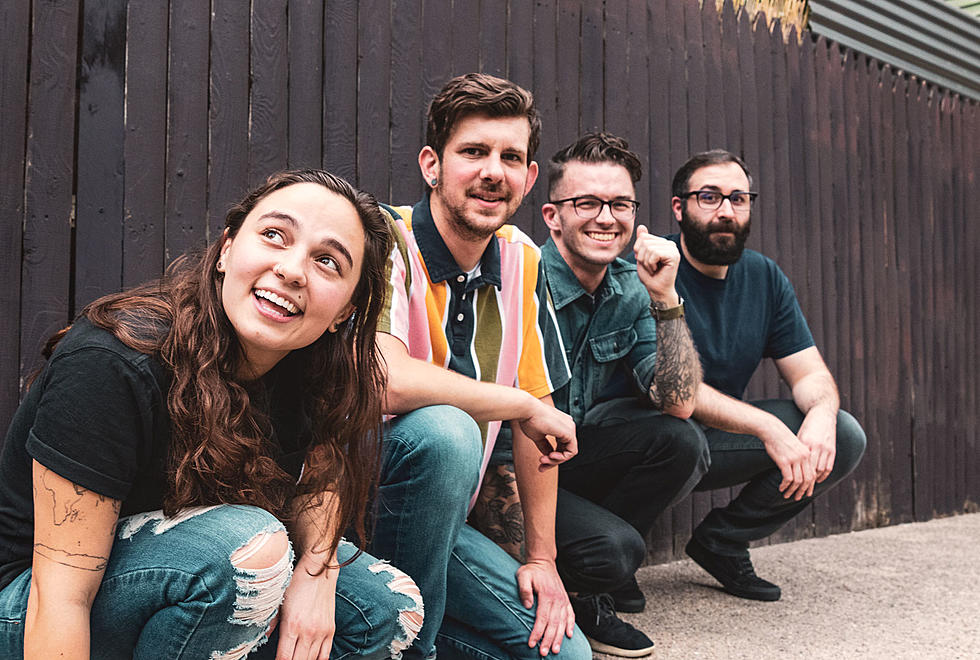 I can still remember stumbling my way into Fireside Bowl to finally see my favorite band at the time: Dowsing. It was October 11, 2015, and it was the release show for the scrappy pop-punk band Dog & Wolf. By the time Dowsing played, a lot of people left, which was more than surprising to me at the time. In my 22-year-old, wide-eyed brain, Dowsing was huge. That fact they were playing to such a small audience in Chicago was unthinkable.

Little did I know at that point that I accidentally stumbled into a scene propped up by the work of Phantom Note and Mpshows, two local booking agencies. One of the early bands playing that night went by the name of Sincere Engineer, who was years away from what the pop-punk community now sees the project as. At this time Deanna Belos, the person behind the moniker, was just known as another acoustic act. Every performance would start the same way back then; she’d announce that it was her ninth show on this particular night. Belos teemed with anxiety, but not in a way that would leave the audience feeling uncomfortable to the point of cringing. It was just a person being genuinely themselves, as evidenced by any conversation you would have with her.

This was also a night of firsts for many in the audience. For longtime friends and 2/3rds of Dog & Wolf, Kyle Geib, and Nick Arvanitis, this night would be their introduction to Sincere Engineer. Little did they know that they would become a key part of the band in a few years, joining as guitarist and bassist respectively in 2017. That partnership ultimately starts because of the phantom sixth member of the band, engineer Matt Jordan, who had known Geib since they were teenagers in the suburban Chicago punk scene.

Throughout the 2010s Jordan had been an instrumental engineer for so many bands that were part of the emo revival, ranging from Coping to You Blew It. He even played in Lifted Bells with emo titan Bob Nanna. But that October night nearly six years ago was different as he relayed in a recent Instagram post. All it took was watching Belos play once to be sold. Right after she played, Jordan went up to her and offered to help take her songs to the next level, starting a partnership that continues to this day.

It’s no surprise looking back that so many were immediately enamored with the project. There were still some obvious hits around this time that didn’t make the EP though. “Shattering” is one such example and has pretty much stayed intact once it got the full band treatment.

Except for some live footage, this era of the band has mostly faded. It lives in the hard drives of the lucky few that were around during those years. Whenever I want to revisit those misty days when I would do a Chicago handshake (Old Style & Malort) after every set I saw, I listen to their early material. I, of course, get why those first two EPs have now been scrubbed, especially as someone who has been doing some form of music journalism for most of my 20s. There are plenty of early interviews I did on my old radio show that I cringe at as I was still trying to find out my voice around this same time. It’s just weird when you can track those changes firsthand rather than while scouring through an old Blogspot page.

But if I’m being honest, the change from acoustic to full band was a necessary one and could be telegraphed by anyone outside of my insular local scene. Belos grew up on the classic pop-punk that occupied Chicago at the turn of the century. She worshiped at the altar of the Lawrence Arms and that whole family tree that sprouted with the demise of Slapstick. It would only make sense that she would make the ultimate love letter to the music that influenced her, releasing Rhombithian on Red Scare in 2017. And for those of us that have been around since the beginning, we got a little nod back to those early years with the closing acoustic track “Ghosts in The Graveyard.”

Almost immediately upon the album’s release, it was clear that Sincere Engineer had leveled up, fulfilling the promise that had always been there. No longer was this just a hometown favorite that local scenesters would champion. It was now shared among the entire pop-punk scene, with an entire crowd singing along to “Corn Dog Sonnet 7” at The Fest in 2017. Belos was able to fill a void that was missing for several years, as much of the orgcore that dominated the aughts were beginning to age out. It had been over a decade since Oh! Calcutta! came out. Even somewhat newcomers The Menzingers were already several albums in, releasing After The Party the same year as Rhombithian and is a record full of the existentialism that comes with your 20s ending. It was truly a case of perfect timing for Sincere Engineer.

The intervening years between Rhombithian and the new record Bless My Psyche have been a time of exponential growth. The change from a solo act to a full band is a big one that Belos dived into, starting with a release show at Township in late 2017. In many ways that night felt very familiar to when I first saw Sincere Engineer. There was a bit of uncertainty looming, with everyone wondering what a full band performance would look like. But the minute the band took the stage those doubts quickly wavered. This was still the band that everyone fell in love with in the past few years. It was a night of triumph and celebration for everyone there, as one of our own had passed through the impenetrable wall that keeps many stuck in a local scene.

Now four years later and that nervy energy that characterized Sincere Engineer has moved closer towards being self-assured. They’ve toured the country and opened for both their idols and contemporaries. No longer does the weight of being a musician fully rest on Belos. It’s now a fully collaborative venture, marking another change for the group.

Of course, anxiety still lingers leading up to the release of Bless My Psyche. The stakes rose with a second record. You have quantifiable proof through streaming numbers that this is a band that a lot of people care about. Now there are expectations as to what a Sincere Engineer record should sound like from listeners new and old. But if there’s one throughline throughout Belos’ career, it is quickly quelling any doubts fans or onlookers may have. You can trace it back to those early days in 2015 when the audience would treat her art as wallpaper. As the set went on, those typical bar conversations slowly dissipated and people began to pay full attention. So, I’d like to imagine that whatever worries one may have about a supposed sophomore slump, will fade when we all collectively press play on Bless My Psyche on September 10th.