On Shuffle: “Fields & Fences” by Yellowcard 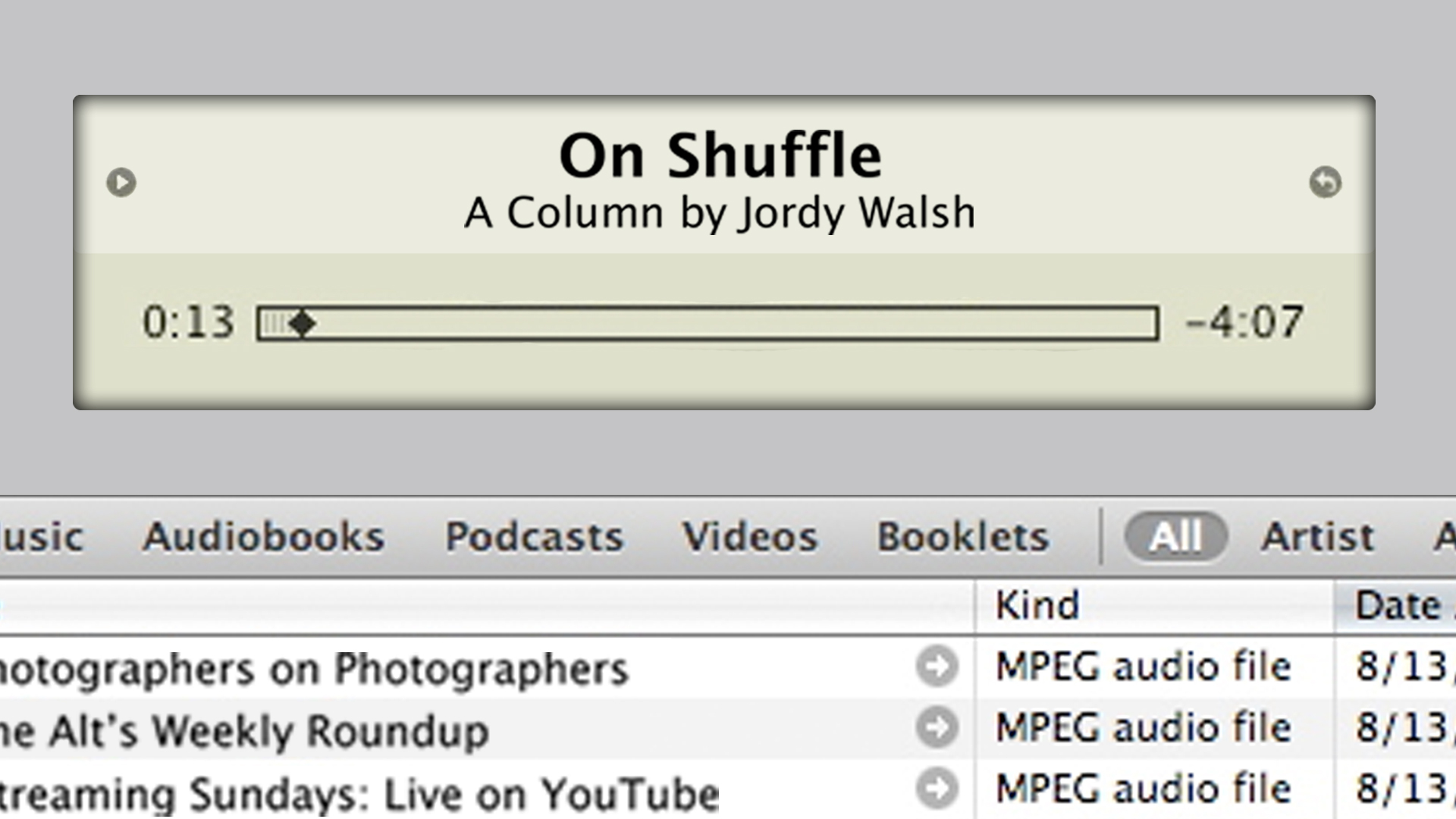 This week on shuffle: “Fields & Fences” by Yellowcard

I feel like one day I turned around and everybody kind of hated Yellowcard? I mean I get that they were never particularly cool, even when they were kind of huge and fleeing from some undefined danger in beachside cities or whatever, but it did seem like they missed out on some of the nostalgia re-assessment that some of their pop-emo peers got around their second runs. The sentiment around them seemed kind of derogatory even before their lame lawsuit against the late Juice WRLD for copyright infringement made things even worse.

Sometimes I think about Yellowcard and wonder why their stuff has seemingly not held up so well in the public eye in the same way that people still give credit to something like Take Off Your Pants and Jacket and I do come up with a couple possible reasons. Could it be that the “pop-punk with violin” thing really did shake out to appear gimmicky in hindsight? Seems a little too simple. Is it that those early albums, the ones on which they would theoretically build their “nostalgia classic” brand, just don’t hold up that well? I think this is closer to the truth. Ocean Avenue and Lights and Sounds do, for the record, have some killer tracks and some bonafide pop classics—”Way Away,” “Ocean Avenue,” “Lights and Sounds,” and “Holly Wood Died” all being songs I think about often—but as albums they’re actually pretty unnecessarily baggy and muddled, each of them with a pretty healthy set of duds or overly-sentimental misfires.

I don’t know why I get this impression that people don’t really fuck with this band as much anymore but I do know that—as somebody who adored their initial bookend Paper Walls and was fully on board with their second run (particularly Southern Air)—at some point they just kind of lost me. The band’s final record, 2016’s Yellowcard, kind of encapsulates this whimpering affinity. I really wanted to like this record, and as a matter of fact I still quite like opener and single “Rest In Peace,” which thrives on those soaring hooks that initially drew their wide audience in the early 2000s. But the record itself I remember as a kind of slog, dense set of ten songs that drives away from the band’s strengths, turning toward over-serious rock or bloated saccharine anthem. Today shuffle served up the band’s final song, “Fields & Fences,” which encapsulates both of these unsatisfying developments in the band’s last few years. 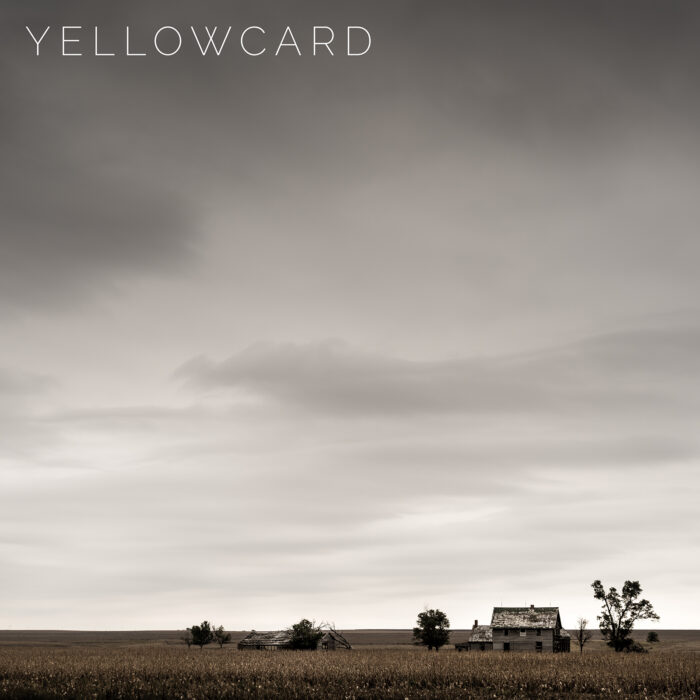 I feel like I’m being very negative here and I don’t really mean to be. This is a band that, even while I knew some of those early records were flawed, meant a lot to me growing up. My friends associated me with the song “Ocean Avenue” because I would play it so much around them (which was not because it was my favorite Yellowcard song, it was actually because it was one song that all of us could agree on in high school and I liked that). Paper Walls was one of the first albums I bought on iTunes, a milestone that I guess is coming up a lot in this column. I listened to “Southern Air” as I pulled out of my driveway the day I left for college and “Back Home” on my way back, the sappy little dork I was. I can’t count the number of times I caught their set at *gulp* Warped Tour. These are songs and memories that mean a lot to me.

But that doesn’t change the fact that their swan song is a bit of a wet napkin and the record as a whole isn’t much better. Looking back at my *gulp* message board posts from around the time of release, it seems like I appreciated Yellowcard and “Fields & Fences” at the time. But those posts petered out less than a week after the release date. A hefty 2LP record sits on my shelf with only one play under its belt. It just didn’t have any lasting power.

“Fields & Fences” is clearly laid out to be a big final-number-before-the-curtain-falls moment, sappy and big and long as it is. The first half is a wistful, swaying thing, vocalist Ryan Key using a slight southern-ish twang that seems like an odd choice. That part goes on for a long time and then there’s a pretty distinct second half that’s more forceful and slightly more interesting, but it repeats the same few lines for two minutes with no real variation on which to remark. Then a somber violin solo plays us out. It’s all kind of macabre and just…drab for something that seems like it should be celebratory or gesturing fondly toward the band’s past. Eh.

Key told Entertainment Weekly that “Fields & Fences” was the best moment on the record, and explained that the track was built around an octave mandolin riff from violinist Sean Mackin— “He had this really cool piece of music and we turned it into a seven-minute long finale, an epic ending to the last record. It’s just exactly what I wanted it to be, the last thing you hear.” Meanwhile, he told Alt Press about writing Yellowcard after the band decided that it would be their final record— “Some of it is very loving and reflective, some of it is angry, some of it is ‘I don’t want to stop, but I know I have to.’ Having it be the final record really lent itself to writing that way.”

I think that last quote gets at the heart of what makes the song not really work—it’s just dripping with that finality in a way that feels…depressing more than anything. And maybe this is why I was moved by the record initially but immediately left it behind. In the context of the end of this band that did mean a lot to me, I mean…hey! It’s sad. But beyond that, not much about it feels lasting (besides “Rest In Peace,” which I just put on after “Fields & Fences” and damn the contrast is stark).

If a band you love has to leave, you want them to leave on a good note. Thursday’s No Devolución is a gold standard for this in my head. mewithoutYou’s untitled records did a good job here too. But at the end of the day, the end is just a moment. If that one doesn’t quite work, there are plenty of other ones to focus on—maybe it’s worth giving those a little more space and taking the duds off the shelf, at long last.

Turn shuffle off for a minute please, god