Home  >  LVL Up Are Closing The Door

LVL Up Are Closing The Door 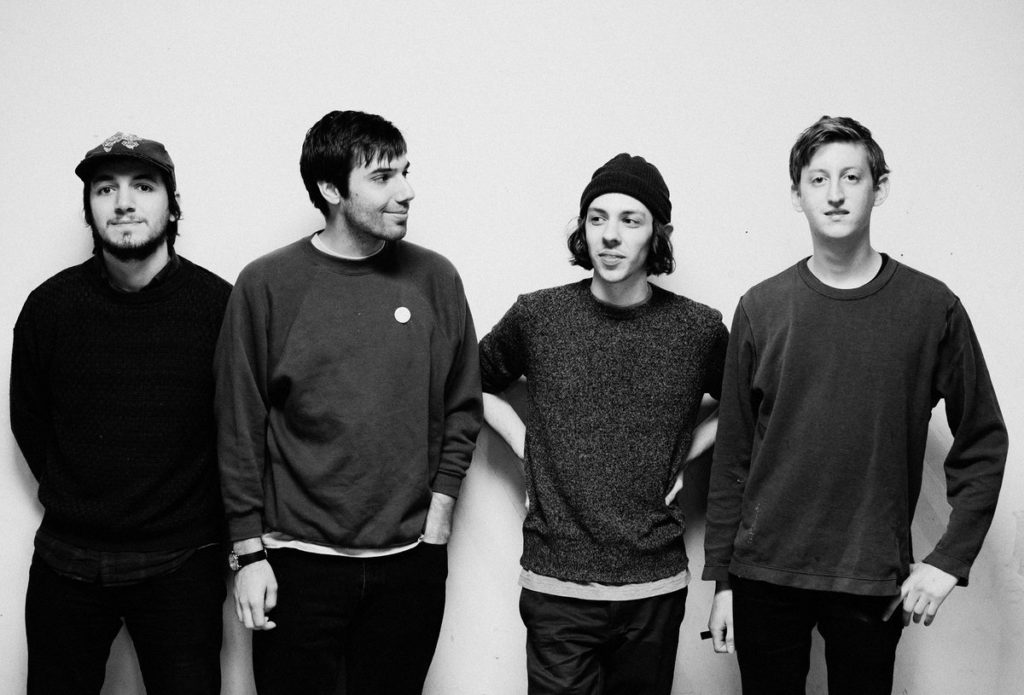 It’s strange to eulogize something that doesn’t feel dead.

Although LVL Up announced their breakup last week, the bitterness of such a talented group calling it quits in their prime was tinged with a hint of sweet relief. The NY quartet got to end it on their own terms. They never released a bad or even mediocre album. Never let themselves get sucked into the endless touring cycle. And even if they did decide to keep it up, their fingerprints are on so much of the decade’s best indie rock that their legacies as individual artists and creative curators are destined to long outlive the band itself. LVL Up was the homebase for an entire network of forward-thinking rock music, a commonplace for musical growth, and a band that’s bound for “supergroup” status in future retrospectives.

Throughout their seven-year existence, LVL Up did splits with Porches, Krill, Ovlov and Radiator Hospital. Reading back that list feels like dusting off an old photo from a Class of 2013 after school club for misfit indie rock bands. One is dead, two are wading in the same left-of-left-of-center waters they learned to swim in, and the one that did make it out did so by hanging a hard right toward anti-rock synthpop.

LVL Up adopted all those act’s best qualities and emerged from the bunch as the unassumingly brilliant shy kid. They had the discographical consistency of Krill, the humble charm and move-at our-own-pace attitude of Ovlov and Radiator Hospital, and the courageousness of Porches to constantly reinvent themselves up until the very end. “Orchard,” the dream-poppy single they attached to their breakup note that’s being billed as their last, sounds more like Ride and Slowdive than Guided By Voices or Neutral Milk Hotel—the choice comparisons for 2014’s Hoodwink’d and 2016’s Return to Love, respectively. And even if “Orchard” never saw release, Return to Love’s finale is a seven-minute doom metal hymn that swaps the borrowed genre’s wintry rawness for the warmth of late-summer dusk. It’s dazzlingly weird, psychedelic, and unlike anything their former labelmates/tourmates/scene buddies have ever approached.

And that was (discounting “Orchard” for the sake of argument) the goodbye kiss to their brief stint on Sub Pop Records, the label that signed fucking Nirvana (as well as Fleet Foxes, Soundgarden, Father John Misty, Beach House, and three dozen other household indie acts spanning the last 30 years). Not that the platform would’ve made LVL Up radio stars (that space hardly exists for rock bands in 2018, anyways) or even landed them the spots on festival posters that you don’t have to squint at to read. The band’s sound was never cut out for those sorts of stages. But they did have the opportunity to make a full-time career out of this if they wanted to. Instead, they made the most scattered, most experimental, and, aside from opener “Hidden Driver,” least pop-centric album of their tenure. It was also, arguably, their best.

But despite its pristine triple harmonies, wondrously unraveling climaxes, and sonic textures so thick you could almost feel them physically, Return to Love’s hooks were far too inconspicuous to resonate with casual indie listeners. Their closest contemporary to reach the tier they (or perhaps the label) were vying for with the Sub Pop signing is Car Seat Headrest. Another 90s-informed, muttery, lo-fi rock outfit, yes. But one with a tendency toward rollicking anthems and boisterous lyrical ramblings that LVL Up never seemed to care for. Tracks like the epically gratifying “Pain” and the unavoidably head-bobby “Spirit Was” might’ve translated fine during, like, an afternoon slot at Coachella. But the ceiling for bands that feature Silver Jews references in their most popular songs (barely half-a-million Spotify streams, for context) pretty much ends there.

An important part of their story, though, is that Return to Love nearly didn’t happen. It was well-documented during the record’s release cycle that they had strongly considered breaking up before making the album, but that the Sub Pop offer felt too good to pass up. However, an unusually sparse tour schedule in the year-and-a-half since its release perpetuated the underlying notion that they weren’t where they wanted to be.

In the time since the album dropped, each member logged considerable hours in their pursuits outside LVL Up. Guitarist Mike Caridi continued to push Double Double Whammy, the record label he and other guitarist Dave Benton started together in 2011 to self-release the first few LVL Up projects. They also happen to be the label that launched fucking Mitski, Frankie Cosmos, Porches, Florist and Told Slant, to name a few. Benton left in Fall 2016 (Return to Love dropped that September, for reference) to focus on his solo project Trace Mountains, but it’s remained a tastemaking hub under Caridi’s reigns. Hovvdy, Great Grandpa, Lomelda and Cende comprised their 2017 freshman roster, a handful of the scene’s buzziest up-and-comers.

Cende, which featured LVL Up drummer Greg Rutkin and members of Porches, broke up six months after DDW released their brief yet promising debut full-length last spring. But during their short life, they got to open for (SANDY) Alex G and Japanese Breakfast on last year’s summer tour. Attendance at one of those dates practically determined your indie standing in 2017, which was a huge opportunity for Cende. But in hindsight, it was also a glaring move by LVL Up to neglect a near-essential touring season.

Bassist Nick Corbo drummed in the blissfully overstimulating trio Crying up until Dec. 2016, two months after they released their debut album Beyond the Fleeting Gales on Run For Cover Records. Whether he’ll return to that band is unknown, but their bizarre brew of chiptune, hair metal and 80s synth-pop culminated into one of the wackiest rock records of the decade. He can at least say that he was there for it, and his talents will surely end up elsewhere post-LVL Up.

The takeaway is that each member was doing something else significant leading up to, and during, Return to Love’s two-year cycle (to put it into industry terms). But even the record’s lyrical themes feel clairvoyant of their future demise. There are multiple references to a “spirit,” a “creator” that has some level of impact on our fates, but which the narrators struggle to put their faiths into. The record hacks through this dense, internal conflict to accept the natural life cycle, which could now be interpreted as analogous to the livelihood of their own band. Water is one of the main motifs, specifically how all life rises up from it and eventually returns to it. And perhaps in order to return to the love that they feel they’ve lost to jadedness and complacency, they have to let themselves come back down from the altitude they’ve risen to.

Or maybe I’m reading way too far into it. Maybe LVL Up are just four dudes who made incredible music together, and are now just four dudes who want to do different things. That’s usually the reality of these sorts of situations. Most bands don’t make a Blackstar. Most endings are disappointingly ordinary.

But LVL Up were exceptionally talented at making music that’s so purposeful, so detailed, and so emotionally evocative that it imbues intention into every moment it soundtracks. Car rides through Upstate, NY valleys become mighty and surreal when Return to Love is playing. On dim-lit porches rife with friendly chatter, the sooty bass tones and wispy melodies of Hoodwink’d fill the cracks in conversation. And the perky, coffee-at-midnight quality of Space Brothers makes graveyard shift bus rides not only bearable, but oddly comforting.