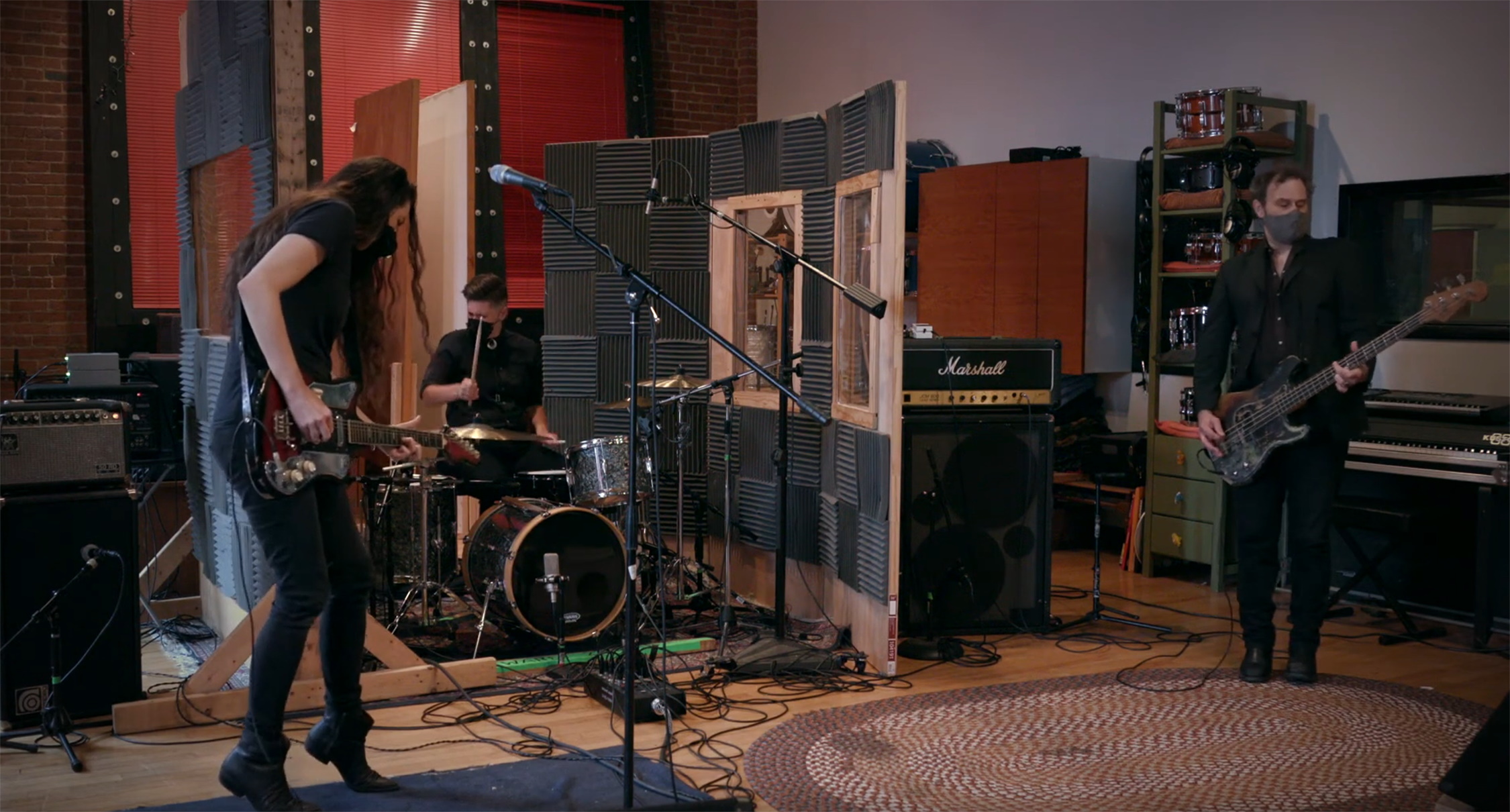 With COVID messing up the entirety of the music industry throughout 2020, artists have been finding new ways to share their work and performances with their fans. This is especially true for artists who are recording new music, and thats the situation for Baltimore post-punk band Quattracenta.

They have released an exclusive, behind the scenes look at their forthcoming sophomore release, II, in the form of a live session concert filmed by Amy Oden at Magpie Cage Studios where the album was also recorded. The audio for the performance was mixed live by J Robbins (of Jawbox, Government Issue), who also produced the album, so in many ways this performance is both an extension of the new record and a record release show for the LP which is out this Friday via Bob Nastanovich (of Pavement, The Silver Jews) non-profit label Brokers Tip, and distributed by DC Punk institution Dischord Records.

Take a listen below and rock out while you read a little more about what the band thought of the session.

This session is also being released to bring attention to the fact that so many creative arts spaces are in peril as a result of the lack of business due to COVID. Quattracenta stated:

“When we realized that we weren’t going to be able to have a record release show, we started to think about other options. Right around the same time, we saw that Magpie Cage, like so many other studios, venues, etc was being affected by COVID and the shutdowns. We’ve now recorded both our records with J Robbins at that studio. There is a certain life within those walls and J is incredible to work with, so it just made sense for us to do something to help support this place and person that are so near and dear to our hearts. We then enlisted the help of our friend, filmmaker Amy Oden, and she and J worked to make it look and sound better than we could have ever imagined doing on our own. After all this time without being able to perform, playing a mini show for even just two people felt incredibly invigorating and knowing that even more people can now have a glimpse into what makes this place so special is really important to us.”

You can pre-order II now on vinyl on the band’s Bandcamp.

The band encourages their fans to support Magpie Cage Studios’ GoFundMe page to offset the costs and lost revenue during COVID.