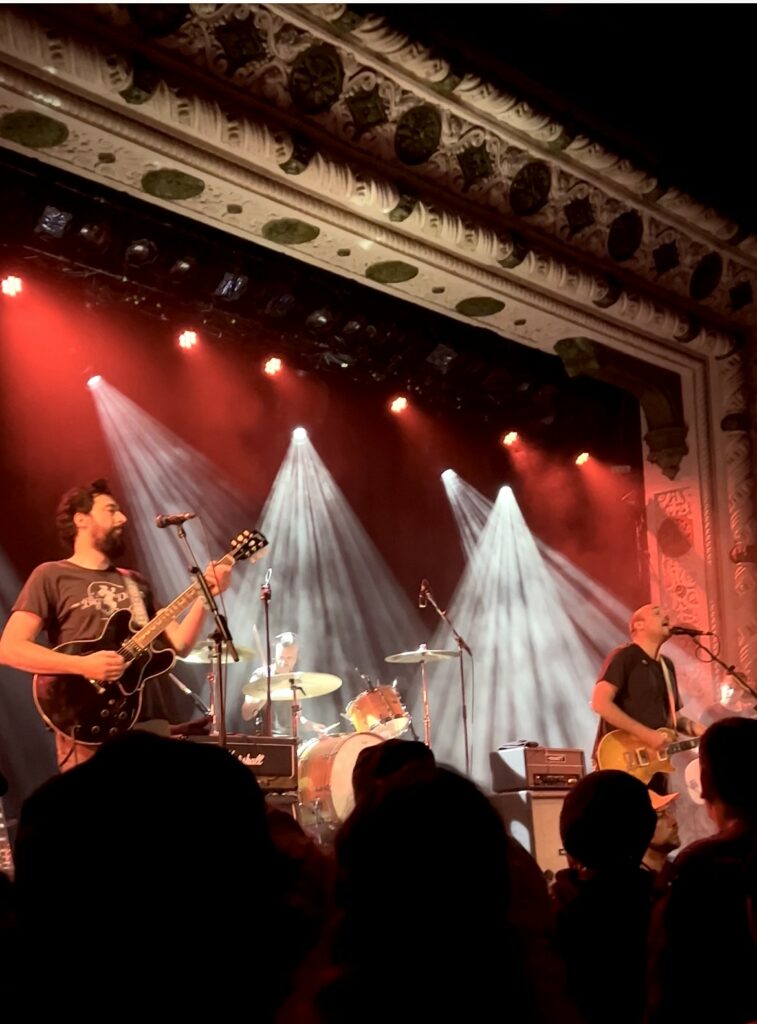 Circa 2002, when my older, cooler friends were introducing me to Taking Back Sunday, Thursday, and Saves the Day, I didn’t know much about the history of emo or that I was currently experiencing its third wave. I didn’t know who Ian MacKaye or Guy Picciotto were; I was just downloading anything I could find on Limewire.

As I entered high school, I began looking into the forebears who had inspired the bands I was going to see at Warped Tour, and a totally different sound opened itself up to me, one I responded to even more strongly. When I first stumbled upon “Seven” by Sunny Day Real Estate (who can know what it was actually labeled when I downloaded it), I recognized the grunge influences of their Seattle roots, but I was struck by how…pretty it was—the loud-soft dynamics, Jeremy Enigk’s falsetto. I could see how much the contemporary music I was listening to at the time, like Further Seems Forever and The Appleseed Cast, owed Sunny Day Real Estate and the other early second-wave acts.

I never did get to see Sunny Day Real Estate live, and after 2010, I thought maybe I never would. A very wise friend who is about 10 years older than I has enlightened me to the fact that, as you get older, you learn band reunions are not only commonplace but almost inevitable (exception: The Smiths), even when they swear up and down it’s their “final show.” Indeed, I’ve been to many of those reunions recently, from Guns N’ Roses to Quicksand to Armor for Sleep to My Chemical Romance.

But that doesn’t mean I was any more prepared for the announcement in January that three of Sunny Day Real Estate’s original members—Enigk, guitarist Dan Hoerner, and drummer William Goldsmith—would be re-forming to tour in 2022. The thought that I would finally see songs from Diary performed live 28 years after it was released was overwhelming. And that I would do so at my favorite Chicago club, the 1,100-capacity Metro, as a Riot Fest after show was beyond comprehension.

Even more of a treat—opening for SDRE was The Appleseed Cast, another beloved band I’d yet to see live, completing what will surely go down as one of emo’s most perfect touring lineups.

As I stood in line at the door Friday night, I tweeted a photo of the marquee and joked that it was just me and every 45-year-old dude in Chicago. Okay, that’s reductive—but, once I got inside…I wasn’t necessarily wrong.

Now…some people are setlist people, and some people aren’t. You know what I mean. Some people want to walk into a show blithely unaware of what is about to happen to them, and the opening riff of each new song is a delightful little treat. Other people (*raises hand*) have studied each of the most recent set lists from the tour to see what set the band is playing, how much they deviate from it nightly and—this is the crucial part—whether we should allow ourselves to hope they’ll play our favorite song.

This can backfire in a big way; when I saw The Strokes, also at Metro, in June, they had been playing “Under Cover of Darkness” live for the first time since 2016, domestically and internationally, and I allowed myself to feel pretty damn certain they were going to play it for us in Chicago. They didn’t, and though that show ranks among my top five all time, I experienced a small pang of dejection when the house lights came up.

On the other hand, when you temper your expectations by looking at the set list ahead of time, and then the band does indeed play your favorite song out of nowhere, it’s one of life’s greatest pleasures. It happened for me twice this weekend; first, when The Appleseed Cast played “Fight Song” (“for Bobby,” they said—whoever you are, Bobby, thank you) though they aren’t playing it regularly on tour, and when Jimmy Eat World played “For Me This Is Heaven,” “A Sunday,” and damn near all of Clarity at their Metro after show on Saturday (which, like SDRE’s, also actually preceded their Riot Fest set).

The Appleseed Cast sounded so crisp and lush. As emo (and its constituent members) matures, it can instill a certain level of cognitive dissonance for men in their early fifties to be singing about standing on a staircase tearfully breaking up with an unfaithful partner. But the lyrics Christopher Crisci wrote in his twenties notwithstanding, watching The Appleseed Cast perform in 2022 for people who did come of age during emo’s height is like a soothing drink of water from so many post-hardcore shows with driving guitars and incessant drums. For the kids who are just now discovering The Appleseed Cast and bands of their ilk, it must have been a revelation. I can’t imagine a better place to see them than Metro; it was intimate but gave them the space they needed to stretch their sound to its full potential. And considering that I had spent the day at Riot Fest— watching My Chemical Romance from off to the side, thankfully, as multiple people had to be carried out of the crowd—a quiet show with soft head bobs and the occasional “woo!” was just what the doctor ordered.

The energy picked up a bit (a lot) when Sunny Day Real Estate took the stage at midnight. They seem to be experimenting with openers on this tour, including “Friday” and “Seven,” but I was really hoping they’d start off with “One” at our show, and they did. That loud, fuzzy riff produced an instant flutter in my chest. I was instantly struck by guitarist Dan Hoerner’s enormous grin…and through a 17-song set that spanned their four LPs from 1994 to 2000, it rarely left his face.

The band played six songs from How It Feels to be Something On, and during the title track, they held the audience in the palm of their hands. The beauty of this hallmark of emo—the soft building up to the crescendo of the loud—is the wild ride the audience takes through the course of one song. During the song’s sleepy verse, the crowd was contemplative. (Hilariously, in a video I took of the performance, they’re also all unknowingly swaying at the same rate.) When the song breaks open with a burst of Hoerner’s guitar and that familiar lick, the energy in the room followed in kind. This song also puts Enigk’s falsetto to the test, and he rarely missed a note.

Three Diary songs made their way into the setlist: “Seven,” “48,” and “Pheurton Skeurto,” which was not on the printed setlist and inspired a throaty cheer from the crowd. Sadly for me, the song I will argue is their best ever, better even than “Seven” or “In Circles”—that, of course, would be “Song About an Angel”—wasn’t included in the set, but they hadn’t played it in the three performances before their Chicago stop, so my hopes weren’t crushed. (Then I saw this week that they played it at their Saint Andrew’s Hall show in Detroit, and I died a little inside.)

But something I’ve never seen before at a show happened during the encore. In their first three shows of this reunion tour, they’ve played the same three songs: “In Circles,” “The Rising Tide,” and “Days Were Golden.” The latter two at the surprise tour kick-off show at Big Dipper in the band’s native Washington state were the first live performances since 2000 and 1999, respectively. I have to imagine fans had seen these setlists ahead of time, because after playing “The Rising Tide” and “Days Were Golden,” the band sincerely thanked the crowd and walked offstage, and the house lights came up. No “In Circles.” Multiple people in the crowd screamed, “No!” and hardly anyone made for the exits for a good couple minutes. Sometimes that’s the way the setlist cookie crumbles, and they did play “In Circles” at Riot Fest the next day.

Bands re-form after dramatic goodbyes for all kinds of reasons, and most of them involve money in some way or another. But for Sunny Day Real Estate to do it now, when the timing was clearly right, and when all involved (including founding members Enigk, Hoerner and Goldsmith) felt like they had something to say again, resulted in something extremely special.