It Holds Up: Wavves — ‘King Of The Beach’ 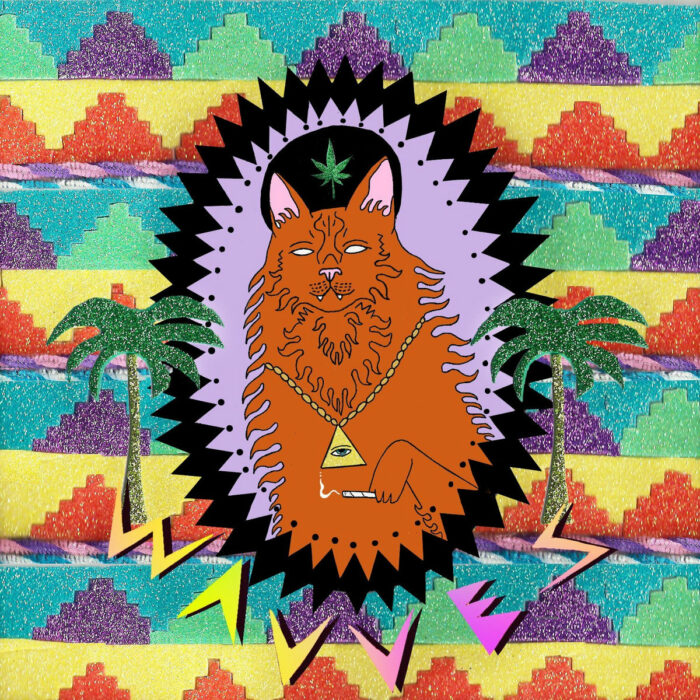 People I went to high school with can say a lot of things about me, but they can’t say that I didn’t, on numerous occasions, attempt to shotgun Muscle Milk. As a steadfastly anti-athletic young person, I had no business trying to rapidly ingest protein shakes—much to my parents’ chagrin, I refused to play sports. I occasionally tried to go on recreational runs, but found doing so difficult in skinny jeans, and even the marching band proved to be too physically demanding an extracurricular for me. As a sheltered only child, unable to get away with adolescent partying, I found myself downing Muscle Milk as an act of rebellion, a way to gently cosplay gettin’ rowdy with a Pabst Blue Ribbon tallboy. And so there I stood time and time again in my father’s basement, the front of my Urban Outfitters’ sale section flannel drenched in creamy, frothing, vanilla scented liquid, Wavves’ 2010 breakout album King Of The Beach blaring from my laptop in the background.

Now 22 years old, I came of age in the golden era of Pitchfork Best New Music. While not very much cool stuff was happening in my immediate life at that time, I was lucky enough to stumble upon the blogosphere through a wikiHow guide wretchedly titled How to Be a Hipster (with Pictures). While this was retrospectively an extremely lame page to literally have bookmarked, I am thankful that it put me onto some of the best albums of the 2010s when I was still too young to hit puberty. It was through this unfortunate rabbit hole that I stumbled upon King Of The Beach. The joint toking cat on the cover made me anxious, but there was something so wonderfully mutinous about Nathan Williams’ egg punk persona. I immediately tried to emulate his style, even saving up to buy a Sonic Blue Fender Mustang because I saw Williams playing one while Googling pictures of indie rock bands, when I should have been paying attention in social studies class instead. To this day, a copy of the 2012 Best Coast and Wavves Spin cover lives in a box of childhood mementos buried somewhere deep in my mom’s garage.

The summer going into 9th grade, I spent an ungodly amount of time with King Of The Beach, quite possibly more time than I’ve spent with any record that isn’t by Animal Collective or The Beach Boys. The four months before high school were a liminal period in my youth, marked by manic highs and extreme lows. As a child of divorce, it was the first time I’d really had to adjust to both the awesome and uncomfortable elements of remarriage. Most of my middle school friends went into freshman year devoting themselves to a sports team, while I spent those dog days cutting an honestly-kind-of-cool album with my kraut rock-revival band All Things Null And Void. Moreover, I went on a weirdly high number of family beach vacations that summer, which proved to be both extremely fun and fairly lonely. As a 14 year old, there’s a limited number of things you can do independently, so I passed my free time during those travels wandering aimlessly. I walked on the sweltering pavement of a Rehoboth Beach, Delaware gated community, blasting “Linus Spacehead” as loud as I possibly could. I stared from afar at the empty seafood shacks in Chincoteague, Maryland, all the while listening to “Post-Acid,” longing for the day when I could afford to buy myself some fried oysters and a Narragansett Lager. I dried off on beautiful Captiva, Florida’s sandy shores after capsizing a rented jet ski with my stepmom, “King Of The Beach” turned all the way up on my iPhone’s tinny, blown out speaker.

Revisiting King Of The Beach as an adult who has now, at long last, experimented with beer is a bittersweet experience. A lot of the singles that made me so happy as a young person don’t have the same anarcho-fun thwack that made them fucking exhilarating as someone too young to drive. In particular, “King Of The Beach” is actually hard to listen to, with a cranked-up-to-eleven snare drum that is physically painful as someone whose ears have grown delicate after hundreds of band practices and rock shows. “Post-Acid,” too, is really just kind of an objectively bad song. The nasally, groaning vocals on its chorus and the inebriated lurch of its attempted thrash punk musicianship sound like a really sloppy outtake from a strung out, inconsequential rehearsal. Listening to it for the first time in close to a decade, the song I bumped at least three times a day as a boy plays like a well recorded but poorly performed demo.

The moments that hold up on King Of The Beach, however, are its overlooked, synth heavy tracks, which always felt like inexplicable interludes in the record’s heyday. “When Will You Come” is a goofy, lovably awkward attempt at sunny ‘60s R&B. Revisiting it years later, it foreshadows Williams’ pretty cool hip hop-meets-experimental releases with his brother Joel under the moniker Sweet Valley. The trebly keyboard leads that frame closing track “Baby Say Goodbye” are borderline shitty in the best way, playing like my own attempts to add Microkorg parts to the scrappy garage rock I was trying to chef up on my laptop as a teen. Best of all, “Baseball Cards” and “Mickey Mouse” are perfect slices of post-Merriweather Post Pavilion golden summer nostalgia. They timelessly capture the profound impact that wistful Brooklyn art pop experimenters like Grizzly Bear, Dirty Projectors, and Yeasayer had on alternative music globally in the early 2010s. While its lyrics are pretty trivial, the soaring “I never wanna leave home / Everything in the back of my brain / Told me that I would be sick / When I’m out here” hook on “Mickey Mouse” brings me back to a time in my life when I lived in anticipation of my early 20s. The track’s swinging drum machines and Panda Bear-indebted background harmonies might sound jammy and half baked, but they will always evoke the confusing fun of trying to make myself understand experimental music as a kid.

In the years since King Of The Beach, Wavves have fallen off pretty hard. Somewhere between his extremely douchey Pitchfork FRAMES appearance and becoming Silver Lake’s least favorite landlord, Williams sacrificed his opportunity to be the Tom DeLonge of my generation, instead opting to embrace the energy of a guy who drinks multiple cans of Pipeline Punch flavored Monster a day. With the exception of “Nine Is God” from the GTA V soundtrack, Wavves’ post-2010 endeavours have all felt lackluster and phoned in. So many years since King Of The Beach jammed itself in my earbuds for a year and a half straight, Wavves are the band that taught me that watching your favorite punk rockers sell out is a tragic, essential part of growing up. While Williams may have cemented his place as the face of late capitalism in independent music, it’s hard not to want to shed sentimental tears, three Modelos deep listening to “Take On The World” on a Thursday night after work.