It Holds Up: The Thrills – ‘Teenager’ 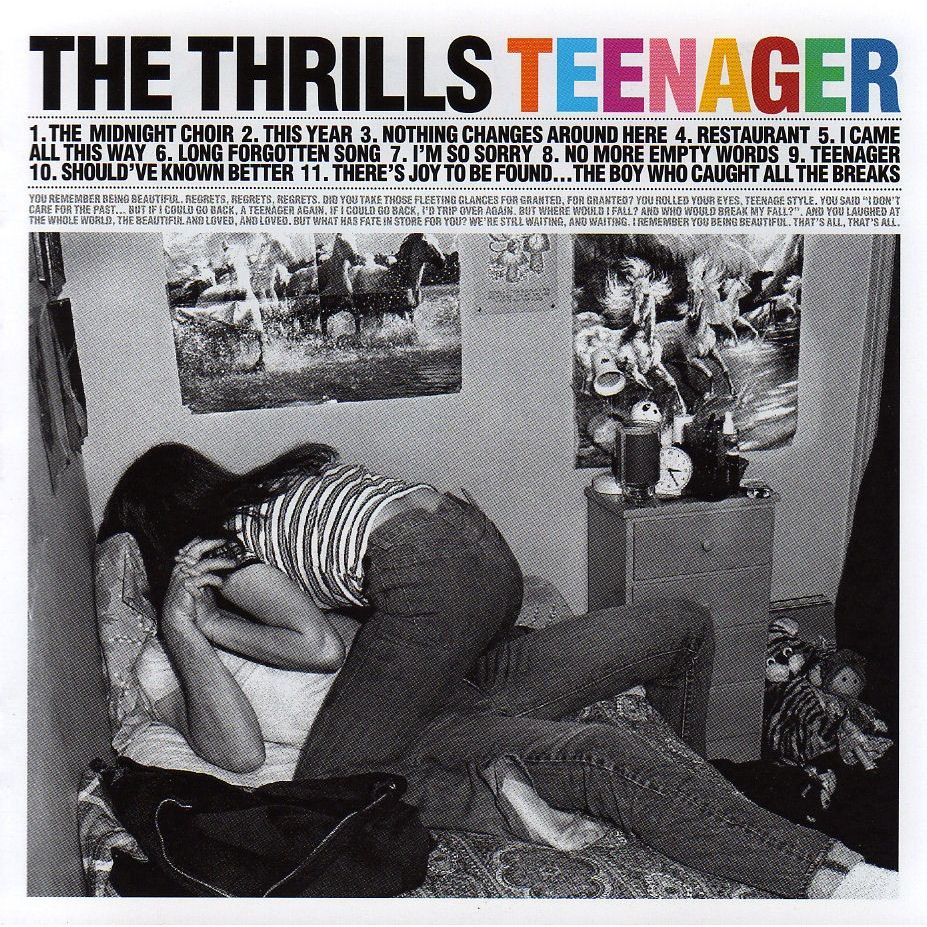 The O.C. premiered in 2003 during the last days of summer and, seemingly overnight, its soundtrack became the de facto sound of teenage America.

In the fifteen years since it went off the air, it remains a daunting example of how to curate a soundtrack with the intentionality of a friend trading mix CDs in homeroom, but the success of its artists that appeared on the show’s fictitious Bait Shop venue is a bit more ambiguous.

Excluding appearances from The Killers and Modest Mouse post-“Float On,” The Bait Shop did a serviceable job “booking” acts that believably would play a 200-cap venue in the mid-aughts. In return, a Bait Shop performance was the mainstream go-ahead for bands like The Walkmen and O.C. golden boys Death Cab for Cutie to ascend to Apple commercials and Walmart CD aisles nationwide. For a surprising majority of its bookings, though, it proved to be a final ascent before plummeting back to obscurity.

“If you could engineer the Platonic Ideal Form of ‘O.C. band,’ it would probably be The Thrills,” Noisey’s Luke Winkie wrote in a piece measuring up acts that played The Bait Shop on the show’s tenth anniversary. “Cute European boys in tight jeans + music so bright and shiny it could be adequately described as Disneyland Rock + a general, ambiguous sense of “indieness” [with] absolutely no lasting cultural relevance outside of representing The O.C. itself = an O.C. Band.”

Considering The Thrills shotgunned a follow-up to their Irish chart-topping debut, So Much For The City, in under sixteen months, they had a decent excuse for being ambiguous on the Bait Shop stage in 2005. The Dublin-based act was already pivoting from City’s California-cosplaying indie pop to a more jaded (yet still relentlessly accessible) look for Let’s Bottle Bohemia, but their network debut was, to put it lightly, pretty tortured. Singer Conor Deasy opened the set with a bitter croak about love on “Saturday Night,” narrating a pissed-off Rachel Bilson as she deals with the relatable struggle of dodging several love interests at the gig. Where most acts would slot in at least one clear iTunes Single Of The Day-worthy candidate, The Thrills only doubled down on their own misery, cueing a sea of lighters and flip phones for the brokenhearted slow jam “Not For All the Love in the World.” Bohemia as a whole was a decent attempt by The Thrills at exorcising any nagging Rooney comparisons, but their new identity was now a jammed disc in a 6-CD changer. Attempting brooding indie stardom while clutching the cutesy wanderlust of their debut, The Thrills were now every other bleeding heart act on The O.C. that counterbalanced the show’s sunnier syncs.

It’s here where it feels weird suggesting Teenager, their third (and ultimately final) album, as something that “holds up,” nevermind as a lost treasure in the mid-‘00s gold rush for commercial-ready indie rock bands. Teenager’s greatest claim to fame might be having its album cover reblogged a bunch during Tumblr’s heyday, but despite its title, relating to the teens wasn’t in The Thrills’ formula anymore. Instead, their swan song is an uncomfortably honest look at a band returning home from the road as strangers, their shot at stardom dimming as the prospect of stable adulthood bears down like a weighted blanket.

“I’ve found a job and I’m gonna hold this one down,” Deasy yelps on opener “The Midnight Choir,” his wounded Neil Young impression never sounding more at home as his world narrows to his job, the town pub, and home. The cruel irony is that Teenager finally sounds like a band capable of vaulting the local pub circuit, perhaps even their brief TV fame if there’s any justice.

“Choir” is an undeniable high point, taking the band’s brushes with chamber pop and committing with Decemberists-grade bombast (and, inexplicably, a pre-fame James Corden in a monkey suit for the video), but Teenager is still plenty full of wide-eyed ambition crashing on the shores of adult compromise. Deasy swears off hometown stasis after sleeping with a glue-huffing crush from his teen years on “Nothing Changes Around Here,” only to backpedal a few songs later to “return like a river running home” on “I’m So Sorry.” The rest of The Thrills, meanwhile, seem content leaving their Californian dreaming behind, opting for jangly kiss-offs (“I Came All This Way”, “No More Empty Words”), drunken campfire admissions (“Should’ve Known Better”), and earnest, proto-Mumford folk that holds up by prioritizing a sparse mandolin moment over some big stomp and clap chorus (“Restaurant”).

If there’s a single reason I find myself pulling a half-remembered indie album of the iPod era out from the digital ether, though, it’s in Teenager’s title track. Opening on drifting guitars that sound like they’re losing a drunken staring contest with the wallpaper, “Teenager” is a last-call slow dance between Deasy and the past as he regrets not doing enough with his adolescent years.

“If I could go back, I’d trip over again,” he reckons in the chorus. “But where would I fall?”

The question goes unanswered as the band maintains its twangy composure, but as far as a song about coming of age in the ‘00s goes, it’s better without one. The O.C. ultimately fumbled its stars’ transition into adulthood with shark-jumped subplots in the show’s dismal last season, while its soundtracks maintained its youthful brand of indie-pop as if time stood still. As unsettled as The Thrills might’ve seemed before it, Teenager stands out within the pantheon of shiny indie acts from The O.C. for actually trying to depict a clearer sense of life after graduation, no matter how raw and aimless they look on the other side. That didn’t seem like a worry though; amidst throwing chamber folk, alt-country, and jangle pop at the wall, The Thrills finally seemed to find a sound on their final album that suited their blustery Irish realities.

Of course, part of my investment in Teenager is tied to how the band’s story ended. NME labeled Teenager “the most hopeless release of 2007,” leading Virgin Records to drop The Thrills over middling sales. In an age where even regional DIY lifers feel the need to announce an indefinite hiatus, a once chart-topping major label band simply fading into one seems novel, almost romantic even. Aside from a quietly released best-of compilation and passing remarks from drummer Ben Carrigan while promoting his solo album, The Thrills are both without a conclusive end and fairly easy to imagine one for. If anything, Teenager itself is as much an answer as it is a herald for their potential: despite all the apologizing and eulogizing for the old days, there’s also plenty of joy to be found in life after you stop trying to stay a teenager forever.