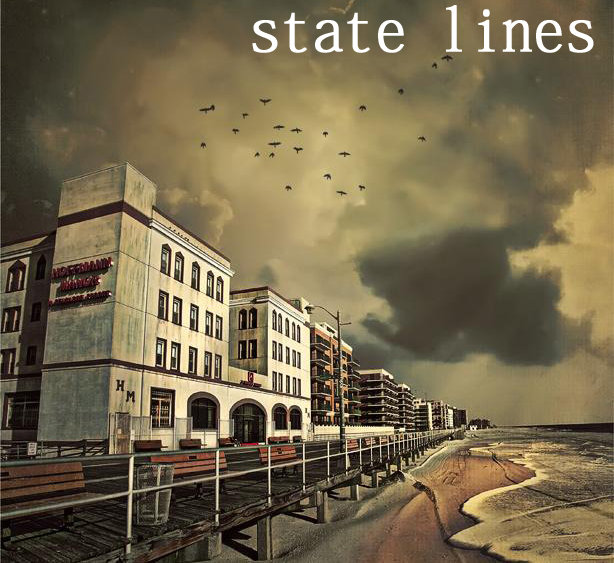 Growing up in Long Beach, a suburb off of Long Island’s southern shore, Jade Lilitri picked up an instrument for the same reason as generations of rock stars before him. “I started playing guitar in 5th grade because I was a chubby kid that knew if I was gonna get any girl to like me, it’d have to be because of some corny talent like that,” he confessed to a zine called Manual Dexterity Music in 2012. “I got my first drumset in 7th grade and still no girls.” From there he cut his teeth in several local bands and solo projects, most notably Mooseport. In “Kobe Bryant”, their only song available on Bandcamp, he compares his lack of talent to the late NBA legend’s gifts. The song is scrappy and quintessentially Jade—unabashedly lovestruck. The self-deprecation of the song’s premise is not an excuse for failure; rather, it’s motivation to try harder, to overcome.

The night before Halloween Lilitri’s senior year of high school, Mooseport played their final show to a crowd so large that people had to be turned away at the door. Realizing that his songs about teenage angst resonated with the kids around him, Lilitri set about starting a new project. He self-released a demo EP under the name State Lines and rounded out the lineup with underclassmen Tom Werring (who had joined Mooseport toward the end of their run) and Johnny Wims. The three would record State Lines’s debut album Hoffman Manor, with Lilitri on drums.

Long Beach revolves around its titular beach and boardwalk. Before relocating to Philadelphia, Liltri would bring his guitar to the boardwalk at night to write. Situated in the middle of the boardwalk is an assisted living facility formerly known as Hoffman Manor, which the members of State Lines would have passed countless times during their childhoods in the area. This dichotomy, the visible specter of aging looming over the formative years of late adolescence, has arguably animated all of Lilitri’s work since State Lines began, but never as explicitly as the album he named after the building itself.

Inspired by local pop punk heroes The Ergs! and the mid-tempo folk punk of Against Me!, Hoffman Manor balanced grit and melody in equal measure. The album is produced remarkably well—the undercurrent of bass and rhythm guitar is thick without ever devolving into muddiness, and the drums sound crisp and distinct. Lilitri’s voice hovers somewhere between the furious growl he’d adopt on State Lines’ second record For the Boats and the clean lilt of Oso Oso, a perfect vehicle for his unique brand of melancholy. Werring’s harmonies and lyrical guitar leads give the record an ethereal quality; it’s an atmospheric take on pop punk, like the songs are being played through a fog rolling in off the Atlantic.

While the music is technically straightforward with hooks to spare, many songs eschew the verse-chorus-verse-chorus structure. State Lines more than earn the frequent comparisons to Tigers Jaw, another punk band who earns their “pop” descriptor only through relentlessly catchy songwriting. The entire album is also played in a bizarre quarter-step down tuning (a stoned friend of mine once accidentally achieved something similar by tuning his A-string to 420hz instead of the standard 440, in case anybody involved in the recording process wants to confirm or deny this method). At one point, someone recorded a full album of blatant Hoffman Manor ripoffs and uploaded it to iTunes under the name The Searching Sevens, a gambit that was immediately shouted down by the Long Island DIY community. No amount of pale imitation or outright thievery could compare to the genuine article.

Hoffman Manor opens at full sprint, with a furious snare roll into a pick slide. That opening track, “Driver,” fades right into album standout “Getaway,” a song about the freedom of late-night stoned drives. “Act like we didn’t see the cars on the side of the Meadowbrook,” Lilitri sings, referencing a parkway connecting the north shore to the beaches further south (Hoffman Manor was actually released on a short-lived Long Island based record label called Meadowbrook Records). The song opens up by the bridge, where he plays out a conversation with himself: “Getting high to pass the time, getting high all the time / Yeah you do this far too much / I know I know.” This kind of self-awareness permeates the entirety of Hoffman Manor, belying that the average age of the band was no more than 18 when it was written. “Getaway” ends with the repeated phrase: “This drive is just a getaway I could never get away from.” It’s a clear-eyed examination of unhealthy coping mechanisms—when the means of escape becomes something to escape from itself—one that offers no easy solutions but does offer acknowledgement, a kindred spirit to say “yeah, this happens to me too.”

Just as mature is “Cancer,” a song Lilitri penned from his mother’s point of view about watching her father lose his battle with illness. He vacillates between the frantic desire to keep a loved one alive and the ultimate futility thereof, and writes both about the terrifying physical deterioration of cancer and the human instinct to frame death as an end to suffering. The song’s chorus is a manic dash down the highways to say goodbye to a loved one on the brink of death. After such a bleak experience confronting mortality, it’s hardly a surprise when Lilitri likens assisted living to “eternal hell” on the album’s closing title track. “Growing old is just a way of saying how I’m losing control,” he howls around the song’s midpoint. It’s the kind of adolescent observation the rings depressingly true as we age; one day we all do lose our battle with the forces beyond our control.

Of course, you don’t win over teenaged suburbia by merely reminding them of the unending passage of time. “My Friends” is the album’s manifesto, a paean to friendship and creation with the titular refrain: “We might die trying to cross state lines / But we’ll never regret it.” It calls back to a similar lyric in the chorus of Against Me!’s “We Laugh at Danger and Break All the Rules,” a reflection of the band members’ shared influences (Lilitri also spent time in high school in a side project called We Laugh at Danger). On “My Friends,” Lilitri rails against aging into the workforce (“We’d never fit in 9-to-5, suits and ties / Negotiating for some corporation”), making it a rebuke to the lonely ride on the LIRR, Long Island’s commuter rail, depicted in “Probably in a Notebook.” It’s easy to imagine him looking around at the professional class passengers on his train and vowing to never become them, committing firmly to eking out a living between self-booked tours and odd jobs. It grounds his broadly adolescent sentiment in a tangibly Long Island experience: a lonely train ride and prayer for fulfillment.

Initially released to little fanfare, Hoffman Manor circulated through word of mouth in the subsequent months. Like many bands of the era, State Lines shared their music for free, even personally re-uploading the file-sharing links that were taken down (if my memory serves, they dropped their sophomore LP For the Boats on Mediafire a few days before its official release and posted the link on Facebook). Eventually Hoffman Manor made its way to Will Miller at Tiny Engines, who signed State Lines shortly thereafter. 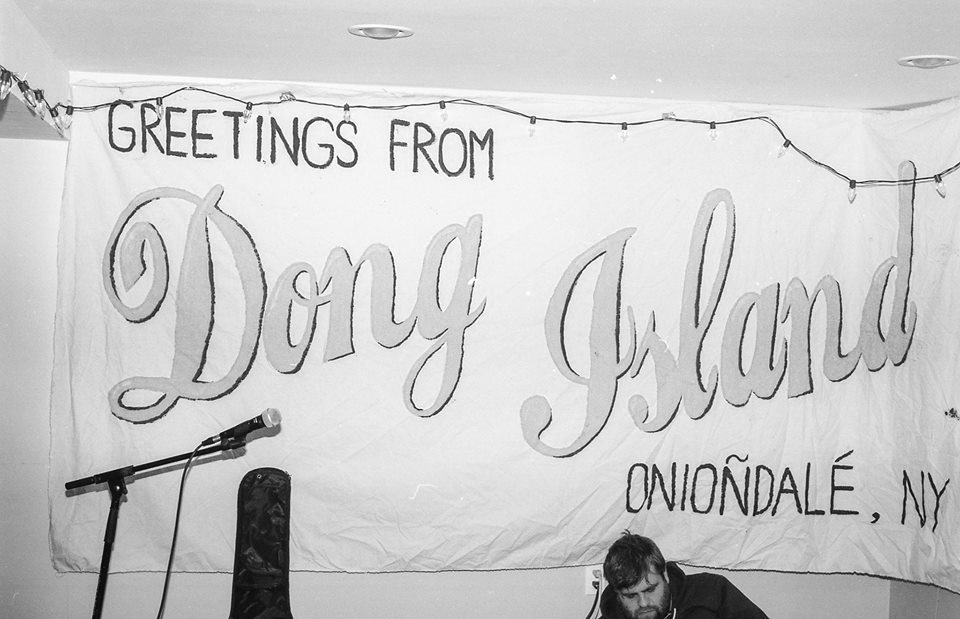 (Photo courtesy of The Media)

The final anointing came from their live shows, in now-defunct Long Island DIY venues like No Fun Club, The Woodshop, and Dong Island, and with booking outfits like East Coast Collective. State Lines shows were a visceral experience, from crowd surfing to the dream-like singalong bridge of live favorite “Cheers, Belmonte.” High schoolers smoking weed in the No Fun Club parking lot on a cold night could go inside and purchase $1 grilled cheese made on a George Foreman grill at the merch table. The strong community groundswell saw them headlining shows with local bands like Scout, Haverford, Tomahawk Chop, and Broadcaster, as well as a bonafide murderer’s row of future emo stalwarts. From 2011 to the band’s dissolution in 2014, State Lines shared bills with The Front Bottoms, Marietta, Foxing, You Blew It!, The Sidekicks, Free Throw, Dikembe, TWIABP, The Hotelier (before and after the name change), and many others.

There’s an apocryphal saying about the Velvet Underground, or perhaps you’ve heard it about the Pixies: that while not many people bought their records, everyone who did started their own band. Calling State Lines the Velvet Underground of Long Island emo is dramatic, but it’s remarkable how much of the current Long Island emo renaissance has emerged from the scene that orbited them. Jade went on to Oso Oso and Tom Werring formed Yeah Is What We Have. Billy Mannino, formerly of Haverford, produced the yunahon mixtape and now makes music as Bigger Better Sun. Bands like Smol Data and Macseal orbited the same circles. When Counter Intuitive Records reissued Hoffman Manor on vinyl, label head Jake Sultzer acknowledged the album as a major inspiration for starting the label in the first place.

Here is as good a place as any to admit that Hoffman Manor also inspired my childhood friends and me to pick up guitars and start an emo band. It’s my favorite album of all-time, hands down, the one that has fundamentally warped the way I listen to and interact with music. In truth, it’s hard for me to listen to nowadays; these songs carry often-painful reminders of first heartbreaks and formative years spent with friends who I no longer speak to. But listening back repeatedly for the first time in years, I also hear some of the best nights of my life—getting drunk or stoned in parks, going to my first DIY shows and shouting along with every word, fumbling my way through a miserable cover of “Getaway” on my first guitar.

In 2014, Werring left State Lines to attend undergrad at NYU. The band attempted one tour without him before deciding it no longer felt right to continue. Lilitri took a handful of songs from the LP3 sessions and drummer Aaron Masih, the last in a rotating cast of touring drummers, and doubled down on then-side project osoosooso, which morphed into Oso Oso. The story from here on out is better documented: the international tours, the surprise release of the yunahon mixtape, the eventual Pitchfork BNM.

Lilitiri is writing arguably the best songs he’s ever written and has achieved a long-deserved success, but as someone who grew up on Long Island, Hoffman Manor will always hold a special place in my heart. Plenty of bands reflected my teenage angst, but only State Lines mapped those emotions onto my immediate surroundings. In an act of cosmic tragedy, Hurricane Sandy descended on Long Island in 2012 and Long Beach was hit exceptionally hard. The facade of Hoffman Manor was destroyed, and after being restored it was rechristened the Long Beach Assisted Living Facility. State Lines’ follow up record For the Boats would incorporate the influence of psychedelic drugs and waterlogged imagery and pushed the band to new heights. All of this makes Hoffman Manor both eerily ephemeral yet timeless, like staring at an old photograph. And as long as that photograph exists, I hope it inspires kids from Long Island (and all over) to go out and start their own bands. 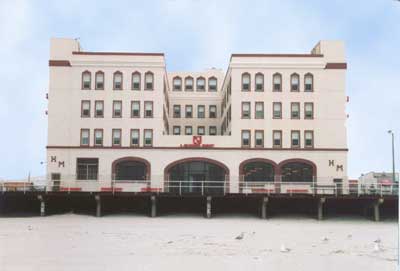