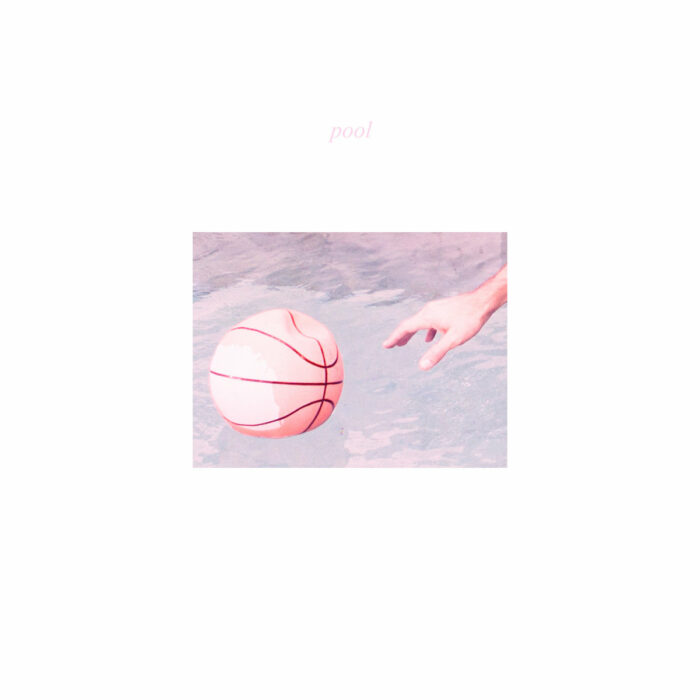 In the months prior to the release of Porches’ sophomore album Pool, things were finally starting to pick up for Aaron Maine. He had moved to New York City after spending the better part of his young adult life living out of his parents’ house in Pleasantville, New York, simply so he did “not have to find a real job and not have to pay rent.” At home in the metropolis, Maine swapped the clunky vintage guitars employed on his smartly cynical debut album, Slow Dance in the Cosmos, for synthesizers and drum machines. He bleached his hair and publicly dated fellow rising underground star Frankie Cosmos. He stopped making jokes about giving oral sex before therapy and started earnestly, desperately yearning to “Be a part of it all.”

Pool came out my senior year of high school during a period in which, for the first and only time in my life, nothing felt less cool than listening to poetic rock music. Released by Domino in the twilight of PBR&B and at the dawn of critically acclaimed trap, Porches found me when I was more likely to spend my weekends watching Noisey videos and browsing Grailed than I was to be caught awkwardly shuffling around in the back at a Washington, D.C. DIY show. Because I had briefly grown disillusioned with the power of tube amps, I was trying to push my teenage creative collaborators in a more modern, electronic direction. I’ll never forget my bandmate and still-good-friend Patrick pulling me aside in the hallway after fifth period English and asking something along the lines of, “Have you heard of this guy Porches? I think this is exactly what you want our band to sound like.”

While Porches certainly influenced the music my bandmates and I wrote in those final days of adolescence, it wasn’t until my freshman year of college that Pool worked its way into my day-to-day music rotation, subtly shifting my perception of the world around me in the process. My second semester was a time of almost comedic, Pyncheon-esque bohemia set in the Los Angeles suburbs. I’d finally found the other creative types at my alma mater, and I spent my hours off campus going to neon-lit parties, road tripping to national parks, and binging albums from a rotating cast of sunny alterna-pop acts. Pool soundtracked countless aimless strolls, pre-games, and panic attacks. “Underwater” still sounds like sneaking into my university’s off-limits athletic swimming pool to jump off the diving board. “Car” brings me back to holding a point and shoot film camera at dusk while camping in a patch of government land near Joshua Tree, as groups of desert hooligans set off massive fireworks around the tent my three best friends and I had pitched. “Hour” reminds me of the afternoons I spent badly trying to teach myself how to skateboard in Orange County alleyways between 100-level classes.

If Pool was an important record in a period of my life that felt like an Urban Outfitters commercial, it was a downright biblical fixture in the harsh comedown that followed those blissful, careless months. Going into my second year of undergrad, two of my close friends decided to transfer to far away universities, while I found myself in summer school because I had failed a prerequisite math course not once, but twice (If you follow rock criticism, there’s a good chance you, too, have experienced some academic struggles in your day, but if you’re a freshman in college reading this, I beseech you to get tutoring right when that algebra grade drops below a C). While my closest friends looked forward to new lives in major metropolitan areas, my college let me know that I would be expelled if I didn’t master the difference between additive inverse and distributive properties. In the weeks I spent living at home before returning to California to fight to stay in school, I began to daydream of a backup plan in which I, like Maine, would live with my parents for a while before packing my bags and moving to some Northeastern city with just a Microkorg and a dream of indie rock glory. Spoiler alert, I passed the math class and graduated with an award from my Dean Of Students for running the radio station, but I am fairly confident that if I’d followed in Maine’s footsteps, I would be someone in a band worth writing about instead of someone writing about bands.

“Mopey New Yorkers are endlessly renewable in independent music,” Jeremy Gordon wrote in Pitchfork’s best new music-bestowing review of Pool. Unfortunately, while the record holds up, this statement absolutely does not. Porches’ second endeavor instead plays like the dying gasp of quirky, colorful indie rock as I once knew and loved it. While Pool fundamentally altered the lives of every person with a baggy pair of Dickies and one hoop earring, it also spawned a new generation of musical pop artists like Gus Dapperton, Jakob Ogawa, and even the maligned Oliver Tree, who are reminiscent of Maine if he smelled like designer lotion instead of half a dozen hand rolled cigarettes. Pool wasn’t another installment in the canon of New York City indie rock, it was the scene’s unwitting capstone. Pre-The House Porches records exist at a fascinating intersection between Dapperton and DeMarco. They’re some of the last authentic “Brooklyn rock albums,” bittersweet eulogies for an alternative scene that was a hair away from being completely priced out and pushed to places like Philly and Los Angeles.

In the time following Pool and Maine’s subsequent stardom, Porches became a remarkably consistent project. Maine didn’t necessarily fall off or sell out—he still drops collaborations with Dev Hynes, uses the word “water” in half the songs he writes, and posts vague photo dumps on Instagram. However, everything since Pool feels like it’s trying to capture the magic of that record’s inexplicable prose. For a brief moment five years ago, it seemed like Maine could be the David Bowie of my time. Unfortunately, if Pool was Porches’ Hunky Dory, Maine skipped the chance to put out his own Berlin trilogy and disappointingly fast forwarded to Let’s Dance. Pool’s magic lay in its weirdness. For every singalong chorus on tracks like “Mood” and “Glow,” there was an element so lovably art school-ish that Pool couldn’t help but retain its integrity in the realm of the avant-garde. Like countless great artists before him, Maine’s hyper-aestheticism cemented his place as an indie rock meme, helping to ensure his career’s longevity, while also diminishing his chances of putting out another clandestine classic.

Objectively, a fifth anniversary isn’t all that seminal, but Pool’s half-decade landmark makes me feel like a goddamn geezer. It’s one of the few records released in my cognizant lifetime that I’ve watched radically shape my human experience, before eventually phasing its way out of my playlists. I don’t know any teenage music nerds in 2021 like the one I was in 2016 when Porches dropped the massive Parnassian bellow that is Pool, but I imagine and hope that it will become a crucial listen from a bygone era in the same way that records like Crooked Rain, Crooked Rain and Merriweather Post Pavilion were for me as a 15 year old. Even if Maine’s painted nails, blonde bowl cut, and torn hemmed chinos don’t seem as singular as they once did, with Pool, Porches fundamentally shifted my generation’s counterculture. I was there, and I’ll always remember.