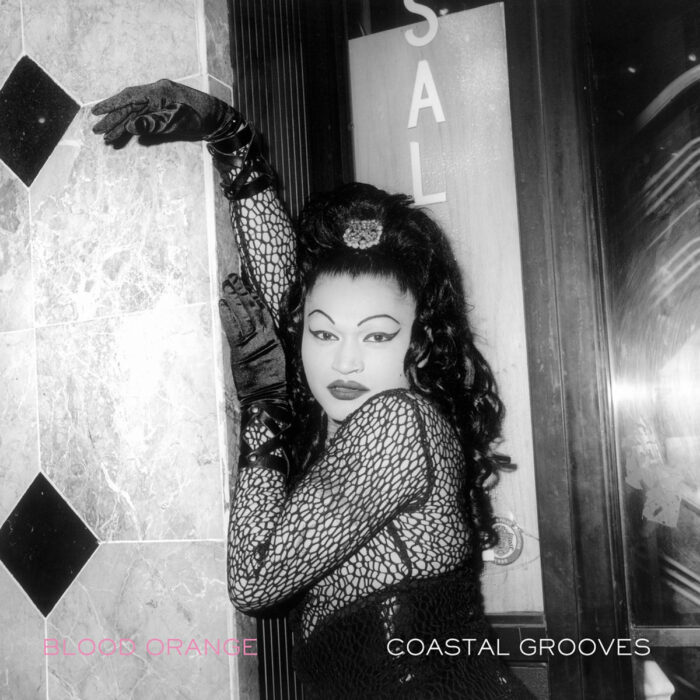 I can’t remember exactly how or why I stumbled upon Coastal Grooves as a high school sophomore, but when I pressed play, it wasn’t like anything I’d heard before. As a 15 year old who largely listened to late-era blog rock and, for some reason, a whole lot of Tom Waits, the breadcrumb trail that led me to Dev Hynes’ debut as Blood Orange isn’t a confusing one to trace. Nevertheless, the impact that the record had on me as an impressionable kid living in the Midatlantic suburbs, trying to get a glimpse of life in the city by devouring old issues of The Fader, was profound. A decidedly refined album from an artist who rode his cosmopolitan persona to the top, Hynes’ sassy, hyper acute musicianship on Coastal Grooves soundtracked countless entirely bullshitted conversations, in which my friends and I pretended to know anything about what it was actually like being a 20-something in Brooklyn. Revisiting the record now, as someone with bills and rent to pay, brings back waves of both fond nostalgia and repressed embarrassment.

Released in the heyday of both chillwave and the surf rock revival, Coastal Grooves was hip enough to fit in with the cool kids, but also bucked the disposable trendiness of many of its peers. Conceived in the wake of the dissolution of Hynes’ dance punk band Test Icicles, Blood Orange started off as the side project of a solo project, Lightspeed Champion. Where Lightspeed Champion sounded like if The Decemberists were fronted by Yves Tumor, Blood Orange married the aesthetics of long-discarded Vogue copies and the musical legacies of timeless performers like Sly & The Family Stone and Jimi Hendrix. With its spunky, palm-muted guitar riff, opener “Forget It” wasn’t sonically dissimilar from the work of the Captured Tracks bands that I used to keep on repeat. Popping it on now resurfaces a youthful emotion that I can’t quite put into words. With its snappy Roland TR-505 groove that comes in after the unforgettable lyrics “I feel unique / Not yet complete,” it holds up as one of the greatest album openers of the 2010s.

More than any other Blood Orange release, Coastal Grooves is defined and driven by Hynes’ electric guitar ripping. For evidence, look no further than the six minute and 40 second mark in this sardonic promotional short film put together by Domino Records. Where albums like Cupid Deluxe and Freetown Sound embraced jazzy keys and lush, baroque arrangements, the stripped down instrumentals on Hynes’ early work cast the spotlight on melodic, intricate stringwork. On “I’m Sorry We Lied,” slippery soloing and propulsive harmonics lay the framework for musings about leather jackets and Cadillacs. “The Complete Knock” is centered on dramatic, reverbed out pentatonics and coy strumming that bring to mind both East Coast indie rock and Curtis Mayfield. Meanwhile, “Can We Go Inside Now” flirts with psychedelic country that wouldn’t sound out of place on an immaculately curated Numero Group compilation. “Oh, I was a lonely girl / I grew up fast / I took my Tahoe to go somewhere where the boys lust,” Hynes sings, adopting a female perspective in one of the album’s many moments that feels character driven and vaguely theatrical. While Hynes’ playing is at its most jaw dropping on Coastal Grooves, it also found him coming into his own as one of the most prolific songwriters of the past decade.

Channeling the artsy grit of 1980s Manhattan, AIDS epidemic-era queer culture is a theme that courses through Coastal Grooves. Drawing inspiration from bygone downtown drama and transgender icons like Octavia St. Laurent, the album feels like it was unearthed from a time capsule, even when held up alongside Blood Orange’s obnoxiously retro peers like Small Black and Neon Indian. “I find New York, early ‘80s gay culture so amazing—the ball culture, what they created, how they expressed themselves. I admire them endlessly for their bravery… When I was younger growing up in Essex—a small town in England—I dressed pretty weird, and a lot of my friends were gay, so I essentially grew up as a gay kid even though I was straight,” Hynes said in a 2011 interview with Interview Magazine. In retrospect, Blood Orange’s “gay straight guy” persona feels a bit performative and appropriative. It leaves me wishing there’d been more room for actual queer artists in 2010s culture publications. However, as a young person who grew up taunted by classmates for my edgy style and alternative taste, Hynes was someone I actively looked to as an inclusive and progressive role model. He was like Prince for a generation of kids who turned to websites like Tumblr and Twitter for a sense of like minded community.

Although PBR&B artists like How To Dress Well and Autre Ne Veut were coming up around the time Coastal Grooves came out, it was met with surprisingly meager acclaim. “There are almost no payoffs. Far too often, Hynes lays intriguing groundwork for a sexy, indie-funk jam or a sweetly kissed pop song, arrives at the chorus, and gives us only a stark guitar line or plinky little rhythm,” Joshua Love wrote in Pitchfork’s 5.9 bestowing review of the record. The site certainly dunked on one of the most influential debuts in recent music memory, but Love’s characterization of the record wasn’t wrong—he was just ultimately taking digs at Coastal Grooves’ strengths. Fixating on its “Seductively spare post-punk atmosphere” and cool restraint, he ended up putting into words exactly what makes it such a fascinating entry in the Blood Orange canon. After fully adopting the sounds of alt-R&B on his subsequent efforts, Hynes quickly reached a point where he could perform alongside musicians like Philip Glass, work with A-listers like Mac Miller and Britney Spears, and perform at massive venues like The Hollywood Bowl. Nevertheless, Costal Grooves stands out as the bad boy rocker in Hynes’ discography. It’s a brazen, suave exercise in unrestrained attitude.

Produced in Los Angeles by Ariel Reichstad, who had already worked with musicians like Plain White T’s and Armor For Sleep, in hindsight, Coastal Grooves is not the radically avant-garde work I perceived it as when I was growing up. However, it still highlights the contrast between Blood Orange’s baffling popularity and his brazen creative autonomy. Even as a diehard fan, I’ve been shocked to watch Hynes evolve from an underground ripper to a borderline household name. Where latter day Blood Orange releases have been lovable, empathetic, and warm hearted, Coastal Grooves is playfully mean spirited. It’s like the friend who calmly tells you they hate your outfit, moments before they buy you an expensive drink. “What’s in this for me? / Please get the funk out of my house / And stay in your own,” Hynes sings on “Are You Sure You’re Really Busy.” Although it felt like an obscure oddity when it came out, Coastal Grooves proved to be a record synonymous with my generation’s concept of big city cool and forward thinking identity. Coastal Grooves is certainly bold and brash, but was ultimately enough of a good natured and approachable endeavor to propel Hynes towards bona fide fame