Home  >  Interview: You Me At Six Discuss Progression With New Record “VI”

Interview: You Me At Six Discuss Progression With New Record “VI” 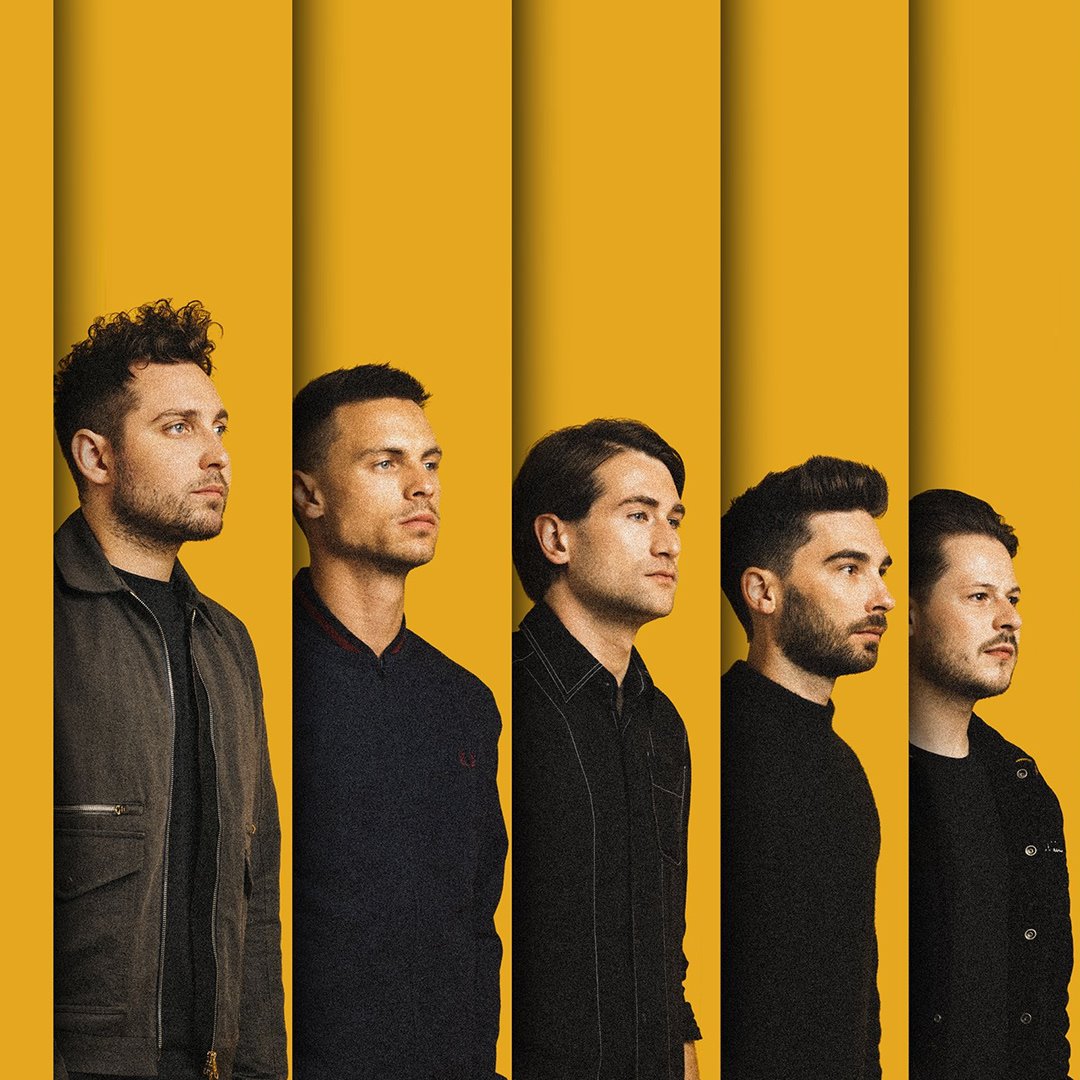 Back in late 2010/ early 2011 when I spent my time discovering music through Tumblr and not Twitter, I came across the U.K band You Me At Six. At the time, they only had two records out but were gearing up to release their third LP, “Sinners Never Sleep”, which turned out to be an infectious pop-rock album with catchy hooks. In November of 2011, I caught their show in Gainesville with headliners Mayday Parade as my first show. Since, then the band has expanded on their sound and have just released their sixth album , “VI”. I was able to speak to the band’s guitarist, Max Helyer about the band’s recording process, exploring their sound and more. They’ll also be making their way back to the U.S. early next year and you can see the list of tour dates below.

With the record being released at the beginning of October, Helyer describes the feedback they’ve gotten so far as “fantastic”.“We went on an Instore run around the UK the week it was released and fans were saying to us that this is probably one of the best albums we have ever written or the best yet,” he said.

When going into the record, there was no intricate goal in mind, just the ability to enjoy themselves throughout the process. “I think for us, we just wanted to really get that energy of us five just having a lot of fun,” he said. “The last couple of years was a difficult run for You Me At Six and we wanted to leave that baggage at the door and make a record that sounded energetic but also sound like we are having a great time again.”

Following the record’s announcement, the band released two singles, “Fast Forward” and “3am” together. With the lyrics “Just when you wanna fast forward you know it’s gonna hurt some more / When you feel the fire is gone, I’ll pour some gasoline on” making up an infectious chorus on “Fast Forward”, the heavier guitar driven song is much different from the latter. Placed in the middle of the album, “3am” explores a dance pop sound.

“We chose those two songs to be released first because the album has a lot of colour and texture when we come to talking music. By just releasing one song, it might give people preconceptions of what the record will sound like,” he said. “By releasing these two, we felt like it was showcasing what the record was really about. It has hard hitting moments from rock music but also fun upbeat contemporary / pop music.”

With some tracks having a strong electronic and R&B inspired sound, it came about as the band further explored their interests. “I think we are in the time and place of music where you aren’t judged on what you listen to, and in You Me At Six, we listen to lots of different styles and genres that have made their way into our music. We started making waves with electronics coming into our music on our previous album Night People, which we knew we wanted to continue developing,” he said. “But with the R&B side of things I think that’s because of the chords they use and how they capture moments and feelings, that’s something that definitely interested myself being a fan of that style of music and wanted to have my own spin of it.”

On the record, they worked with producer Dan Austin as well as produced it themselves. “Dan is an amazing producer to work with, we have actually worked with each other in the past working on an older song called “The Swarm” so we knew what Dan was like in the studio. But when it came around to making this record he saw the vision and hunger we had that we wanted to make a body of work that was a little bit different for us, and to really challenge ourselves musically trying new styles and ways of recording our parts,” he said. “Whenever we weren’t happy we would scrap what we had and start again, really talking about the feelings we were trying to translate in music.”

For their last three records, the band recorded them in the U.S. but with this album, deciding to record it in the U.K. was something they “knew instantly” as they wanted to record it from where they’re from. When writing the record, the band five members went into studios for weeks at a time which allowed them to build ideas for tracks such as “IOU”, “Predictable” and “Danger”. “Then we did a few writing sessions with different songwriters which really taught us about how we write songs and what we could do differently and how we approach it,” he said. “We got some great songs out of this from “Fast Forward,” “Back Again” and “Losing You.””

In November and December, the band will be playing shows in the UK in celebration of their debut record, Take Off Your Colours, turning 10 and will be playing it in its entirety. When talking about revisiting the record, Helyer describes it as “a trip down memory lane”. “I find it wild that still after all this time that people love that album,” he said. “It was really my first entry into writing songs and music and people still relate to that now today, which blows my mind but is also a very humbling feeling to know music that we made 10 years ago still has a connection to people.” Reflecting on the band’s career, he never thought that they’d get to the point that they’re at now. “I think if you would of told us that 13 years ago we would of laughed and said no chance,” he said. “But what I do know is that we did set out when we started to have a long career, just didn’t think we would get there!”

Along with their European headlining tour, the band will be back in the U.S. early next year.“Well it’s been a good while since we have been back to America,” he said. “So I’m sure you will get a very different set of songs that we are playing, and a new energy and vibe to a show that I don’t think the American fans would have seen yet.”