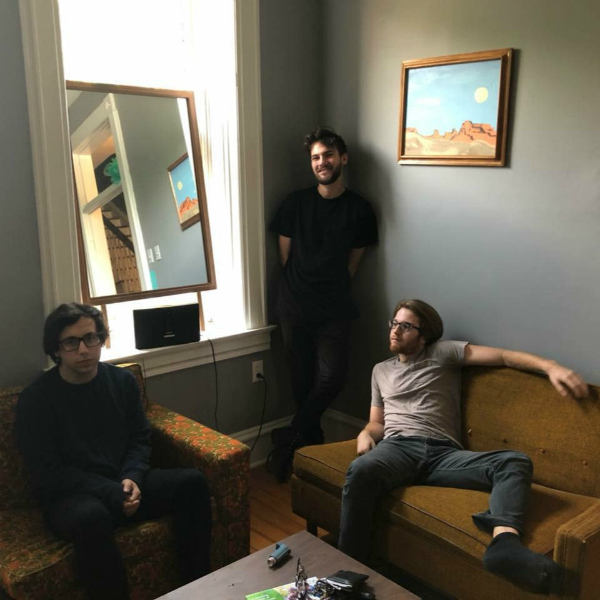 Worst Party Ever is a bedroom emo project from Sarasota, Florida, consisting of Andrew “Andy” Schueneman, Michael Galvano, Benjamin Durshimer, and Kyle Meggison. While members and lineups have switched, Andy has remained as the frontman and rhythm guitarist since their first release in 2014.

Worst Party Ever is a name known around the Florida DIY scene very well, even with there being 4 hour drives from Sarasota to any of the next nearest conglomerates DIY spaces—which include Miami, Sarasota, Gainesville, and Orlando. Any show in this swamp you go to, it’s almost guaranteed that someone there has met Andy, or has at least heard of Worst Party Ever.

After a year long hiatus, Worst Party Ever released acoustic demos of tracks off their upcoming album, Year Of The Manatee, on an EP entitled Japan.

What’s Japan about? Is there a general theme you’re trying to convey?

Honestly it was just a lot of songs I sent to Ben from 2016 to now. I had originally planned to visit Japan in 2016 and with me about to leave to actually do that, I decided that I would post them because I’ve had them for so long.

And where did your fixation on Japan come from?

I really got into ambient music from Japan, there was this artist I really liked and I also wanted to see another part of the world pretty much. I wanted to set a long term goal to kind of be out of my comfort zone

You took a hiatus, correct? What was the reasoning for that?

Yeah for the most part, Ben’s in school and we’ve all been working a lot. I pretty much worked full time and tried to save money. We still hung out but having us all get together was fairly tough.

Is it good to be back? And to go on this tour? Are you all collectively excited?

Yeah! It’s going to be really cool! I’ve never been to any of these places before!

Amazing! And you’re touring with Farseek, how did you meet them?

Cameron was in this band betterment and we played our first show with them, we played a series of house shows in Sarasota and became friends. Farseek also shreds hard!

I think our sound on recordings have a lot of pop value to them, but I get a lot of different types of feedback. I’m not entirely sure if I consider any of the Anthology recordings to be emo but it seems to get paired with a lot of “emo” rock bands

So do you think Year of The Manatee and Japan enforce this position you fit into? Or do you think it will hopefully add a new perspective or a new slot for Worst Party Ever to slide into?

I definitely think anything we put out now will not be acoustic in any way. We’re starting to work in a studio now instead of using iPhone / Yeti microphones [to record.] We’ve had a much easier time playing shows then recording over the past couple of years.

Who would you describe as your biggest influences in your writing?

I grew up listening to a lot of Joanna Newsom actually. I really enjoyed the vocal patterns. In high school I really enjoyed The Microphones and Nana Grizol. Tigers Jaw was also pretty up there for me. I started listening pretty late after Adam left.

So there is a lot of hype built around these two releases right now. I think wherever you go you’ll always have a sizeable following, and people will 100% listen. Is there any message you want to try and convey with these two releases?

It’s really nice to do things for yourself. It’s nice to feel confident in producing art! I’m really happy with how they turned out. We’re still working on more stuff as a band. Hopefully people around the areas we’ll be at like us! It’s fun to meet new people.

Worst Party Ever may seem to just be a Florida treasure, but the lessons and motifs they share to the world are anything but niche. With themes of drug abuse and alcoholism, to finding and even redefining one’s self worth, Worst Party Ever sets sail to Japan. The songs on this EP along with their collective anthology, all point towards a dazzling future with many more tales to come. Hopefully, this is not even close to the last thing we hear from Andy and his fellow party goers, and hopefully, this party never ends.