Home  >  Interview & Track Premiere with Why Dogs Why

Interview & Track Premiere with Why Dogs Why 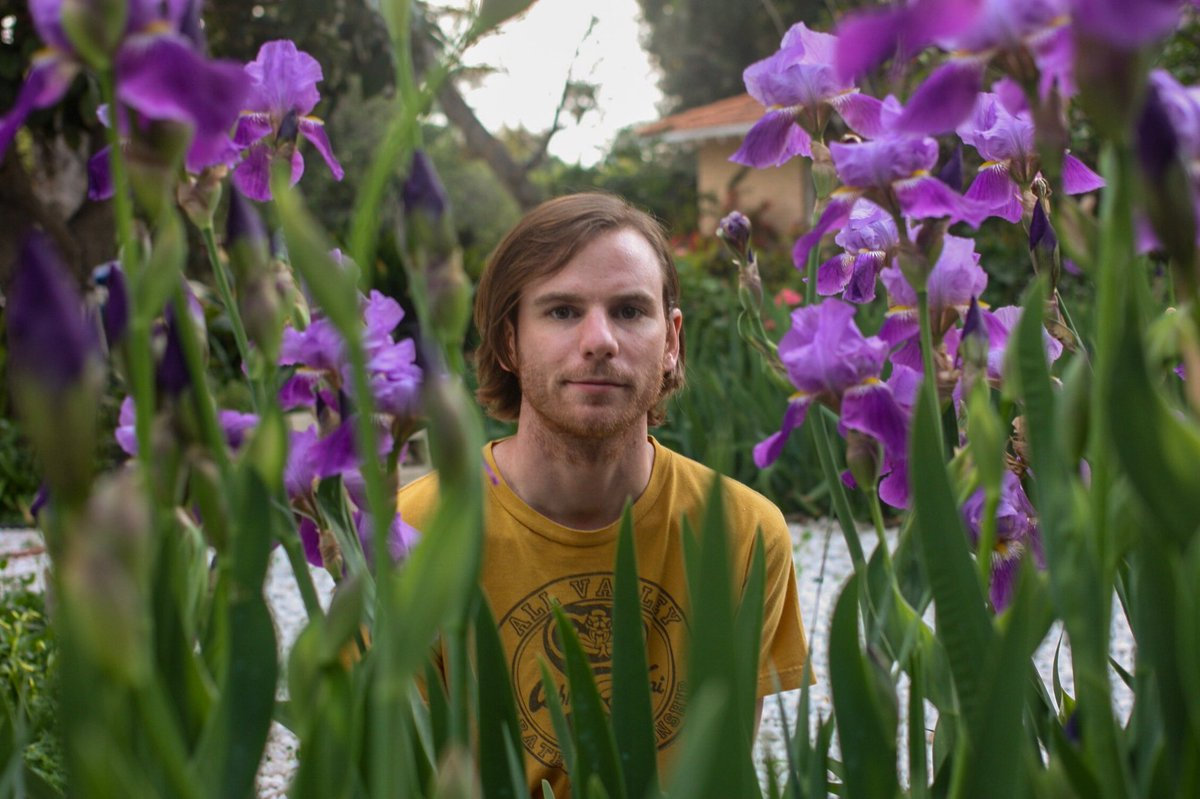 Why Dogs Why is the solo project of Los Angeles based indie artist, Alex Johnson. Former frontman of the pop-rock group, BedBugs, Why Dogs Why shows a more introspective side of the musician. “People Pleaser” is the latest release from his forthcoming album, Append.

“People Pleaser” is about feeling uncomfortable in social situations. Johnson explained, “When I hang out with people I don’t know very well, I feel like I’m being judged, but it’s all in my head and everyone is normally nice in that sort of setting.” Luminous, yet bubbling with angst, the track is a testament of what it feels like to get stuck inside your own head. A crushingly relateable narrative for all the introverts out there, struggling to make it through dinner parties one awkward conversation at a time.

Johnson took some time to discuss his new project at greater lengths. Read along while you stream the track below.

What made you want to pursue this project?

AJ: The ease of creating alone is really cool and was a big reason why I started doing my own thing rather than start a band. I’m the only person I need to hold accountable for anything that I release. The cool thing is that I have a great support group (Derek Ted who mixes the songs, Sam Mitchell who does all of the photos and album artwork, and my friend Ian Joslin who’s about to do all of my merch designs/branding I mean WHAT what merch).

Many of your lyrics reflect struggles around mental health, would you like to elaborate on that? Is music a positive outlet for you?

AJ: Music is definitely a positive outlet for me. I don’t think I’m necessarily struggling mentally any more than an average person does. My hope in being candid is that maybe when someone who struggles to get out of bed in the morning hears that I also sometimes can’t get out bed, it makes them feel a little bit less alone in that.

Why did you decide to do this unique release pattern instead of the basic, “drop a few singles and then put the album out”?

AJ: I didn’t really know what I was doing when I started this project. I still don’t. It’s only been a few months. I had a lot of songs that I’d already written for my old band, and instead of using them for this project and cutting an album or whatever, I scrapped almost all of them because I decided that it was important to move forward and stay productive. The whole release-music-every-two-weeks thing is just a way for me to stay as productive as possible. Each song has been written, recorded, and released in a two week period, sometimes less than that if I’m feelin crazy.

I saw something recently making a joke about how everyone who started their careers playing punk grew up to start indie rock bands. What are your thoughts on this? How has your past affected this project?

AJ: I mean, it’s a joke because there’s a ton of truth to it. I was in a punk band from when I was 17 until I was 22 and then played in an indie rock band from 22-25 so that’s definitely a valid joke. I learned a lot about DIY touring, people, and the country in general while in a punk band. I also learned to not to drink a ton of beer and then smoke weed directly after unless you wanna find yourself throwing up into a giant trash bag in a living room of a house in Salt Lake City that’s owned by a guy who goes by ‘V-Dog’ and has a foot-long mohawk.

Who are some of your influences?

AJ: There are far too many to list so I’ll just say what I’ve been listening to lately: The Cribs, Sidney Gish, Vundabar, Tom Petty and the Heartbreakers, Green Day, Cende, The Marked Men, and Madonna.

You seem to post a lot about your “tiny house”, has this affected your writing process or sparked new inspiration?

AJ:I am laughing, this is a great question. Tiny House is so great. My girlfriend Sam and I moved in together back in December and we found a really cool place via Craigslist. It’s in the heart of the San Fernando Valley and it’s just this guest house on a property owned by our landlord. Tons of trees and flowers – it’s almost like its own oasis in the valley. Lately I’ve been writing a lot of songs on a bench under this cool ivy enclosure and just kind of hiding while doing that.

Your work is very personal, is it nerve wracking to put this music out into the world?

AJ: Definitely yeah, but I’ve been trying not to think about that too much. When I put out my second song, it got a way smaller reaction than the first song, which got me down, until I talked with Sam that night. She asked me, “Who are you doing this for?” At the end of the day, I’m doing this for myself. If people like the songs, or they like my twitter feed, or whatever… that’s awesome. But that’s not my goal. I just want to be productive.

Do you plan on touring or playing shows soon? What’s your plan for the future?

AJ: I’m currently in the grueling process of finding a band in Los Angeles so I can do a release show for Append once I’ve finished the second half. I don’t have any plans to tour at the moment. The idea of traveling in a band kind of freaks me out right now, to be frank.

I know everyone hates this question but, what’s the story behind the name ‘Why Dogs Why’?

AJ: I don’t hate this question because mine is a cool story! I think people who hate this question either have a boring origin story or they just hate their name. Once, I was attempting to think of a name for this thing. Sam looked up a band name generator at work, and one of the questions asked for your favorite animal, I guess. She entered “dogs” and the word “dog” kept showing up in the generated band names that she was sending me. She said WHY DOGS WHY, clearly confused as to why the word was in every name, and that was better than any name that a generator could make up.