Home  >  Interview: The Vaughns on their New EP ‘Rom-Coms + Take-Out’ and Experimenting With Sound

Interview: The Vaughns on their New EP ‘Rom-Coms + Take-Out’ and Experimenting With Sound 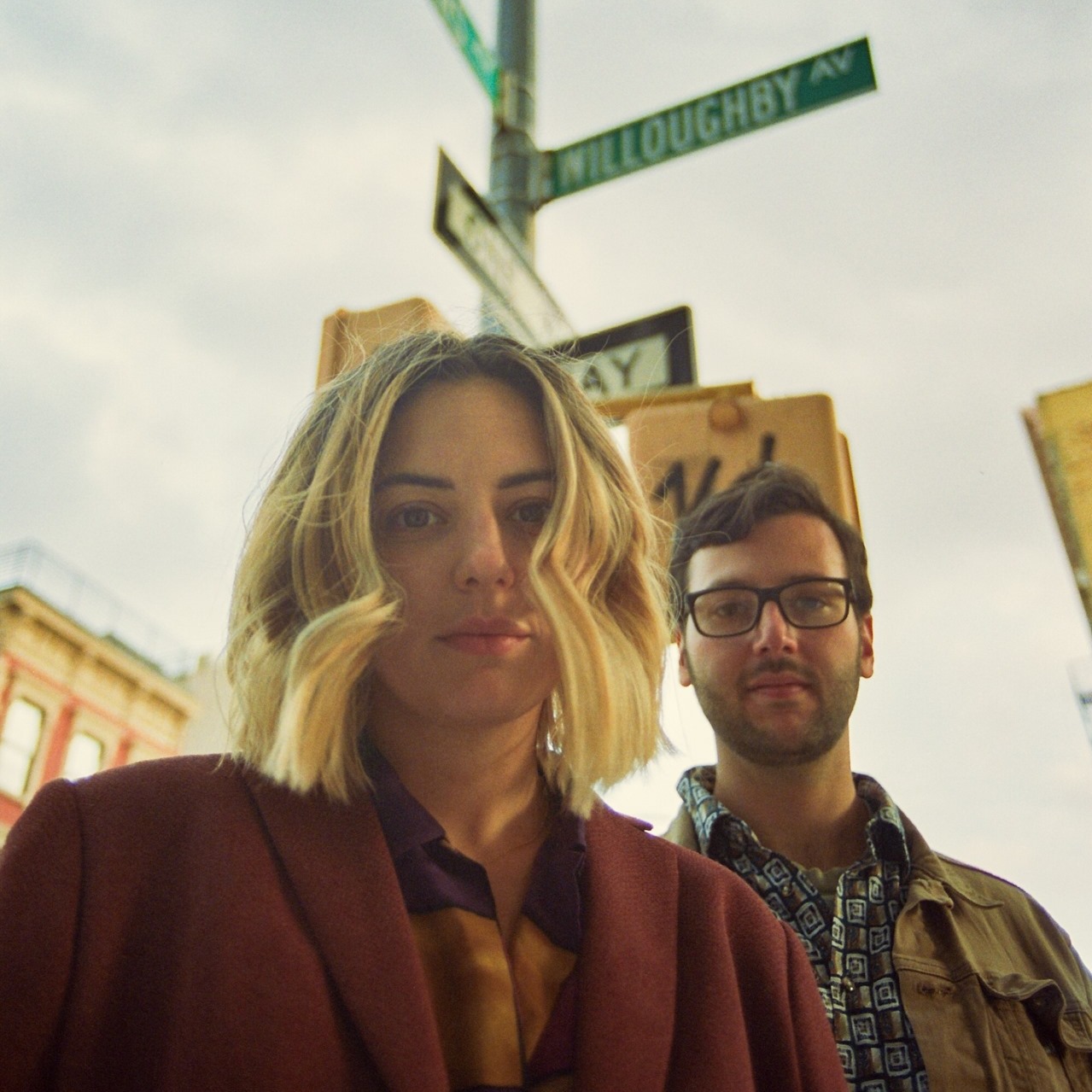 The New Jersey-based duo, The Vaughns, recently released their dreamy three-song EP, Rom Coms + Take-Out on Equal Vision Records. Lindsy got to speak with singer/guitarist Anna Lies and drummer Ryan Kenter about the EP and how they’ve been able to dive deeper into their craft.

First off, I wanted to congratulate you on getting signed to Equal Vision Records. What has the transition from self-releasing music to joining their roster been like?

Ryan: Honestly, there were definitely a lot of changes but I think the best part about it is having a whole team of support behind you. It’s like, “Oh, should we put it out this way? Should we post here? Should we do this?” Their experience doing all these different things and just having support with everything we do makes things a little bit easier.

Moving from touring to now having all this extra time because of the pandemic & quarantine, how would you say that’s impacted your approach to songwriting, if at all?

Anna: I feel like with songwriting, it’s been nice. We’ve gotten a lot more time to kind of settle in and take our time with the songs. When we first started writing these, it was early on in quarantine and we got to hunker down here at Ryan’s and it was kind of just a nice time to — I don’t know, we got a little bit more than extra uninterrupted time to really focus on what we were trying to do and what we were trying to say with them. I think that really paid off with this release and we’re really happy with how things came out.

With the announcement of the EP, you mentioned the use of different elements like strings and electronic drums. Was that something that you planned on using or did it come about naturally?

Ryan: When we write songs, we try to go into it saying, “What’s the purpose here? What are we trying to get at?” and what kinds of instruments and sounds fit the song the best way. I think with ‘Raina’ where we had string parts and the electric drums, it definitely didn’t start that way but I think as we were experimenting and figuring out what was best for the song, we found our way there with both of those.

Anna: Yeah, I think it was pretty organic. We were using a lot of synths and settings that kind of sounded like strings and at some point, we were like “What if we just got real strings on this?” Once we started hearing what that was actually like, it was definitely the move.

The record was engineered, produced, and mixed by Joe Reinhart who has worked with some of my favorite artists like Joyce Manor and Hop Along. Did he influence your approach at all?

Anna: Joe was phenomenal. Once we got in the studio with him, we really felt like it all clicked. The songs were pretty developed before we got in there but he definitely had notes as we went through the songs and when we showed him the demos. I think we both felt that every not he gave us was totally right. I feel like he was really able to enhance the songs but overall, our creative view was pretty established.

Ryan: I’d agree with that. What Joe really did was, we would go into the studio with a certain sound and he had all of these incredible techniques and experiences and how to break them down to sound the best way that they could. He was also able to add some spice on top of it and bring out the best parts of what we were going for. Overall, it was such a great experience.

Going back to the song ‘Raina’, it’s a really vulnerable song and the black and white music video really captures that feeling. Could you talk a little bit more about it?

Anna: Yeah, it’s a really vulnerable song and I wrote it as I was falling in love with my partner Raina. It was one of those things where I sat down and there was really no motive behind it other than just trying to write something that purely expressed the love I was feeling at that moment and the appreciation of a person. I don’t think I’d ever really written a love song before so I kind of just sat down and it poured out. It was one of those really natural, organic things. The main riff, Ryan and I just hummed along one day and based it around that.

I think we always knew we wanted kind of a really dramatic video for it because there was something so cinematic about the song with the strings and the swells and all that stuff. We felt like the purest way to present that was to create a video that was a performance piece and highlights the sheer vulnerability of it that it took to write that song and then share it with the world, it’s super bizarre

Ryan: Because it’s such a vulnerable and stripped down song, we wanted the video to have that same feeling. Going black and white and having a theater – we really wanted the venue to match the song we were putting out.

Listening to the record, I feel like it really centers around the theme of personal growth which I feel like a lot of us are collectively going through with the pandemic. Is there something, personally or artistically, you feel like you’ve learned during this time?

Anna: The big thing for us has been simplifying and really hammering into what we want a song, as a whole, to be as opposed to just writing whole parts. I think that’s been a real game-changer for us. Personally, it’s just those moments in life where you feel like you have nothing left to show or do other than just be yourself and be vulnerable with the people around you. There’s a lot that went down with both of our lives before this release that I think really opened Ryan and I up to each other as people and friends.

Ryan: Before this release, we had a lot of changes with the band and our personal lives. Because of all those changes, we were open and honest with each other and that came into the music. Finding what’s best for the song and being honest with how things are and not the best thing for me personally.

Anna: That’s exactly it. I think we both just had to strip a lot of our egos and we were kind of healing together and figuring things out. I think we just got really open to the place where we could give each other really harsh notes about the songs but we both knew that the intention was to make the best possible song. I think this EP is the first time we’ve been able to do that as a band and it’s really, really exciting.

Ryan: To go off an earlier question of bringing something else in, I don’t think I ever would’ve just electronic drums a year before we put this out.

Do you feel like that’s something you’ll experiment with more in the future?

Ryan: If the song calls for it!

You’ve done a lot of touring along the east coast and have so many diverse bands within New Jersey’s DIY scene. What are some bands, active or inactive, that people should know about?

Anna: ManDancing, we love. They’re incredible. There’s so many bands. I feel like we come from a really strong community of musicians in New Jersey and all of them are really supportive of each other for a really long time. Even like bands that have shifted, or broken up or formed into new bands. There’s so much love and support from all of them.

Ryan: With music, there’s always going to be some kind of inherent competition like there is with anything but with the New Jersey scene when you come together and play together, you never really feel like that. Also one more band, YJY, really good surf band.

Anna: They broke up a while ago but are one of our favorites. Great hooks, great songs, and themes.

If you were to build a dream tour lineup, who would it be?

Ryan: That’s hard, we could just name any band we really like. I think Sylvan Esso would be really cool.

Anna: I think we’re so desperate to play shows, we’ll take anything we could get. I just want to play.

Ryan: We could go down the list of bands but I think any cool show with any cool band, the chance to play again would be our dream.

I live in Nashville and while live music’s been on pause, the local all-ages venue, Drkmttr, has converted their space into a Free Store for the community. Is there anything similar to that happening in your music scene?

Anna: We don’t have anything as cool as that so maybe we should try to put something together. In the summer, and I’m sure it’ll come back this summer, there were some cool drive-in shows that were happening. I know Have A Good Season played one which is another great Jersey band. Other than that, I think the best you can do for artists right now is to just support the ones that you love online as much as you can. I think for artists it’s really weird not to be playing shows right now because we’re so used to it and you always get a lot of positive reinforcement when you play shows and that’s definitely missing to some extent. I would just say to support your friends and favorite local bands. Listen to their music and reach out and tell them that you’re still listening and enjoying.

Ryan: Post about them, show your best friends – virtually not in person.