Interview + Song Premiere: Square Loop – “Out of Sight / Out of Mind” 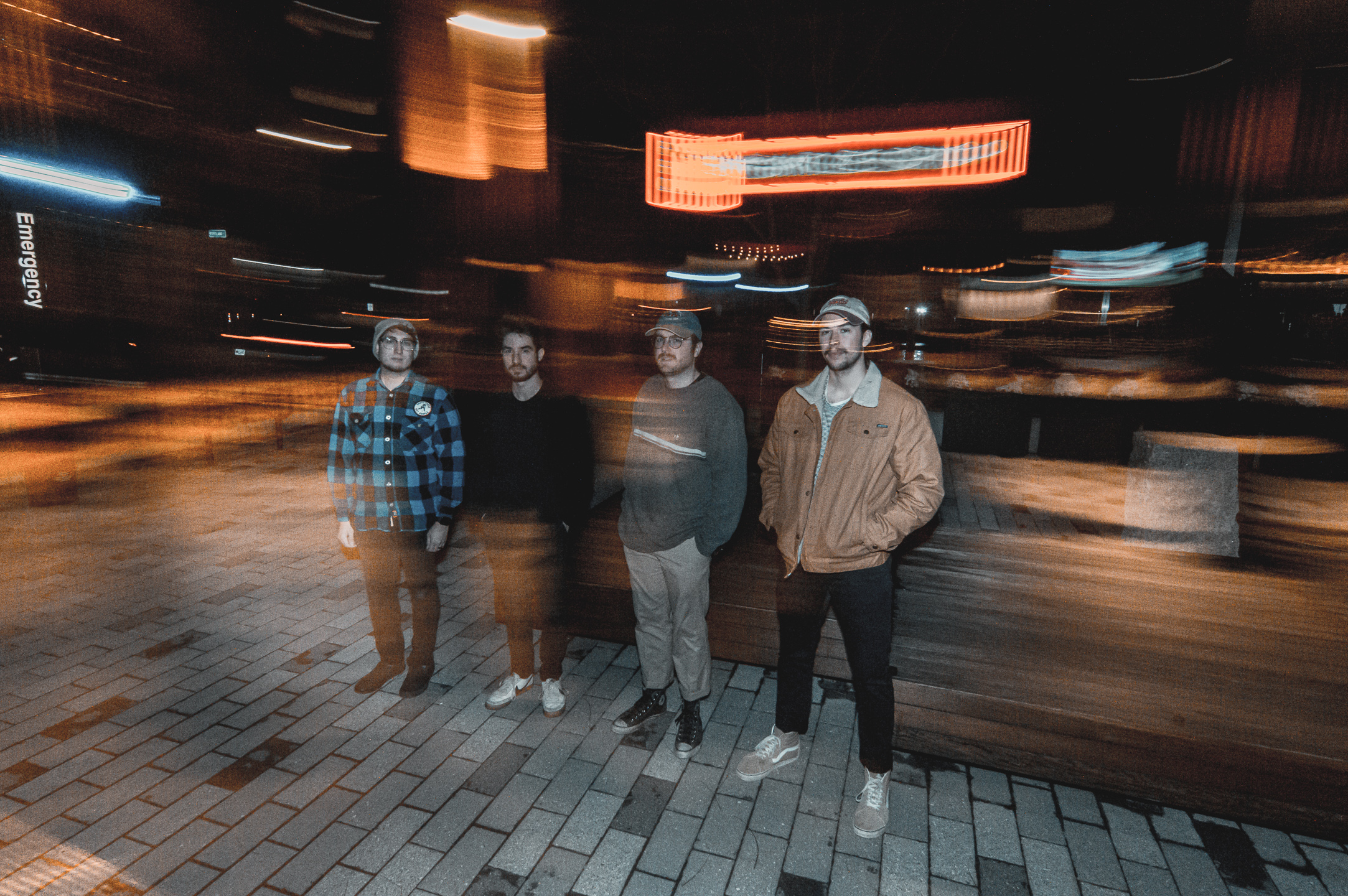 Worcester, MA, emo-pop group Square Loop dropped two of 2022’s best emo tracks at the very tail end of the year. The “Short Breath” single, backed with “I Spent the Week Inside,” demonstrated well the band’s knack for crafting catchy, mathy emo songs at varying tempos. They were the first taste of the band’s upcoming sophomore The Longest Distance Between Two Points–but now they’re back with more. We’re excited to bring you and exclusive stream of the album’s final single, the twinkling ballad “Out of Sight / Out of Mind,” along with an interview with the band. Check those out below.

Why did you decide to pair “Short Breath” with “I Spent the Week Inside”? What story do they tell together?
Initially I chose the two tracks as a dichotomy of tempo and general energy. “Short Breath” is more upbeat while “I Spent the Week Inside” is slower and a bit more somber. But as I listened to the tracks more as an A/B rather than two individual tracks, they started to inform each other like a call and response. “I Spent the Week Inside” touches on the anxieties about living alone during time in quarantine, while “Short Breath” really emphasizes the fact that nothing is as bad as we think as long as we don’t get too overwhelmed or in our heads. Although the call and response is reversed, with “Short Breath” being the front of the A/B, it still serves as an upfront reminder not to get too into our heads before we tackle the other problems in our lives.
How would you say this record is different from Mom Come Pick Me Up?
The Longest Distance is definitely more mature of a record than Mom Come Pick Me Up. I was writing a lot of those tracks in college and just after college so the songs did deal with some themes that are more prevalent around that age. As I’ve been living on my own for a little while and getting into the groove of my twenties, I’m starting to look at life a bit differently and I’ve been asking some deeper questions that I didn’t even think about before–one of the questions being where I fit in the world and how do I get there? Another theme that is present throughout the album is the loss of innocence and vibrancy of life. A lot of the excitement that surrounds the younger years has faded away and it’s replaced by more responsibility and general malaise in everyday life, and working out how to be happy with this new way of life.
What do you want listeners to get out of The Longest Distance?
I think everyone will find meaning in something different as there are a lot of themes that carry throughout the record. However, I think that everyone will be able to glean that there is no one correct way to live your life, that it’s okay not to have everything figured out, and not to compare your progress with everyone around you. Lyrically I think that is what I really intended to convey in writing this record. Sonically, I really like how much the sound has grown since the last record. During writing and recording, we were a lot more careful in choosing textures and chord voicings that give a fuller and richer embodiment of the songs. Working with Gary Cioni at Sound Acres really allowed us the time to experiment and write a bit in the studio rather than rushing everything to get the songs done.
Why did you decide on this new song to be the third single from the record? What new perspective does this one show off compared to the previous two?
I decided on “Out of Sight / Out of Mind” as the last single for a couple of reasons. First of all, it’s my favorite track from this record. I was able to spend the most time with it throughout writing the record process and I love how everything came together. Secondly, I think it speaks a lot to where I am right now. It’s tough to find your “space” at this point in life and it takes a lot of trying different things to figure it out. Some things we try might not stick the way we want them to and instead of looking at these things as failures, we can find comfort in the experiences, be glad we had them, and move on from them.
You speak a bit about how much more mature this record sounds than the previous, how much richer—what aspects of The Longest Distance, in particular, are you proudest of compared to your other work?

I’m definitely most proud of the ambition not to settle with the “easiest” writing process. On the last record, I think I was a bit complacent in the song structures and some of the instrumentation and lyrics chosen. On The Longest Distance I wanted to push myself to go deeper into the ideas and not settle until it was something I could sit with and be completely happy with. Having Gary with us also allowed us to be more creative in the studio and focus so much more on the music than on the technical side of the recording process. I think that had a large influence on making this record what is.

The Longest Distance Between Two Points is out February 10th, and you can catch the band on tour: