Shab Ferdowsi is the mastermind behind the Los Angeles based, fuzz pop band, Blushh. Ferdowsi is somewhat a veteran of the scene even though she only started writing music in 2015. The multi-talented musician, found a home within the industry at an early age. Her creative life began with a love for blogging and photography. After going on multiple tours as a photographer, she began songwriting about four years ago and played her first show months later.

Ferdowsi is a gleaming example of what surrounding yourself with uplifting and positive forces can do for you. The network and ever-glowing community of musicians she called friends, motivated her to start writing songs. Now, we are lucky enough to graze upon the fruits of Ferdowsi’s talent. She proves it’s never too late to pursue your dreams.

Blushh has now released two EP’s and recently dropped a few singles “July” and “All My Friends”. We spoke to Ferdowsi about how she got into songwriting, the best place to get tacos in Los Angeles, her plans for the future and so much more. Stream some of their recent tracks while you read our interview below.

How has the summer been treating you?

Truthfully the summer has been weird. It started off GREAT because we were on tour with Summer Cannibals, but then I got home back to unemployment, and it’s been a roller coaster ever since. I went to Turkey with family from Iran, which was nice. And I threw a bunch of events which was awesome! But I’m still unemployed and figuring my non-music life out.

What kind of feelings do you get when releasing new singles? How did that translate with “July”?

Lately I’ve been trying to take pressure off releases. Instead of ‘I hope people like it’ I like to hope that with every new song I get to reach new fans, even if not necessarily more fans.

You started playing music semi-recently but have been involved in the music scene for a long time, what made you decide “okay I’m going to buy a guitar and get serious”?

My friends! After years of helping bands out, my social circle of friends was made of 99% musicians. A few months into writing songs, I showed some of my friends what I had written at a kickback at my house. After the “performance” they came up to me and offered to both play in my band and record my music. I had truly never thought about pursuing these songs as anything other than a hobby I picked up in Ireland. 11 months later, I recorded my first single and played my first show. All thanks to my friends!

Can you tell me a little bit about the first song you wrote?

It was titled “Alone” and it was about being lonely at shows. I wrote it in August 2015. The second song I ever wrote was “I don’t wanna leave” which came out on my first EP! I’ve never thought about revisiting “Alone” but maybe I will?

How does that differ to your music now?

Oh MAN! In so many ways. I had no sense of 4/4 or power chords, and lyrically it was much simpler. I’ve listened to so much more music then, and have been finding myself more influenced than I was before, for better or for worse!

What was the hardest part about gaining your footing as a musician?

I’m still getting my footing! I’m 10+ years behind every single musician around me. It’s both intimidating and motivating trying to get better at singing, playing guitar and writing. I have to remind myself it’s impossible to compare where my skills are to anyone’s around me, even though Blushh is riding the same wave as their projects.

What advice would you give to anyone who thinks it’s too late to start something new?

It’s never too late! It helps collaborating with people who are better than you are, and at the end of the day ignoring the little voices in your head that tell you you’re not good enough.

As someone who has delved into various aspects of the industry, what’s your favorite part of it? Photography, writing, playing, etc?

Playing 100%. I had been a photographer on tour 5-6 times before playing my first one. Shooting on tour is fun: you get to travel, hang out with new friends, make new ones, document the whole experience. But when you’re an artist you get to connect with everyone in a much deeper way. You get to share your art with strangers who then feel moved by what you made. You get to use your voice and art to foster emotion and inspire action. I had never felt anything like it until Blushh went on its first tour in September 2018.

Where do you find inspiration to write new music? How does creating in that way differ than other creative outlets for you?

Photography was at the core of who I was for so long, almost 10 years. But like I mentioned, when I started performing my music in different cities, I realized why I loved it more than photography. When I’m shooting, I like to capture other moments and other people as they are. But when I’m songwriting and performing, I get to create and tackle much more complex issues. I get to emote, which is something I never felt I did when shooting.

Who are some of your favorite local musicians right now?

Where is your favorite spot in LA to get tacos?

Carnitas Michoacan! It was one block away from my old apartment and it’s open 24 hours.

If you could throw a show anywhere where would it be?

In the middle of the Redwood forest.

Can you tell me a little bit more about your future plans for the band?

All I know is I want to tour forever, so it would be nice if that came to fruition!

Is there anything else you want to talk about or add?

Be kind, work hard, follow through, and the worst that can happen is you’ll have some fun! 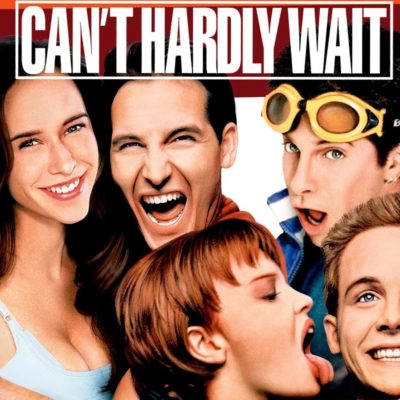 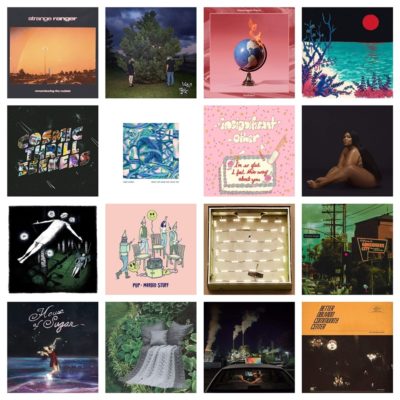