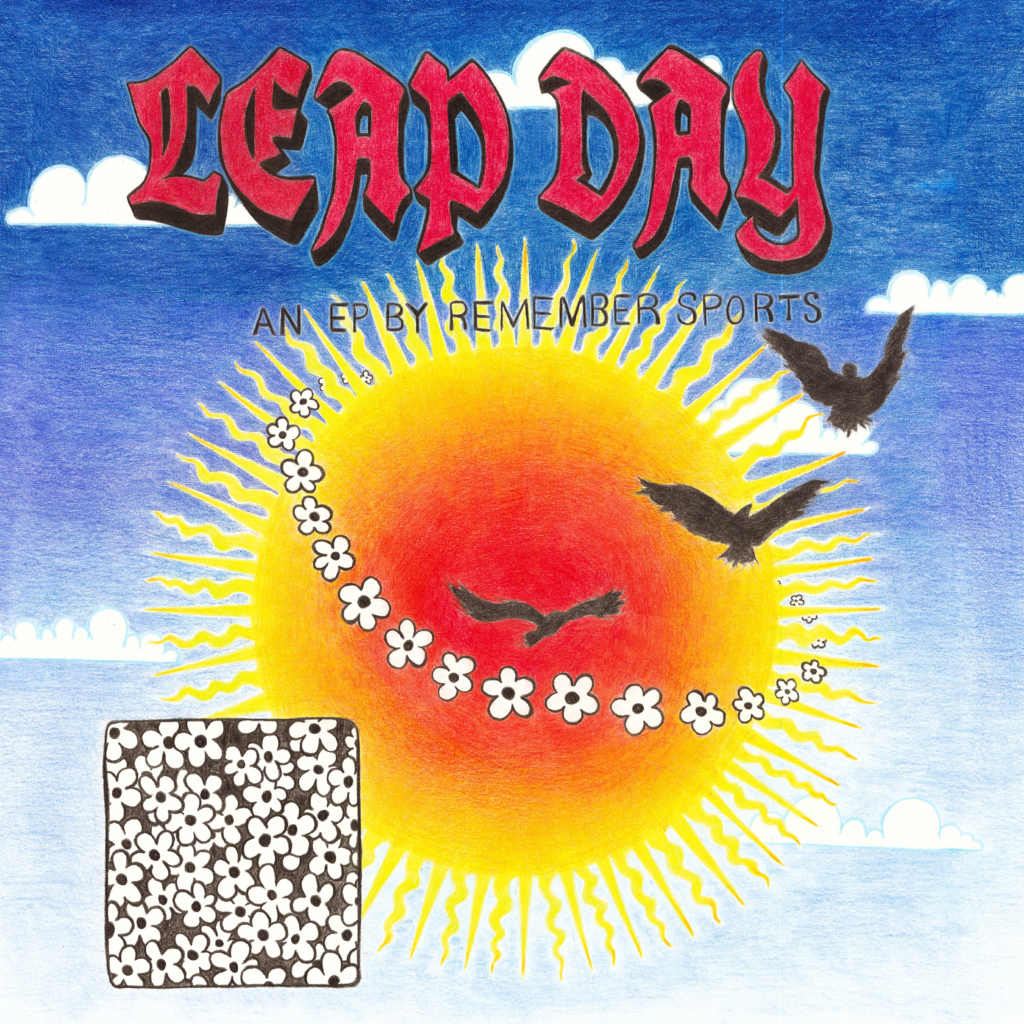 Remember Sports has always been great, but they seem to get better with each release, and their excellent Like A Stone probably doesn’t get the attention it deserves. Their follow-up comes in the form of a surprise EP Leap Day, a collection of four songs that showcase exactly what makes them such a solid band. Carmen Perry’s lyrics are biting as ever, the danceable grooves from the bass free the guitars up to wander around, and there’s almost a refusal to be defined as all these songs sound a little different from one another while still managing to come together in a natural way. Over an email interview, the band talked about that variety and unpredictable nature of their music, saying “we’ve always loved playing around with unexpected sounds and making things sound more fucked up than they are. I think EPs are a good opportunity to experiment with stuff like that in a low stakes kinda way.”

Touching more on the decision to put out an EP, the band said “our last release was Like a Stone in 2021, which was an album we worked really hard on before the pandemic. Because of that, it got super delayed coming out and obviously a lot has happened since then. We wanted to start playing shows again, which is easier to build excitement for when you have new music out. We want to take our time and not rush another album, so an EP seemed like a good way to mess around and get people excited to see us in Europe.”

Leap Day is split into two clear halves, with the group letting loose a little more on side one, while the back half opts for more acoustic instrumentation, allowing Perry’s lyrics to fill up the empty space left by the heavy distortion on the first two tracks. Opener “Leap Day” grows from its ethereal beginning built off the programming and bass, with the rest of the band slowly joining. In the throw-any-idea-in-there nature of EPs, there are some cool moments like a surf guitar riff coming in for a bar or two before disappearing or grimy distorted sound right before the band kicks in for the huge ending of the tune.

The EP was recorded largely with drum machine accompaniment, but the band mentioned this didn’t change their approach much, saying “we usually have a pretty good idea of what we want the drums to sound like early into writing a song, so it was just a matter of programming them in. We also recorded some live drums on top of the machine—Catherine played on the end of ‘Leap Day’ and Julian Fader (who mixed tracks one and two, and plays drums in our live band) played on ‘Supervise.’ We really like the feel of mixing live sounds with computer sounds. I think it gives it body but also keeps the song grounded.”

Remember Sports creates a harmonious balance from that mix of live and computer sounds throughout Leap Day, but especially “Supervise.” The bounciest song here, “Supervise” grows out of a fun bass melody, kicking into a hard-rocking bridge after Perry sings “she asked if I was happy / what else would I be?” The tune goes out on the repetition of “wishing you here / got old real soon / tried to supervise / got too blue,” accented by some tambourine thrown on top of the drum machine.

“Ice Cream Heart” marks the turn to the acoustic half, and works as a transition between the rolicking “Supervise” and the more solemn “The One You Wanted.” The song is largely built off the churning acoustic strumming, but there are still some gnarly riffs, fat electronic drums, and one particularly wild burst from the electronics cutting through the lines “don’t tell me to get over these things so easily / I’ve got an ice cream heart.” The song ends abruptly on an almost jarring riff that is immediately contrasted by the classical guitar take on “Joy To The World” that opens “The One You Wanted.”

Standing apart for its delicate and solemn feel, “The One You Wanted” opens with quiet a acoustic guitar and the line “out of all the things I’ve given up to break your heart / well, poetry is the worst part.” Slowly a shaker is added and the electronics begin to create an eerie atmosphere, building up to Perry’s repetition of “I tried to be the one you wanted.” The song has a little extra punch coming at the end of Leap Day, and the band noted it particularly, saying they hope fans hear that they “tried to go a little outside our wheelhouse for this EP. ‘The One You Wanted’ was a really vulnerable song for me to write and we don’t have a lot of other quiet songs like that in our catalog. We wanted to lean into different parts of all of our individual musical tastes than we usually do. When you’ve been a band for a long time, things can start to feel formulaic, and so I think this was a really fun way to sort of shake some of that up.”

Leap Day is out today on Father/Daughter Records in the US and Big Scary Monsters in the UK/Europe.